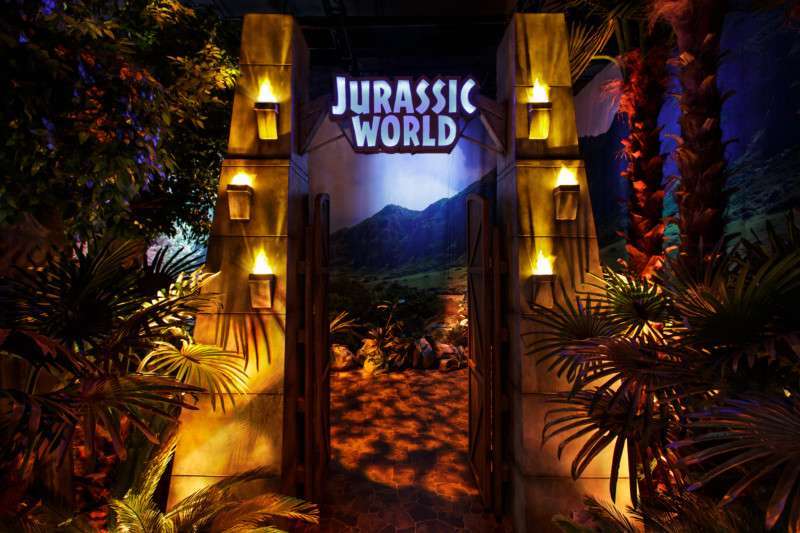 In previous cities, the exhibition proved to be a tourism draw with approximately 38 percent of total exhibition attendance coming from outside the host city. As a result, 27 Chicago hotels are offering hotel packages for families including discount room rates and VIP admission to the exhibition. Many partnering hotels are within walking distance of The Field or close to public transportation with drop-off points near the Museum making family transportation easy.

Featuring one of the closest simulations of dinosaurs ever created, Jurassic World: The Exhibition was created in close collaboration with renowned paleontologist Jack Horner and is infused with interactive educational elements—drawn from the real-world science of dinosaur DNA that allowed Jurassic World to come to life. The larger-than-life Exhibition made its world premiere in Melbourne, Australia and marked its U.S. debut at the Franklin Institute in Philadelphia, shattering attendance records at both venues.

Visitors travel to Isla Nublar as VIP guests to explore a towering Brachiosaurus; come face-to-face with a Velociraptor; and get a rare up-close look at the most vicious dinosaur of them all, Tyrannosaurus rex. To accommodate the massive size of the dinosaurs, the Field Museum has erected a 20,000-square foot exhibition tent on the front lawn of the museum—a first-of-its-kind structure for the museum.

About the Jurassic World Franchise

Scheduled for release in June 2018, the next installment of the Jurassic World franchise is currently in production in London.

Executive producers Steven Spielberg and Colin Trevorrow and stars Chris Pratt and Bryce Dallas Howard return for Universal Pictures and Amblin Entertainment’s Jurassic World Sequel, a follow-up to one of the biggest blockbusters in the history of cinema. Producers Frank Marshall and Pat Crowley once again join Spielberg and Trevorrow in leading the team of filmmakers for the next chapter in the franchise. Directed by J.A. Bayona (The Impossible), the film is written by Jurassic World’s director, Colin Trevorrow, and Derek Connolly.  Belén Atienza joins the team as a producer.

About The Field Museum

The Field Museum is one of the world’s premier natural history institutions and is home to one of its greatest dinosaur collections, including SUE, the world’s largest, best-preserved, and most complete Tyrannosaurus rex. Its staff maintains an irreplaceable collection of more than 30 million artifacts and specimens, which are made available to scientists around the globe. Additionally, the Museum maintains more than 350,000 square feet of permanent exhibitions. Since 2000, The Field has created 15 critically acclaimed traveling exhibitions engaging more than 12 million people worldwide.

About Imagine Exhibitions
Imagine Exhibitions is the global resource for all aspects of exhibitions and attractions. From design to creation, placement to presentation, marketing and operations, Imagine has the experience and inspiration to bring the best possible experience to any venue. Imagine is currently producing and touring over 30 exhibitions in museums, science centers, aquariums, integrated resort properties and non-traditional venues throughout the world.

About Creature Technology Company
Creature Technology Company is most famous for having produced the amazing dinosaurs for the incredibly successful Walking with Dinosaurs – The Arena Spectacular that set the benchmark for large-scale animatronic live entertainment. The benchmark was then set even higher with How to Train Your Dragon – Live Spectacular for DreamWorks, before creating the iconic puppets King Kong for the dazzling Global Creatures stage show and a talking, 7.5m tall animatronic Statue of Liberty for the annual Rockettes New York Spectacular at the world famous Radio City Music Hall. The three remarkable mascots for the XXII Olympic Winter Games Opening and Closing Ceremonies in Sochi were witnessed by billions and demonstrated a whole new capability of the company on a global stage.

Founded in 2006 and working out of a non-descript factory in Melbourne Australia, Creature Technology Company is producing the most technologically sophisticated, creatively inspired and life-like animatronic creatures for exhibitions, arena spectaculars, theme parks, stage shows and events in the world. Visit Creature Technology.

Joe Kleimanhttp://wwww.themedreality.com
Raised in San Diego on theme parks, zoos, and IMAX films, InPark's Senior Correspondent Joe Kleiman would expand his childhood loves into two decades as a projectionist and theater director within the giant screen industry. In addition to his work in commercial and museum operations, Joe has volunteered his time to animal husbandry at leading facilities in California and Texas and has played a leading management role for a number of performing arts companies. Joe previously served as News Editor and has remained a contributing author to InPark Magazine since 2011. HIs writing has also appeared in Sound & Communications, LF Examiner, Jim Hill Media, The Planetarian, Behind the Thrills, and MiceChat His blog, ThemedReality.com takes an unconventional look at the attractions industry. Follow on twitter @ThemesRenewed Joe lives in Sacramento, California with his wife, dog, and a ghost.
Share
Facebook
Twitter
Linkedin
Email
Print
WhatsApp
Pinterest
ReddIt
Tumblr
Previous articleGarmendale Engineering Names Kelvin Ensor General Manager
Next articleBryan Hinckley Promoted to President of Electrosonic USA