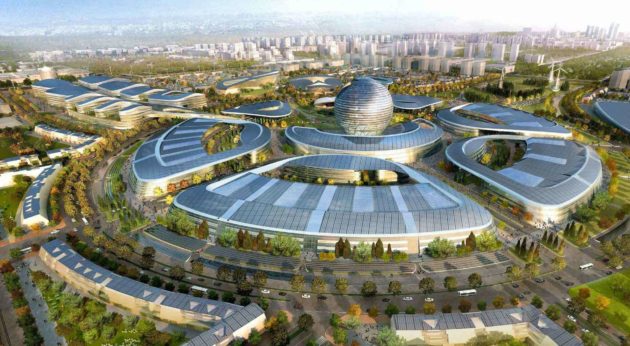 Helsinki, Finland — Between June 10 and September 10, 2017, Finland will take part in EXPO 2017 Astana held in the capital city of Kazakhstan. This world fair will be an exhibition of future energy solutions.

Minister of Economic Affairs Olli Rehn and Minister for Foreign Trade and Development Lenita Toivakka described the decision to participate in the fair as a strong expression of support for Finnish energy sector companies and energy efficiency. The Astana world’s fair is held in the 100th anniversary year of Finland’s independence, and participation in it is seen as something that will help reinforce the positive image of the country in Central Asia.

– Organizers point out that Finland is one of the world’s leading countries in energy sector expertise, energy efficiency and cleantech, and state that this expertise will be showcased in the Finnish pavilion at Astana EXPO. “The participation will be organised as cost-effectively as possible. Many Finnish energy companies are already operating in Kazakhstan, and we hope to also draw the interest of new businesses to the Central Asian market,” says Minister Rehn.

– Finland’s participation at the world fair is considered to be an important further step that continues the work to promote Finnish exports in Kazakhstan through Team Finland activities and otherwise. The energy, cleantech and education sectors are seen as rapidly increasing areas of cooperation that, however, still offer plenty of untapped potential, with Kazakhstan and its neighboring areas offering Finnish companies new, emerging markets. A possibility of starting direct flights to Astana would help companies and authorities keep in contact with Kazakhstan and other parts of Central Asia, and also encourage tourism between the two countries, noted Minister Toivakka.

The decision on Finland’s participation in EXPO 2017 Astana world fair was made at a government plenary session on 26 May 2016.

Joe Kleimanhttp://wwww.themedreality.com
Raised in San Diego on theme parks, zoos, and IMAX films, InPark's Senior Correspondent Joe Kleiman would expand his childhood loves into two decades as a projectionist and theater director within the giant screen industry. In addition to his work in commercial and museum operations, Joe has volunteered his time to animal husbandry at leading facilities in California and Texas and has played a leading management role for a number of performing arts companies. Joe previously served as News Editor and has remained a contributing author to InPark Magazine since 2011. HIs writing has also appeared in Sound & Communications, LF Examiner, Jim Hill Media, The Planetarian, Behind the Thrills, and MiceChat His blog, ThemedReality.com takes an unconventional look at the attractions industry. Follow on twitter @ThemesRenewed Joe lives in Sacramento, California with his wife, dog, and a ghost.
Share
Facebook
Twitter
Linkedin
Email
Print
WhatsApp
Pinterest
ReddIt
Tumblr
Previous articleLatest LaserTAG360 Event from Creative Works Attended by Representatives from 30 FECs.
Next articleAlcorn McBride Unveiling Newest Version of V16 Pro at InfoComm 2016