Fionnegan Murphy Promoted to VP of Design at Diablo Sound 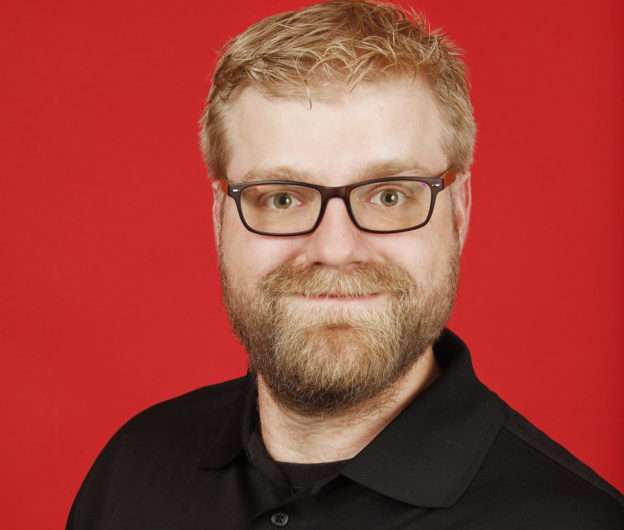 In accordance with Diablo Sound’s recent growth, Fionnegan Murphy – previously a Senior Project Manager – has taken on the position of Vice President of Design.

Murphy states: “Diablo Sound believes that our clients deserve reliability and simplicity. We are hired to solve problems in some form or another. As VP of Design I have the pleasure of ensuring not only consistent quality in our designs, but I will also reinforce the positive, problem-­‐solving attitude that has been the core of our reputation from the beginning. By creating the templates our designers will use in the field, and providing training and support to those designers, I can ensure that our contractors have the time and energy to remain flexible to any changes that occur on the job site.”

Murphy has been with Diablo Sound since 2008 as a Systems Designer and Project Manager on Halloween Horror Nights at Universal Studios Hollywood. This will be Murphy’s 11th year with Halloween Horror Nights. Recently, Murphy has also been the lead show control programmer and video programmer for three Marvel Avengers S.T.A.T.I.O.N. projects (Paris, Las Vegas, and Singapore), where he integrated animations, interactive games, lighting, and audio, as well as programming 90 video screens or more in each attraction.

Murphy has a MFA in Sound Design, and is certified on DANTE Level 1 & 2 and Q-­SYS Level 1 & 2. He’s a Alcorn McBride Advanced Show Control Programmer, and an advanced BrightSign programmer.

“We couldn’t be more proud to advance Fionnegan to the role of VP,” says Drew Dalzell, the President and Principal Designer at Diablo Sound. “He’s an incredible asset to our company, and this new leadership role is a exciting benefit for Diablo Sound and our clients.”

Joe Kleimanhttp://wwww.themedreality.com
Raised in San Diego on theme parks, zoos, and IMAX films, InPark's Senior Correspondent Joe Kleiman would expand his childhood loves into two decades as a projectionist and theater director within the giant screen industry. In addition to his work in commercial and museum operations, Joe has volunteered his time to animal husbandry at leading facilities in California and Texas and has played a leading management role for a number of performing arts companies. Joe previously served as News Editor and has remained a contributing author to InPark Magazine since 2011. HIs writing has also appeared in Sound & Communications, LF Examiner, Jim Hill Media, The Planetarian, Behind the Thrills, and MiceChat His blog, ThemedReality.com takes an unconventional look at the attractions industry. Follow on twitter @ThemesRenewed Joe lives in Sacramento, California with his wife, dog, and a ghost.
Share
Facebook
Twitter
Linkedin
Email
Print
WhatsApp
Pinterest
ReddIt
Tumblr
Previous article
#73 – Asia/Technology
Next article
Christie and Interstate Electronic Systems Combine Media Technology and Public Safety in New Orleans