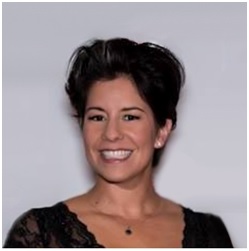 Baltimore, MD, USA — ASTM International has announced that Franceen Gonzales, Vice President, Waterpark Business Development of WhiteWater West, has been elected to the ASTM International Board of Directors.  Her term will run for two years starting January 1, 2014.

The ASTM International Board of Directors, which consists of twenty-five people, is responsible for the worldwide affairs of the Society which is the globally-recognized leader in the development and delivery of international voluntary consensus standards.  Approximately 12,000 standards are used around the world to improve product quality, enhance safety, facilitate market access and trade, and build consumer confidence.

“I am certainly honored and humbled by the confidence being placed in me.  ASTM International is made up of more than 30,000 of the world’s top technical experts and business professionals representing 150 plus countries.  These volunteers tirelessly contribute literally millions of man hours annually all in the name of making the world a better and safer place.  I am proud to be among them,” expressed Franceen Gonzales.

A member of ASTM International since 2001, Gonzales serves on Committees D22 on Air Quality, F15 on Consumer Products and F24 on Amusement Rides and Devices. She is currently Recording Secretary for the Main F24 Committee and Secretary of the F24 Executive Subcommittee. She was Chairman of Subcommittee F24.70 on Water-Related Amusement Rides and Devices from 2006 to 2009.

“Franceen has been incredibly committed to the F24 Committee and its goal of producing the most comprehensive safety standards for ride safety in the world.  Her passion for guest and worker safety runs deep and sets a high standard for the rest of us to meet.   As Chairman of F24 for the past six years, I have relied greatly on Franceen to help guide the dramatic expansion of the committee membership and of the standards both in content and global acceptance.  She has never shied away from any task or challenge whatsoever,” exclaimed Jim Seay President of Premier Rides and Chairman of the ASTM F24 Committee.

In 2013 Gonzales and Seay, along with the International Association of Amusement Parks and Attractions (IAAPA) Vice President of Latin American Operations Paulina Rayes, worked with the Bolivian Government to create a framework that could be adopted worldwide that allowed the ASTM F24 safety standards to be incorporated into the country’s regulatory code while respecting regional priorities.

Len Morrissey, Director/TCO Division of ASTM International, stated, “The success in Bolivia demonstrated that any country, including those with rapidly emerging economies, can set a high bar for safety.  Franceen was an integral part of the effort and her international expertise was clearly evident.  ASTM is fortunate to have her on board.”

In her current role at WhiteWater West Industries Ltd., Franceen, who is based in Florida, is responsible for directing sales and business development for the waterpark and attractions company in areas of the U.S. and throughout Latin America.

Gonzales has more than 25 years of experience in waterpark operations, safety and risk management. She assumed her current role in 2013 and prior to that served as Vice President of Risk Management and Waterparks at Great Wolf Resorts, Madison, Wisconsin, where she oversaw safety and risk management as well as waterpark operations and maintenance for the company’s 12 indoor/outdoor waterpark resorts in North America. She has also held top management roles at Six Flags Great Adventure, Golfland Entertainment Centers Inc., Waterworld Safari and Wet ’N’ Wild Waterworld.

Joe Kleimanhttp://wwww.themedreality.com
Raised in San Diego on theme parks, zoos, and IMAX films, InPark's Senior Correspondent Joe Kleiman would expand his childhood loves into two decades as a projectionist and theater director within the giant screen industry. In addition to his work in commercial and museum operations, Joe has volunteered his time to animal husbandry at leading facilities in California and Texas and has played a leading management role for a number of performing arts companies. Joe previously served as News Editor and has remained a contributing author to InPark Magazine since 2011. HIs writing has also appeared in Sound & Communications, LF Examiner, Jim Hill Media, The Planetarian, Behind the Thrills, and MiceChat His blog, ThemedReality.com takes an unconventional look at the attractions industry. Follow on twitter @ThemesRenewed Joe lives in Sacramento, California with his wife, dog, and a ghost.
Share
Facebook
Twitter
Linkedin
Email
Print
WhatsApp
Pinterest
ReddIt
Tumblr
Previous article
360Heros Films in 360 Degrees At Top of Mount Everest, Announces 360 3D Camera Rig
Next article
Hubble Focuses In On Discovery Place’s IMAX Dome Theatre

ICON Leisure, through web of partnerships, to offer consulting for aquatic attractions