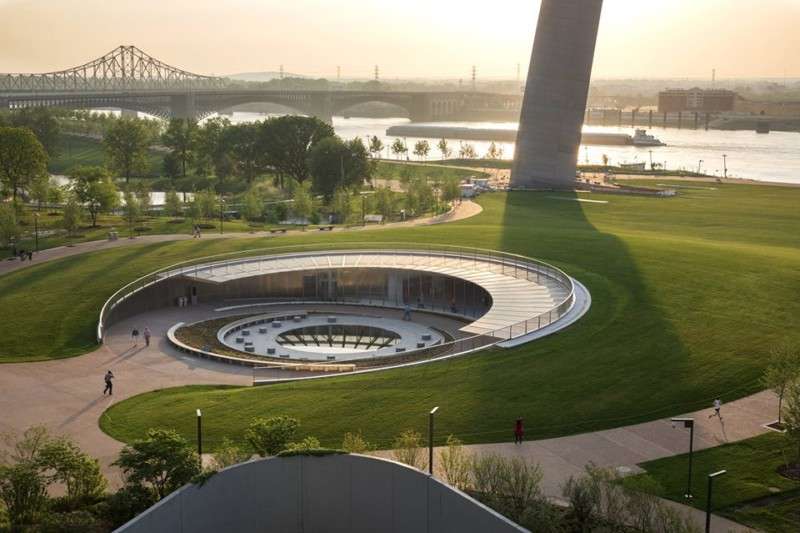 On Tuesday, July 3, 2018, Gateway Arch National Park celebrated the completion of the $380-million project to renovate the national park, the St. Louis Riverfront and Kiener Plaza with a grand opening celebration and public reveal of the Museum at the Gateway Arch. The National Park Service, Gateway Arch Park Foundation, Bi-State Development, Great Rivers Greenway, Jefferson National Parks Association, the City of St. Louis and MoDOT have collaborated on the renovations.

“This is a beautiful start to the next chapter of the Gateway Arch National Park story,” says Mike Ward, superintendent. “This re-imagined experience – the expanded visitor center and its new museum exhibit galleries, revitalized park grounds, St. Louis Riverfront and Kiener Plaza – tell the stories of westward expansion, innovation and architectural achievement in new ways, and physically connect downtown St. Louis to the Arch and riverfront for the first time. It’s unlike anything visitors have seen before, and we are so grateful to all who helped bring it to life.” 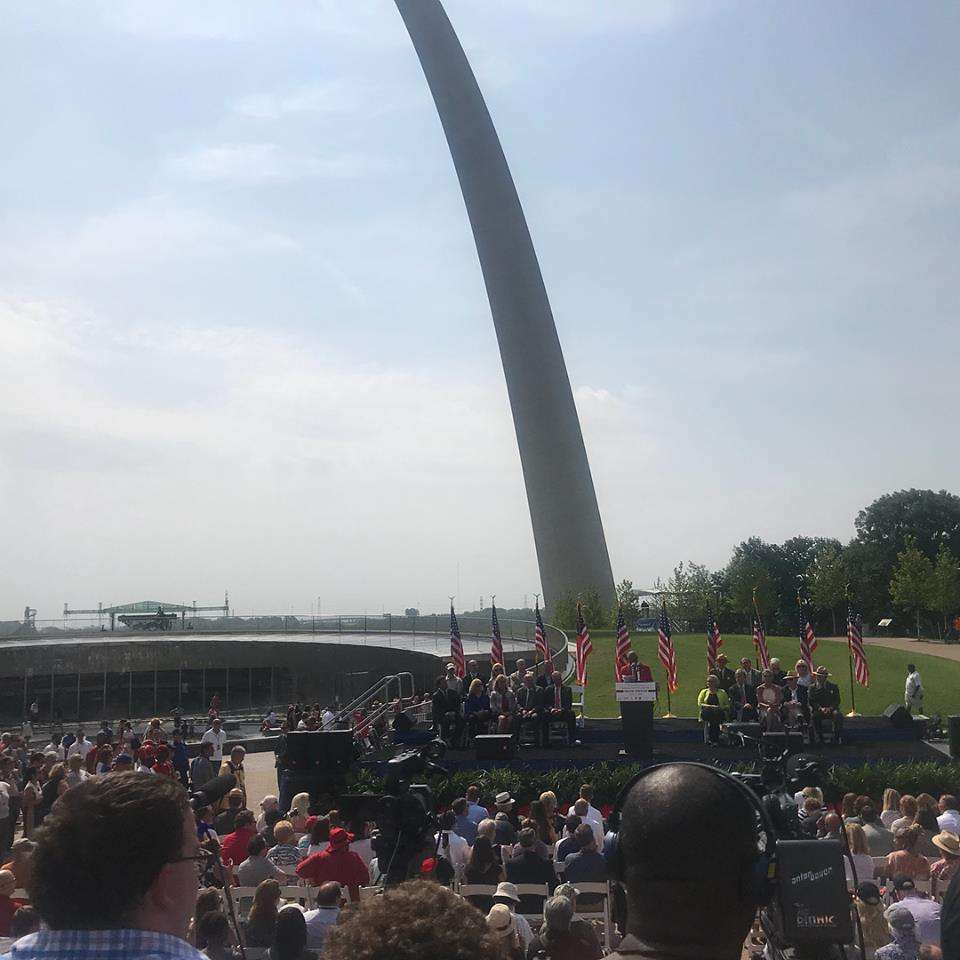 “The opening of the new Gateway Arch National Park experience is an incredible milestone for so many people – from St. Louisans who voted to help support the project renovations with the project’s private donors, to the park’s millions of annual visitors,” says Eric Moraczewski, executive director of the Gateway Arch Park Foundation. “We are excited to present the new experiences within the Museum and Gateway Arch National Park as a destination that people will visit, enjoy and return to for decades to come.”

The July 3 rd grand opening ribbon cutting ceremony, emceed by St. Louis Cardinals Hall of Famer Ozzie Smith,  featured remarks from local, regional and national dignitaries, and the public unveiling of the #YourArch photo montage. The grand opening coincides with the return of one of the nation’s largest Fourth of July celebrations, Fair Saint Louis, to the riverfront and fills the July 4th holiday week with ongoing events that highlight the new amenities of the urban national park:

Expanded Ely Smith- the park over the highway that leads visitors from the Old Courthouse to the new West Entrance to the Arch visitor center and museum.

The North Gateway (near Eads Bridge), which can be used for community events and performances

More than five miles of bike and walking paths.

A 46,000 square-foot multi-level addition to the Arch visitor center and museum.

In addition to the July 3rd celebration, on Thursday, July 5, the Gateway Arch Park Foundation will host a special “Summer Social” event in Kiener Plaza. Information about all of the grand
opening events can be found at www.archpark.org/grandopening. 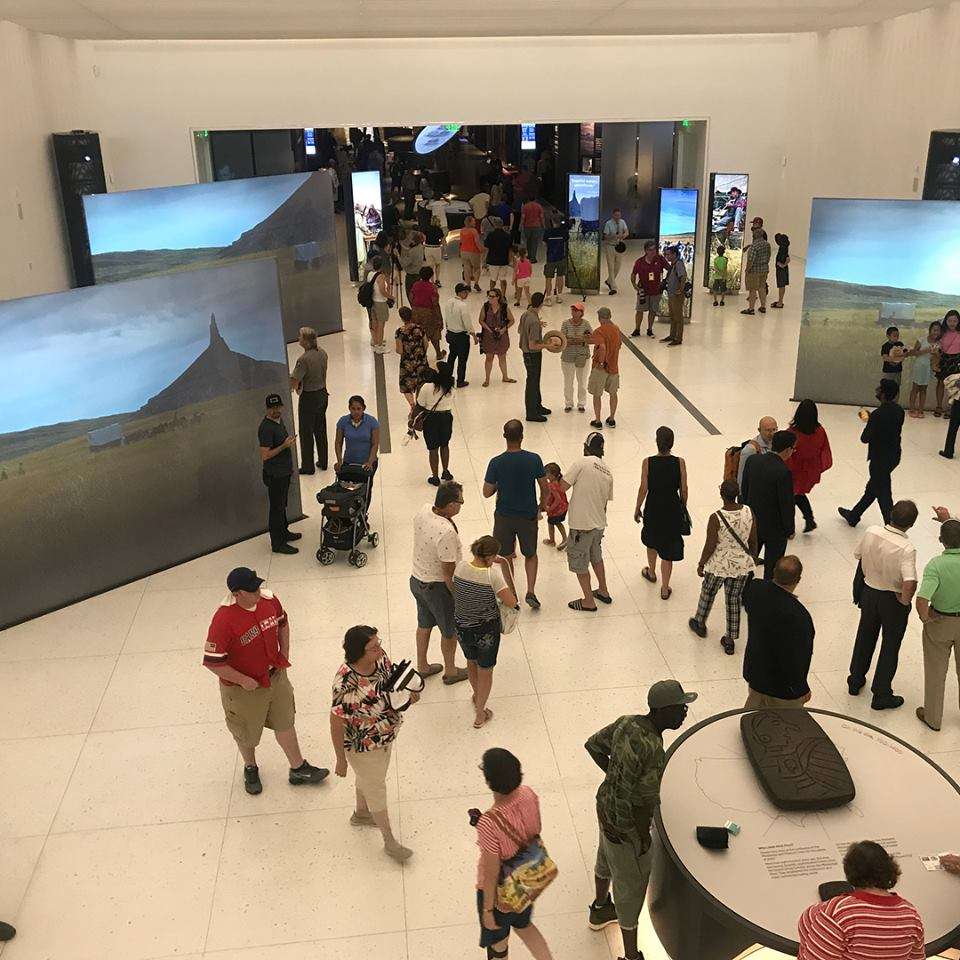 The Museum at the Gateway Arch features interactive and engaging exhibits that focus on St. Louis’ role in the westward expansion of the United States, completely replacing the original museum that opened in 1976. Features of the new museum include:

Colonial St. Louis– how St. Louis became a prosperous trading village rooted in French culture and governerd by the Spanish, until the Louisiana Purchase transferred the territory to the United States.

Jefferson’s Vision– how President Thomas Jefferson furthered the west expansion of the U.S. by sending expeditions to lay claim to territory, search for trading partners and locate natural resourses for the young nation.

The Riverfront Era– how St. Louis became one of America’s busiest ports and trade center in the mid-1800s

Manifest Destiny– how the westward migration of the mid-1800’s affected American Indians, Mexicans and pioneers themselves.

New Frontiers– how the industrialization of America hastened American settlement of the West and caused American Indians to lose all or part of their homelands.

Building the Gateway Arch– how the great American monument that commemorates westward expansion was designed and built. 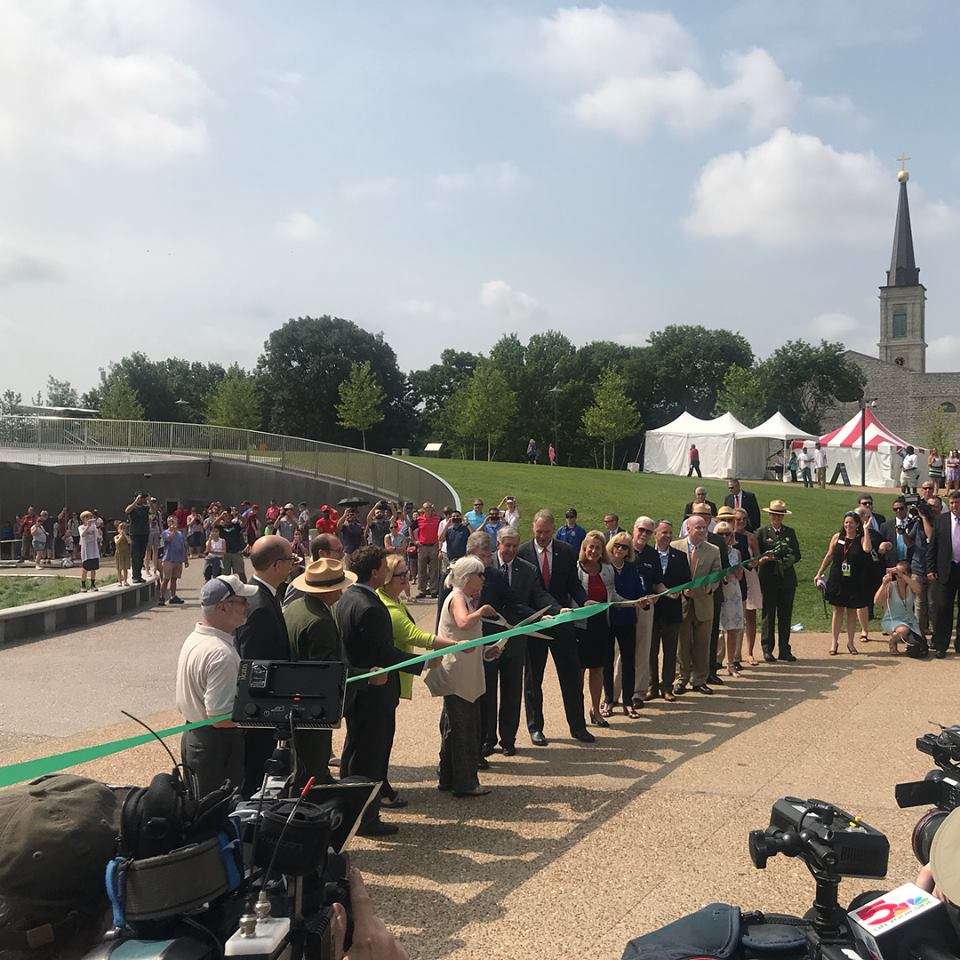 On the visitor center mezzanine level, a terrazzo floor map shows the United States with historic trails allowing visitors to trace pioneers’ journeys to the west.

The new 100 foot wide Video Wall in in the tram lobby shows the building of the Gateway Arch and the scenes of American westward expansion.

The keystone Exhibit in the tram lobby allows all visitors to experience the top of the Arch through live webcam feeds from the observation deck.

Joe Kleimanhttp://wwww.themedreality.com
Raised in San Diego on theme parks, zoos, and IMAX films, InPark's Senior Correspondent Joe Kleiman would expand his childhood loves into two decades as a projectionist and theater director within the giant screen industry. In addition to his work in commercial and museum operations, Joe has volunteered his time to animal husbandry at leading facilities in California and Texas and has played a leading management role for a number of performing arts companies. Joe previously served as News Editor and has remained a contributing author to InPark Magazine since 2011. HIs writing has also appeared in Sound & Communications, LF Examiner, Jim Hill Media, The Planetarian, Behind the Thrills, and MiceChat His blog, ThemedReality.com takes an unconventional look at the attractions industry. Follow on twitter @ThemesRenewed Joe lives in Sacramento, California with his wife, dog, and a ghost.
Share
Facebook
Twitter
Linkedin
Email
Print
WhatsApp
Pinterest
ReddIt
Tumblr
Previous articleIESLA bestows numerous awards upon Visual Terrain
Next articleAperture Films produces media for re-imagined Gateway Arch Museum