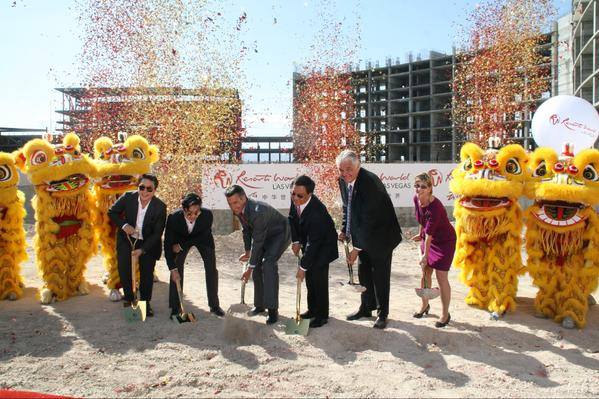 China is one of the world’s most important trade partners, spreading not just goods but Chinese cuisine and culture to all corners of the world. Chinese outbound tourism topped 100 million for the first time in 2014, and Resorts World Las Vegas’ authentic Chinese theme will resonate with domestic and international tourists. With rich cultural attractions, varied cuisine and jaw-dropping entertainment from China’s many diverse regions and ethnic groups, Resorts World Las Vegas will provide an infinite variation of entertainment themes from the longest continuous civilization in the world. The Chinese theme will grow, deepen and broaden the Las Vegas tourism industry as a whole. 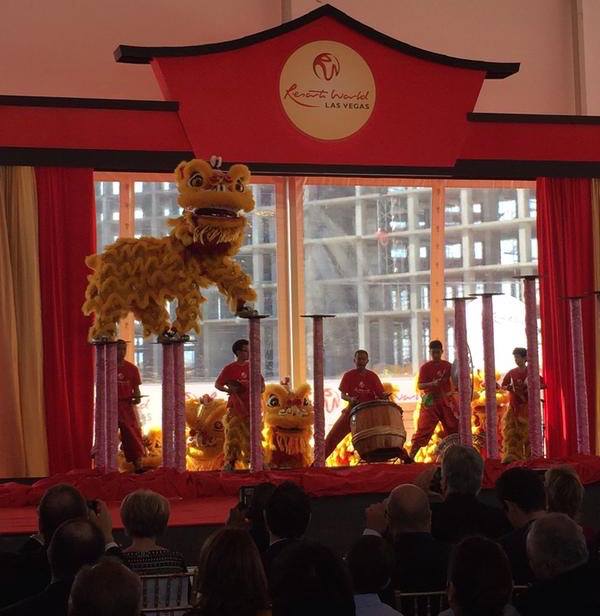 “After 50 years of developing integrated resorts all around the globe, we are thrilled to be breaking ground on the Las Vegas Strip in the great state of Nevada,” said KT Lim, Chairman and Chief Executive Officer of the Genting Group. “Las Vegas is known for its world-renowned resorts, and the Genting Group looks forward to being a part of the city’s continued growth by creating a huge national and international draw with this Chinese themed world-class resort.” 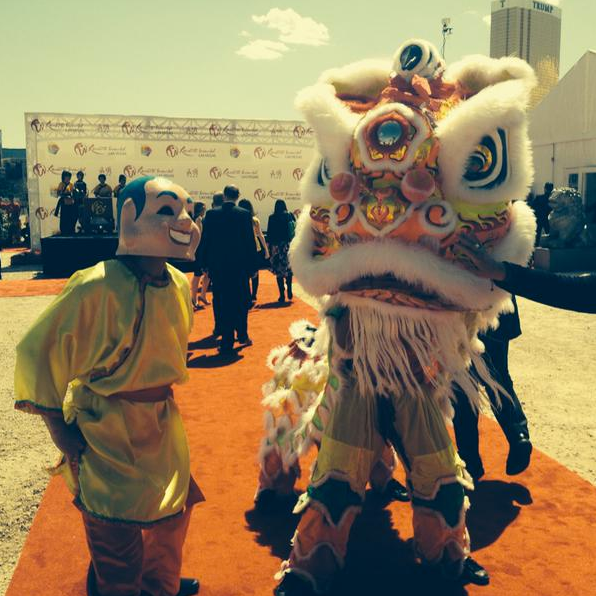 This year marks the Genting Group’s 50th anniversary as a leader in the global travel and leisure industry with operations in seven countries. The company pioneered the concept of integrated resorts where numerous entertainment, shopping, dining, golf, accommodations options, and a world class casino experience, all serve to meet guests’ wide variety of wants and desires – at all price points and for all market segments. Genting properties globally host over 50 million visitors annually. 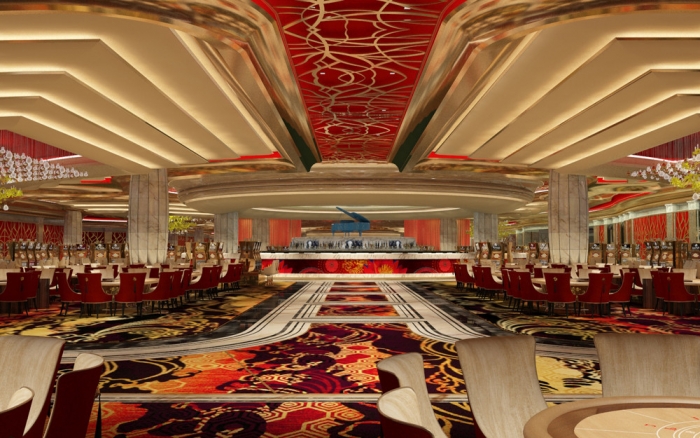 “With the beginning of construction of Resorts World Las Vegas, the Genting Group will be creating thousands of new jobs in our state and will generate billions of dollars in new economic activity that will benefit all Nevadans. Resorts World Las Vegas will truly help grow the Las Vegas market by attracting greater numbers of visitors, conventions and shows to our state. I am proud to welcome them as a bold new additional of the New Nevada economy,” said Governor Brian Sandoval of Nevada. 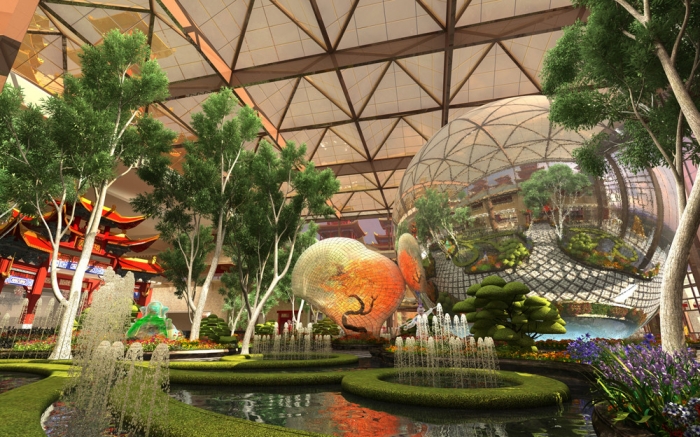 Over the course of the construction and during operation, RWLV will bring tens of thousands of jobs to Southern Nevada. It is estimated that construction will create more than 30,000 person-years of direct and indirect employment, defined as one person employed for one year. Once in operation, RWLV is predicted to sustain over 13,000 direct and indirect jobs. RWLV is projected to open its doors in mid 2018. 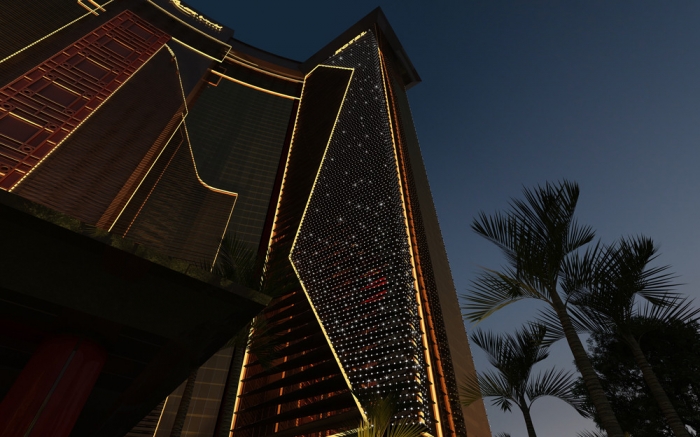 RWLV will include three hotels; multiple restaurants featuring a variety of authentic, regional Chinese cuisines; over 100,000 square feet of innovative gaming space; numerous retail offerings; and a top-tier nightlife venue. Additional details on amenities being offered at RWLV will be released throughout the construction process. 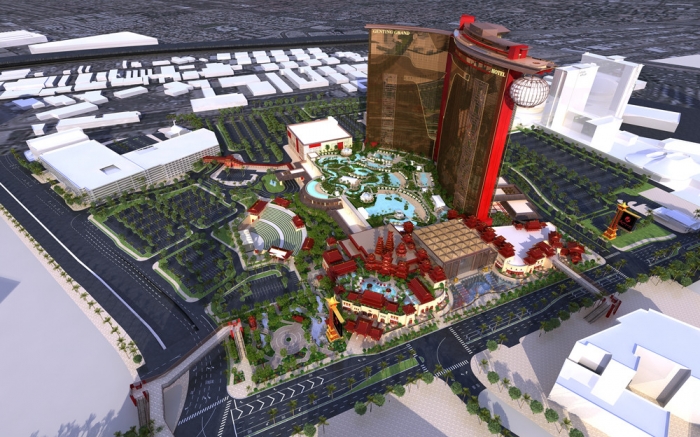 “Not since the 1950s has there been the amount of development that we are currently seeing on the north end of the Las Vegas Strip, and Resorts World Las Vegas is positioned to be the centerpiece of this exciting growth,” said Clark County Commissioner Chris Giunchigliani. “The Genting Group is poised to create a truly special international destination. On behalf of Clark County, we wish them much success.” 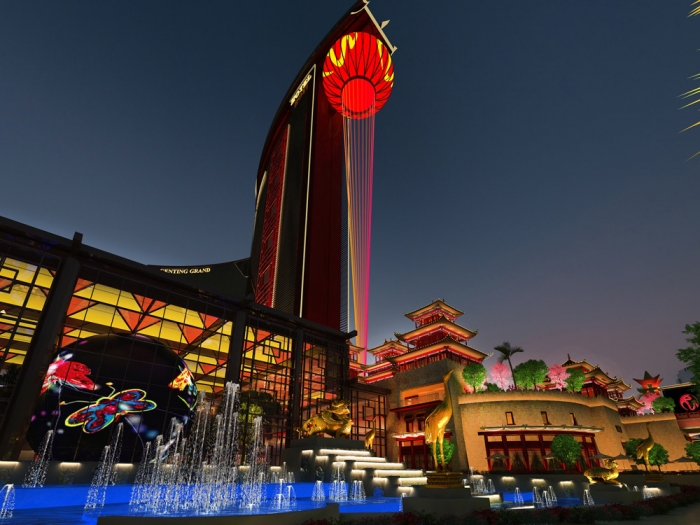 “Planting the Resorts World brand squarely on the Las Vegas Strip can only create excitement for visitors, and it will energize the local economy with tens of thousands of construction and resort jobs,” said Clark CountyCommission Chair Steve Sisolak. “The Las Vegas Strip is once again being redefined.” 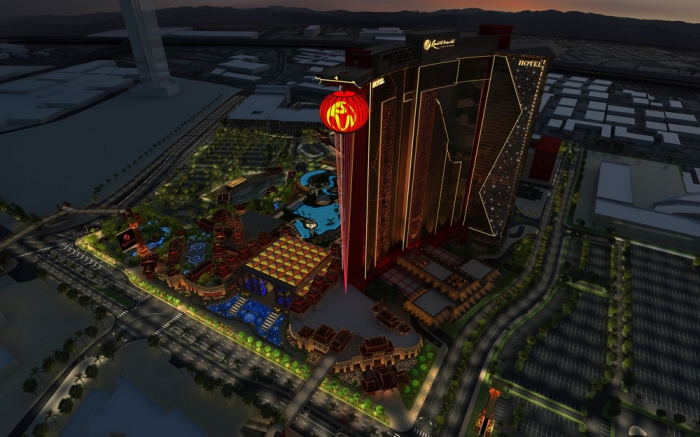 “The start of construction of Resorts World Las Vegas is great news for Las Vegas, the State of Nevada and its residents,” said U.S. Senator Harry Reid (D-NV). “The thousands of jobs that are being created could not come at a better time as our state is still in the process of recovering from the recent economic downturn.  Resorts World Las Vegas will offer a captivating guest experience that is sure to help attract new visitors to Las Vegas.” 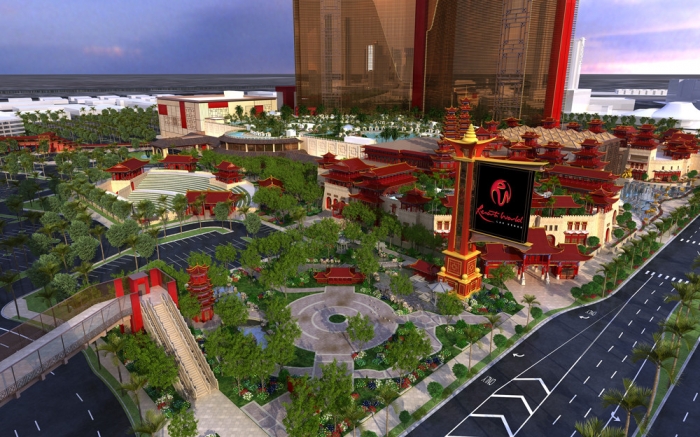 “Las Vegas is a global destination with more than 40 million visitors annually because of innovative projects just like Resorts World Las Vegas,” said U.S. Senator Dean Heller (R-NV). “I’d like to thank the Genting Group for their commitment to growing the Las Vegas tourism industry as a whole with this very impressive project.” 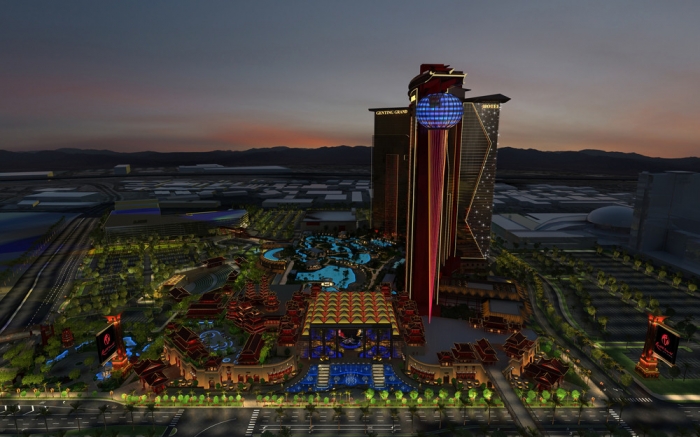 “The Resorts World Las Vegas holds immense potential for Southern Nevada and its tourism industry. From attracting new foreign investments to creating good-paying jobs during the construction and operation of the resort, this exciting project will help revitalize the north end of the Las Vegas Strip and usher in economic benefits throughout the First District,” said Congresswoman Dina Titus (NV-1).

More information and digital renderings of RWLV is available at www.rwlasvegas.com.

Joe Kleimanhttp://wwww.themedreality.com
Raised in San Diego on theme parks, zoos, and IMAX films, InPark's Senior Correspondent Joe Kleiman would expand his childhood loves into two decades as a projectionist and theater director within the giant screen industry. In addition to his work in commercial and museum operations, Joe has volunteered his time to animal husbandry at leading facilities in California and Texas and has played a leading management role for a number of performing arts companies. Joe previously served as News Editor and has remained a contributing author to InPark Magazine since 2011. HIs writing has also appeared in Sound & Communications, LF Examiner, Jim Hill Media, The Planetarian, Behind the Thrills, and MiceChat His blog, ThemedReality.com takes an unconventional look at the attractions industry. Follow on twitter @ThemesRenewed Joe lives in Sacramento, California with his wife, dog, and a ghost.
Share
Facebook
Twitter
Linkedin
Email
Print
WhatsApp
Pinterest
ReddIt
Tumblr
Previous articleKing Kong Returns to Universal Orlando in State of the Art Skull Island Attraction
Next articleVIDEO: Italian Astronaut Samantha Cristoforetti Becomes EXPO Milano 2015 Ambassador in Space