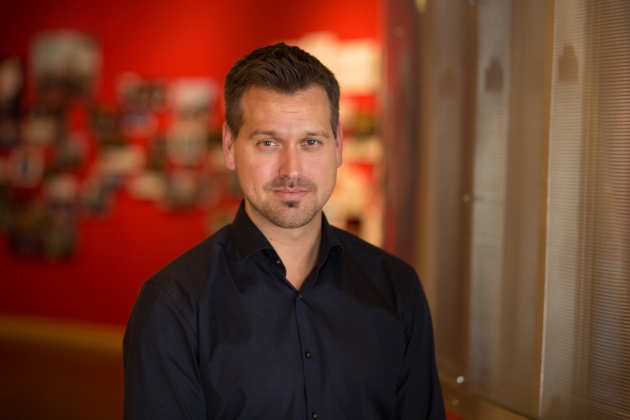 At Dragone, François served on the company’s executive committee and led the development and negotiation of more than €250 million in show productions value in the Americas, Asia, Middle East and Europe. Selected projects include: Le Rève at Wynn Las Vegas, House of Dancing Water and Taboo at City of Dreams in Macau, Lido in Paris, Han Show in Wuhan, Story of a Fort at Qasr Al Hosn in Abu Dhabi and the 2014 FIFA World Cup Opening and Closing Ceremonies in Brazil.

François Girard will bring his business acumen to the development of major new projects for Thinkwell Group, working with the company’s offices in the Middle East and China.

“I am truly excited and honored to join Thinkwell, an established leader in experience design with an impressive spectrum of capabilities, a dynamic creative energy and a positive culture of collaboration. I have the chance to join a company built on strong foundations with a long list of prestigious clients and projects all around the globe,” said François Girard on his appointment.

Thinkwell also announced today the hiring of the company’s 200th employee, a significant achievement for the independent experience design and production company. “We’re fortunate to have experienced such substantial growth and stability with new projects in the museum, zoo, theme park, and corporate branding center sectors,” said François Bergeron, Thinkwell Chief Operating Officer. “With the opening of our business entity and office in Beijing, the promotion of Kelly Ryner to president of Thinkwell Asia, and our operations in the United Arab Emirates, we are expanding and investing in Thinkwell’s future in a major way.”

Joe Kleimanhttp://wwww.themedreality.com
Raised in San Diego on theme parks, zoos, and IMAX films, InPark's Senior Correspondent Joe Kleiman would expand his childhood loves into two decades as a projectionist and theater director within the giant screen industry. In addition to his work in commercial and museum operations, Joe has volunteered his time to animal husbandry at leading facilities in California and Texas and has played a leading management role for a number of performing arts companies. Joe previously served as News Editor and has remained a contributing author to InPark Magazine since 2011. HIs writing has also appeared in Sound & Communications, LF Examiner, Jim Hill Media, The Planetarian, Behind the Thrills, and MiceChat His blog, ThemedReality.com takes an unconventional look at the attractions industry. Follow on twitter @ThemesRenewed Joe lives in Sacramento, California with his wife, dog, and a ghost.
Share
Facebook
Twitter
Linkedin
Email
Print
WhatsApp
Pinterest
ReddIt
Tumblr
Previous articleEwan McGregor Dives Into Newest Role as Narrator of MFF’s “Humpback Whales”
Next articleElectrosonic Brings New Configuration and Systems to ShowDome at Our Dynamic Earth