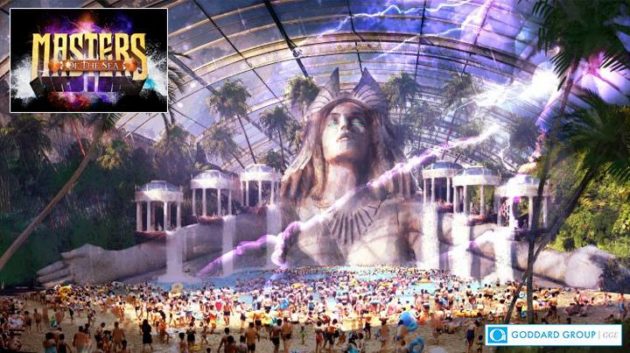 ABOVE: Kingdom of Poseidon, Harbin, China

In his new role with Goddard Group, and as a key part of the company’s current expansion, King will be responsible for directing multiple project teams on developments in the U.S. and around the world. 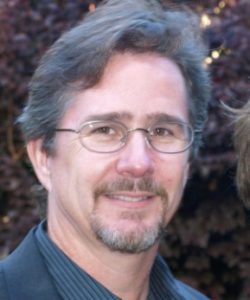 King is a seasoned executive with over twenty years of experience with major themed entertainment companies that include Walt Disney Imagineering, Universal Studios, Hong Kong Disneyland, and Disneyland Resort. King comes to Goddard Group having just finished a three year term with Universal, where he oversaw and managed over $350 million worth of design and production on several major new rides, shows, and attractions. His extensive experience organizing, producing, and executing multi-million dollar, multi-use programs in the Theme Park, Resort, and Special Event industries will further strengthen Goddard Group’s approach to turnkey design and production, and on-time/on-budget delivery of the greatest attractions in the world.

Said Goddard, “Marcus’ career has been focused towards the strategic management, design management, planning, budget development, and execution of high impact projects featuring advanced technologies. We look forward to being beneficiaries of his business acumen and technical prowess.     As a leader of highly creative and multi-disciplined teams, he has consistently and successfully delivered a variety of domestic U.S. and international programs. We know him to be a creative innovator, a highly motivated leader, and an entrepreneurial strategist with a proven track record on high profile projects. -As we expand to meet the needs of our partners and clients around the world, Marcus will be a key part of our expanding enterprise.”

Adds Barry Kemper, Goddard Group’s Chief Operating Officer, “We are pleased that Marcus has joined our core team. The addition of his valuable expertise comes as we are poised for unprecedented growth.”

“I’m thrilled to join the Goddard Group at this time of exciting growth,” King said. “Their creativity and innovation is infectious, and to be part of their talented team is really special. I’m pleased to contribute my experience to the company, as they are currently working to deliver numerous, iconic projects around the world.”

Prior to joining Goddard Group, King had been Director –Show/Ride for Universal Studios Hollywood, from 2013. There, he was a ProjectExecutive responsible for the design, development, and execution of Show and Ride systems on multiple projects. He led a team of designers, architects, engineers, and technical staff in producing the “Fast and Furious” attraction from a white piece of paper to a completed, $135M attraction in 26 months. Concurrently, he was also developing a $250M attraction based on a yet-to-be released confidential intellectual property.

King was Director of Program Management (UAE) with the Thinkwell Group (2012 – 2013.) There, he served as the executive in charge of the set-up for a complete Project Management and Design effort for Phase 2 of “Ferrari World Enhancement.” He led a team of designers, architects, and technical staff in developing the design, estimate, and execution plan for a two year development program in Abu Dhabi, UAE. And, from 2011-2013, King was a Partner with Todd/King & Associates. He and his partner had a combined 50 years of experience working with Disney and Universal Studios, and successfully delivering one theme park/resort after another.

King’s other previous executive posts include:
** Executive Vice President – Global Operations, with Park West Inc. There, he helped to develop Construction Management and Construction Services opportunities in the Middle East and North Africa Region (MENA) and more specifically Libya.
** Design and Production Portfolio Executive with The Walt Disney Company’s Walt Disney Imagineering (WDI.) There, he was a hands-on design and production executive of the “Show” Program ($200 million) for the Disneyland Resort in Anaheim, CA.
** Global Sourcing Executive with Walt Disney Imagineering. In this post, King worked from the “ground up” in the development and deployment of the WDI Global Sourcing Program. This program cultivated and targeted key international sources to design and produce highly specialized product with the goal of producing the very first Disney Attraction produced entirely in China.
** Design and Production Portfolio Executive for Hong Kong Disneyland. In this position, King worked on a massive recovery program on a $220 million program for Disney’s first China theme park. At the end of this project’s completion, the team of 20 U.S. expatriates and over 100 local Chinese nationals overseen by King were able to deliver the initial program ahead of schedule and utilize $8 million of program savings towards a delayed $60 million of scope increase prior to Grand Opening.
** Show/Ride Program Manager for Walt Disney Imagineering. As such, King was involved with the “Tower of Terror” and Disney’s California Adventure” attractions. Over a six year span, King served as the Show/Ride Program Manager for all Ride Systems installed at Disney’s CaliforniaAdventurePark.
** Program Manager/”Tomorrowland” for Walt Disney Imagineering. In this post, King oversaw a successful, 17-month recovery schedule for manufacturing, testing, and installation of a $30M highly prototypical ride system.

Earlier in his career, King was a Commodities Manager for the Atlanta Olympic Games; the Director of Production for Party Planners West, Inc.; and an Independent Event Producer in Los Angeles. A graduate of Carnegie-MellonUniversity, King is also fluent in Mandarin Chinese.

Joe Kleimanhttp://wwww.themedreality.com
Raised in San Diego on theme parks, zoos, and IMAX films, InPark's Senior Correspondent Joe Kleiman would expand his childhood loves into two decades as a projectionist and theater director within the giant screen industry. In addition to his work in commercial and museum operations, Joe has volunteered his time to animal husbandry at leading facilities in California and Texas and has played a leading management role for a number of performing arts companies. Joe previously served as News Editor and has remained a contributing author to InPark Magazine since 2011. HIs writing has also appeared in Sound & Communications, LF Examiner, Jim Hill Media, The Planetarian, Behind the Thrills, and MiceChat His blog, ThemedReality.com takes an unconventional look at the attractions industry. Follow on twitter @ThemesRenewed Joe lives in Sacramento, California with his wife, dog, and a ghost.
Share
Facebook
Twitter
Linkedin
Email
Print
WhatsApp
Pinterest
ReddIt
Tumblr
Previous articleProtec Designs Creative Presentations for Trade Shows to Showcase Services
Next articleEvans & Sutherland releases Digistar 6 and hires Robin Sip in production role