The Battle for the Iron Throne Begins in Barcelona with GAME OF THRONES: THE TOURING EXHIBITION 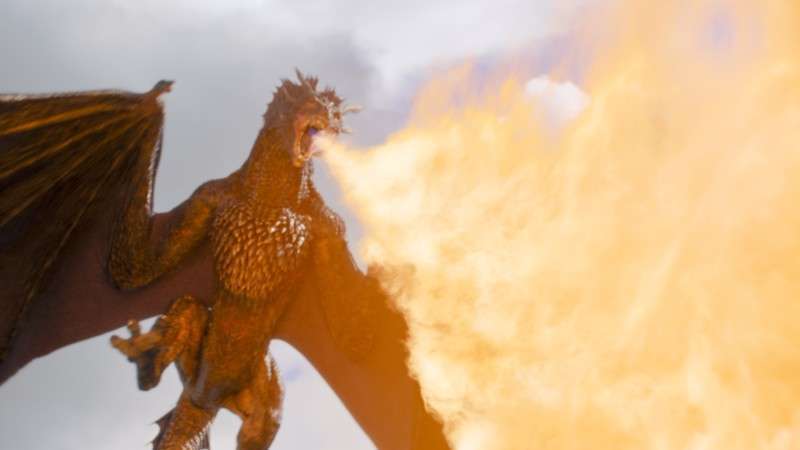 GAME OF THRONES: THE TOURING EXHIBITION, a new 10,000-square-foot interactive experience, inspired by and filled with the breathtaking images and enthralling artifacts from the hit HBO series, will give fans an up-close and personal look at the authentic props, costumes and set decorations from the groundbreaking show.

A collaboration of HBO Global Licensing and GES, GAME OF THRONES: THE TOURING EXHIBITION will make its global debut at Museu Maritim in Barcelona, Spain, for a limited engagement, starting October 28.

GAME OF THRONES: THE TOURING EXHIBITION will allow fans worldwide to experience the craftsmanship and artistry of the GAME OF THRONES production up close in the largest public display to date. Featuring a unique mix of immersive environments, interactives, and multimedia content, visitors will experience the lands of Westeros and Essos and relive the trials and tribulations of the series’ nobles and common folk alike who struggle for survival in the shadow of the Iron Throne.

Several dynamically themed exhibition areas based on series settings will feature displays of costumes, props, weapons and armor in an immersive way:

The wintry landscapes of the North, the tree-lined pathway of the Kingsroad, and the regal settings of King’s Landing.

Iconic settings like the House of Black and White, the home of the Night’s Watch: Castle Black; and the frozen lands Beyond the Wall.

The show-stopping centerpiece of the iconic Iron Throne Room, where visitors can gaze upon the Westerosi seat of power in all its foreboding glory.

“From the steps of Dragonstone to the Great Pit of Daznak, the country and people of Spain have played host to some of the most iconic settings in GAME OF THRONES,” said Jeff Peters, vice president of licensing and retail at HBO. “It adds to the excitement that our first location for this exhibition is also in a country where we recently launched a new streaming service, HBO España. We’re confident that our fans in Barcelona, throughout Spain, and across Europe, are going to love this new opportunity to immerse themselves in the world of GAME OF THRONES.”

“We are excited to raise a banner in Barcelona, Spain, the gateway to the Mediterranean, as the location for the global debut of GAME OF THRONES: THE TOURING EXHIBITION,” said Eddie Newquist, chief creative officer and EVP of GES.  “The opening in Barcelona will represent the culmination of the collaborative efforts of many talented artisans, designers, and craftsmen to bring this unprecedented collection of the iconic props, costumes and settings to fans worldwide, and we are thrilled to kick off the tour in such a historic location.”

“It is an honor for Sold Out to work alongside Museu Maritim, Encore, GES and HBO to bring to Barcelona  the world premiere of the official exhibition based on the great television series GAME OF THRONES,” says Rafael Giménez, director of Sold Out, promoter of the exhibition in Spain. “The cosmopolitan character of Barcelona and the huge fan base of this fantastic television saga in our country are the main reasons to have selected Barcelona as the first city of this great touring exhibition of GAME OF THRONES. The presence in Barcelona of this impressive show undoubtedly contributes to placing the city on the international circuit of major international exhibitions.”

“It is a great pleasure and an honor to be part of this new adventure,” said Pascal Bernardin of Encore.  “At last this iconic series is turning into a live exhibition and winter is coming to Barcelona.”

Additional information about upcoming tour stops will be released in the coming months. For more information, please visit gameofthronesexhibition.com.

Joe Kleimanhttp://wwww.themedreality.com
Raised in San Diego on theme parks, zoos, and IMAX films, InPark's Senior Correspondent Joe Kleiman would expand his childhood loves into two decades as a projectionist and theater director within the giant screen industry. In addition to his work in commercial and museum operations, Joe has volunteered his time to animal husbandry at leading facilities in California and Texas and has played a leading management role for a number of performing arts companies. Joe previously served as News Editor and has remained a contributing author to InPark Magazine since 2011. HIs writing has also appeared in Sound & Communications, LF Examiner, Jim Hill Media, The Planetarian, Behind the Thrills, and MiceChat His blog, ThemedReality.com takes an unconventional look at the attractions industry. Follow on twitter @ThemesRenewed Joe lives in Sacramento, California with his wife, dog, and a ghost.
Share
Facebook
Twitter
Linkedin
Email
Print
WhatsApp
Pinterest
ReddIt
Tumblr
Previous articleDistrict 2020 to Carry On Legacy of Dubai Expo
Next articleInfoComm Showcases Emphasis on AV and Integrated Experiences With Name Change to AVIXA