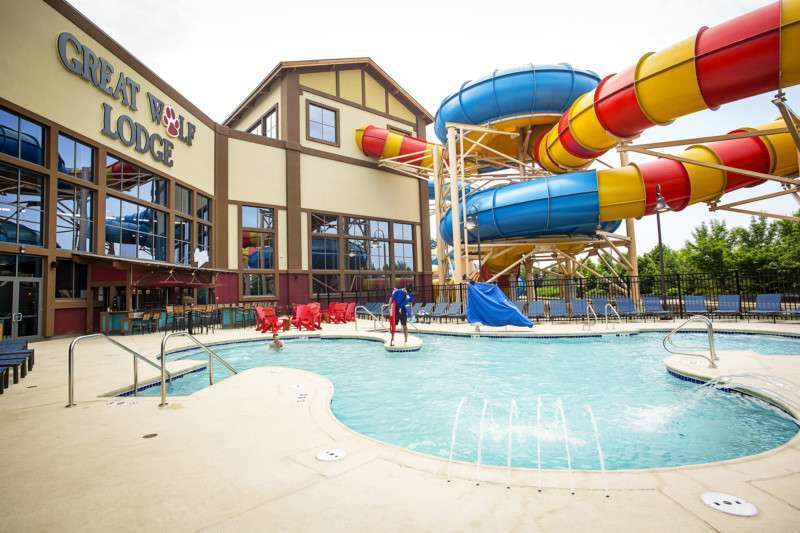 The newest property for the Great Wolf Lodge chain opened June 21st in Gurnee, Illinois, midway between Chicago (IL) and Milwaukee (WI). The resort is an update and expansion of Key Lime Cove, which opened in 2008. Key Lime Cove closed in April, 2017 when the transformation into Great Wolf Lodge began.

In addition to doing a complete re-theming of the property from a tropical, Key West style to a Northwoods cabin theme, Great Wolf added 25,000 square feet to the indoor waterpark, resulting in 80,000 square feet of waterpark space. 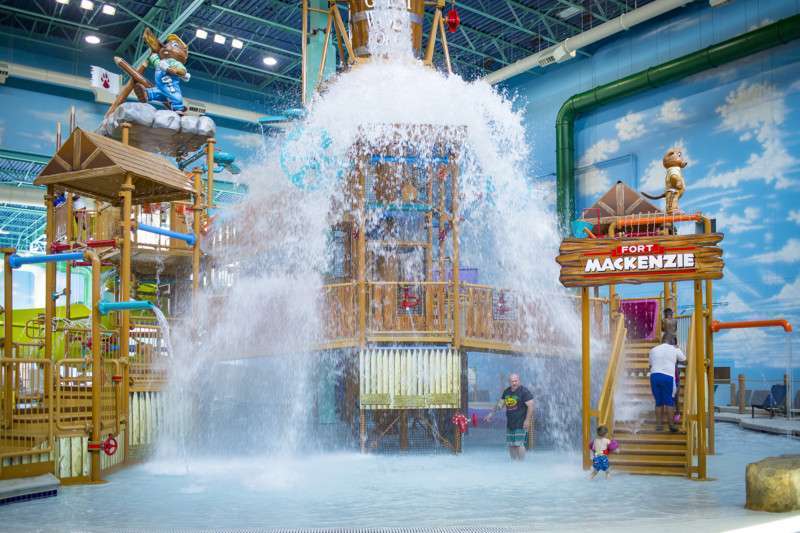 The waterpark’s existing slides from WhiteWater all remained, and the park’s centerpiece AquaPlay structure was shipped back to WhiteWater and completely re-themed. The ten year old structure looks brand new.

Great Wolf’s signature storytime show received an update, transitioning from animatronics to a dimensional projection-mapped set. The show redesign was courtesy of Entertainment Design Corporation (EDC). The concept was to have a huge mural that comes to life. Part of the process, according to EDC, was to help develop and give personalities to these characters that had never existed in video format. 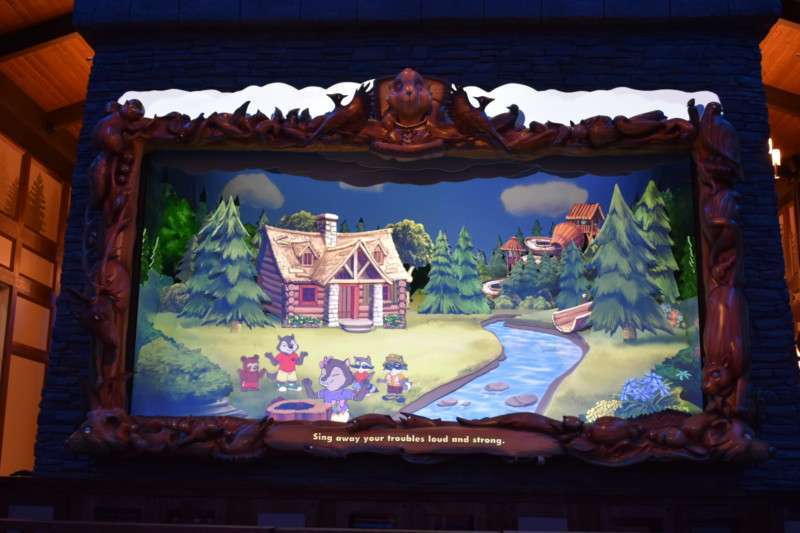 The set has nine moving pieces that combine with projection mapping to create fun 7-minute shows that play in the afternoon and evening. Gurnee marks the third installation of the show, which can also be found at the Great Wolf Minneapolis and La Grange properties. LA ProPoint did engineering and fabrication on the set. AES provided sculpting services. Show control is from Beckhoff and a 13k lumen Christie projector provides the main projection mapping power.

“Great Wolf Lodge is a magical place, so we thought the pictures on the wall ought to be able to be magical also,” said EDC CEO Alex Calle.

Great Wolf Lodge’s next announced property opening is in Scottsdale (AZ), scheduled for 2019.