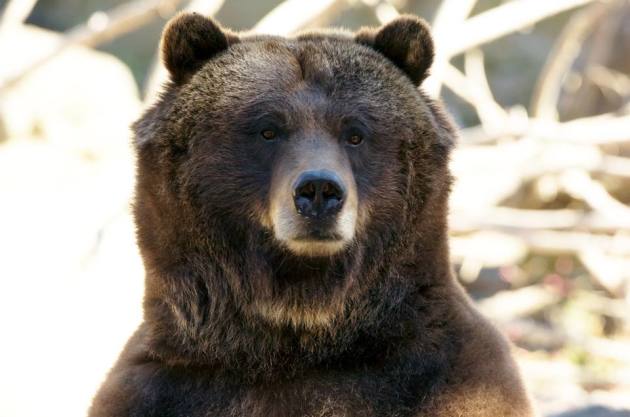 The bears will live in a completely remodeled habitat formerly occupied by the zoo’s polar bears. Significant portions of the exhibit renovations that enabled WCS to provide a home for the orphaned cubs were made possible thanks to generous support and love for animals of Sandra de Roulet. The upper level viewing area of the exhibit will be called “Treena’s Overlook,” a play on a nickname de Roulet had as a child.

WCS’s Bronx Zoo is currently home to nine rescued brown bears: two that came to New York in 1995; four that arrived in 2009; and three that were rescued in late 2013 thanks to support from de Roulet. Initially, the two bears that were brought to the Bronx Zoo in 1995 will live in the new habitat at the Central Park Zoo.

While the three groups of bears came to WCS under different circumstances, they share a common story: Their rescues were a result of conflicts with people.

“The bears’s stories can help teach us why we must learn to coexist with wildlife,” said Jim Breheny, WCS Executive Vice President/General Director of Zoos and Aquarium and Bronx Zoo Director. “With continued human expansion into wild places, it is inevitable that there will be interactions between bears and people. We remain focused on developing ways to reduce human/bear conflict to the benefit of both bears and people. ”

The two bears that will initially occupy the new Central Park Zoo exhibit, Betty and Veronica, were rescued separately in Montana and Yellowstone National Park in Wyoming. They have lived at the Bronx Zoo since their arrival in 1995. Both had become too accustomed to humans and were considered a danger to people by local authorities.

In late 2013, three additional cubs were rescued by wildlife officials in Montana and WCS agreed to provide homes for them in New York. They have been receiving their initial care at the Bronx Zoo and will eventually be moved to the Central Park Zoo when their caregivers determine they are ready. All three cubs are female. Two are siblings whose mother was illegally shot, and the third is an unrelated bear whose mother was euthanized by wildlife officials after repeatedly foraging for food in a residential area. In honor of her support for the rescued cubs, Ms. de Roulet named them Amber, Luna, and Treena.

Said Craig Piper, Director of WCS City Zoos: “While we are saddened that the bears were orphaned, we are pleased WCS is able to provide a home for these beautiful animals that would not have been able to survive in the wild on their own. We look forward to sharing their stories that will certainly endear them in the hearts of New Yorkers. Our goal is to help people better understand how to safely coexist with bears when visiting or living in bear country.”

WCS conservationists are working with local communities in the Adirondacks and the American West promoting human/bear coexistence. They do this by increasing awareness about keeping food away from bears; using bear-resistant technologies to secure trash (a bear favorite); developing protective requirements and laws to reduce food attractants; and promoting land use decisions that will minimize interactions between people and bears. WCS’s approach to reducing conflict requires managing bear populations through monitoring and community-led proactive approaches that rely on education and non-lethal deterrents.

Zoe Smith, WCS Adirondack Program Director said: “Minimizing human-bear interaction is simple – remove the attraction and bears will look elsewhere for food. It is important that people have the tools and information to make good decisions regarding food storage and trash disposal. WCS is committed to providing guidance to towns within our landscapes so that bears don’t become reliant on human food and instead forage in wild areas.”

The new grizzly bear exhibit at Central Park Zoo is scheduled to open in late 2014.

Joe Kleimanhttp://wwww.themedreality.com
Raised in San Diego on theme parks, zoos, and IMAX films, InPark's Senior Correspondent Joe Kleiman would expand his childhood loves into two decades as a projectionist and theater director within the giant screen industry. In addition to his work in commercial and museum operations, Joe has volunteered his time to animal husbandry at leading facilities in California and Texas and has played a leading management role for a number of performing arts companies. Joe previously served as News Editor and has remained a contributing author to InPark Magazine since 2011. HIs writing has also appeared in Sound & Communications, LF Examiner, Jim Hill Media, The Planetarian, Behind the Thrills, and MiceChat His blog, ThemedReality.com takes an unconventional look at the attractions industry. Follow on twitter @ThemesRenewed Joe lives in Sacramento, California with his wife, dog, and a ghost.
Share
Facebook
Twitter
Linkedin
Email
Print
WhatsApp
Pinterest
ReddIt
Tumblr
Previous articleSeaWorld & Busch Gardens Conservation Fund Awarding Over $1 Million to 57 Conservation Projects
Next articleNational Aquarium and Johns Hopkins Turn Dolphin Mechanics Program for Stroke Victims into Cellphone App