GSCA Announces 2016 Board of Directors 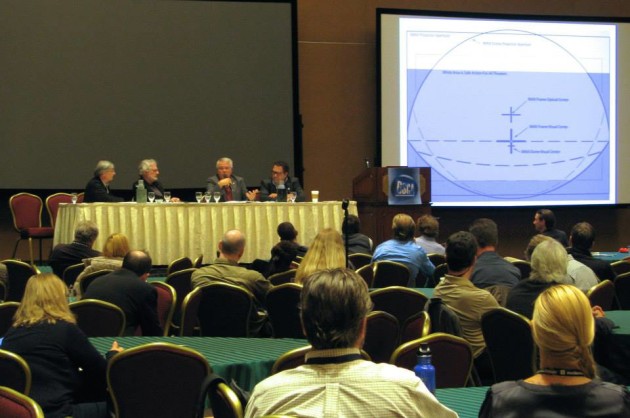 Holly Springs, NC, USA — The Giant Screen Cinema Association (GSCA) is pleased to announce the results of the 2016 Board of Directors election. The following candidates will join the board for a two-year term beginning on January 1, 2016:

Peter Bak-Larsen, Tycho Brahe Planetarium, will join the board as an Ex Officio Director designated by Euromax.

These directors will join the following board members, who still have one year left on their board term:

Officers and committee chairs will be elected by the new board and announced in late December.

GSCA extends its sincere appreciation to the following outgoing board members, who complete their terms in 2015:

Joe Kleimanhttp://wwww.themedreality.com
Raised in San Diego on theme parks, zoos, and IMAX films, InPark's Senior Correspondent Joe Kleiman would expand his childhood loves into two decades as a projectionist and theater director within the giant screen industry. In addition to his work in commercial and museum operations, Joe has volunteered his time to animal husbandry at leading facilities in California and Texas and has played a leading management role for a number of performing arts companies. Joe previously served as News Editor and has remained a contributing author to InPark Magazine since 2011. HIs writing has also appeared in Sound & Communications, LF Examiner, Jim Hill Media, The Planetarian, Behind the Thrills, and MiceChat His blog, ThemedReality.com takes an unconventional look at the attractions industry. Follow on twitter @ThemesRenewed Joe lives in Sacramento, California with his wife, dog, and a ghost.
Share
Facebook
Twitter
Linkedin
Email
Print
WhatsApp
Pinterest
ReddIt
Tumblr
Previous articleGateway Ticketing Named Among Best Places to Work in Pennsylvania for Fourth Consecutive Year
Next articlePHOTOS: Ryman Arts celebrates 25th Anniversary with exhibition