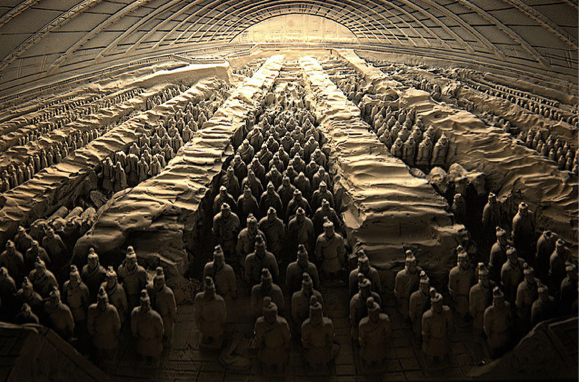 Evanston, IL, USA (April 26, 2016) – Giant Screen Films (GSF) is excited to announce that Mysteries of China, a dramatic tour of an ancient empire, will launch on October 7, 2016 in IMAX© and museum cinemas worldwide.  Through the lens of one of the great archaeological events of the modern age – the discovery of the Terracotta Warriors and the First Emperor’s Tomb – Mysteries of China reveals the underlying story of how this world superpower came to be. This immersive cinema spectacle will premiere for industry buyers at GSF’s Film Forum in June.

“Our industry has been longing for a film on the subject of China for quite some time,” said Don Kempf, producer of China and President of GSF.  “So we are excited to deliver a film with all of the ingredients that giant screen audiences love: a compelling story rich with science and history, giant screen sweeping aerials, and cutting edge CGI. Mysteries of China has something for everyone and I’m certain that it will be great success in the market.”

“This film, like the country, is a visual sensation,” said director Keith Melton.  “We were granted unprecedented access during the filming of China and were the first giant screen production to utilize Sony’s new 8K image processing workflow. The result is stunning footage of unparalleled quality – precisely what the giant screen medium prescribes. From a 2,000 year old archaeological dig twice the size of a soccer field to the vast countryside and craggy peaks of rural China to the ultramodern Pudong district of Shanghai at night, this film takes you everywhere.” 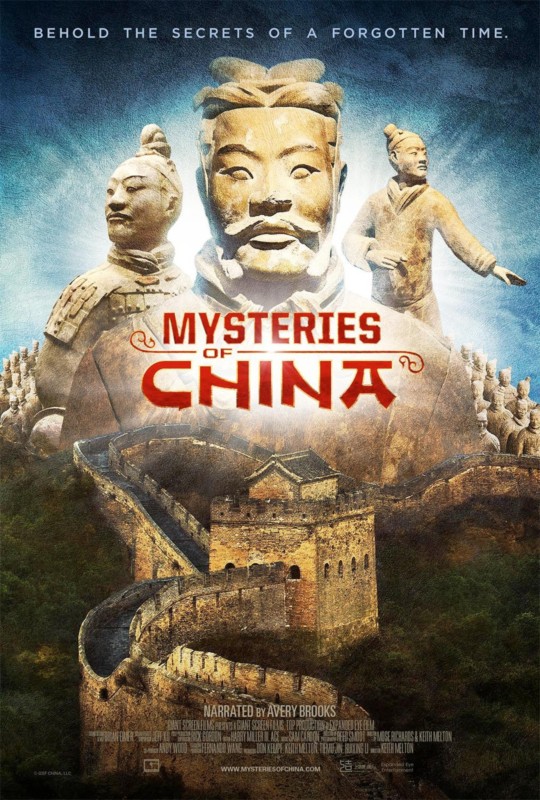 Joe Kleimanhttp://wwww.themedreality.com
Raised in San Diego on theme parks, zoos, and IMAX films, Joe Kleiman would expand his childhood loves into two decades as a projectionist and theater director within the giant screen industry. In addition to his work in commercial and museum operations, Joe has volunteered his time to animal husbandry at leading facilities in California and Texas and has played a leading management role for a number of performing arts companies. Joe has been News Editor and contributing author to InPark Magazine since 2011. HIs writing has also appeared in Sound & Communications, LF Examiner, Jim Hill Media, and MiceChat. His blog, ThemedReality.com takes an unconventional look at the attractions industry. Follow on twitter @ThemesRenewed Joe lives in Sacramento, California with his fiancé, two dogs, and a ghost.
Share
Facebook
Twitter
Linkedin
Email
Print
WhatsApp
Pinterest
ReddIt
Tumblr
Previous articleJack Rouse Associates Designs Museum Where Receiving SPAM is a Great Thing
Next articleLeading Global Architects Join Forces to Transform London’s Trafalgar Square into Miniature Golf Course