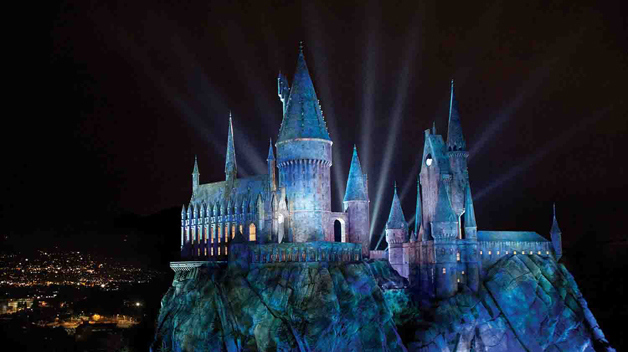 Universal City, CA, USA (December 8, 2015) – Universal Studios Hollywood has announced that “The Wizarding World of Harry Potter™” will open on Thursday, April 7, 2016, marking the highly-anticipated arrival of the West Coast’s dynamic new immersive experience at The Entertainment Capital of L.A.

This eagerly-awaited news coincides with the launch of the destination’s spellbinding campaign, which is stylistically designed to sweep guests into the land’s magical world through the lens of imagination.

The campaign is anchored by a new television spot designed to build suspense and enthusiasm while evoking a sense of wonder and succinctly capture the magical appeal that “The Wizarding World of Harry Potter” has for cross-generational consumers as it announces the April 7 opening date.

More than five years in the making, and inspired by J.K. Rowling’s compelling stories and characters that were brought to life in the Warner Bros. films, “The Wizarding World of Harry Potter” is being masterfully recreated with impeccable detail as a real-world interpretation at Universal Studios Hollywood. The land will be faithful to the visual landscape of the fiction and films, including Hogwarts castle which will serve as its iconic focal point.

From its snow-capped roofs and cobblestone streets to the historic British sensibilities that characterize the whimsical look and feel of the land, “The Wizarding World of Harry Potter” will transport guests of all ages to the very places they read about in the stories or watched on the silver screen. 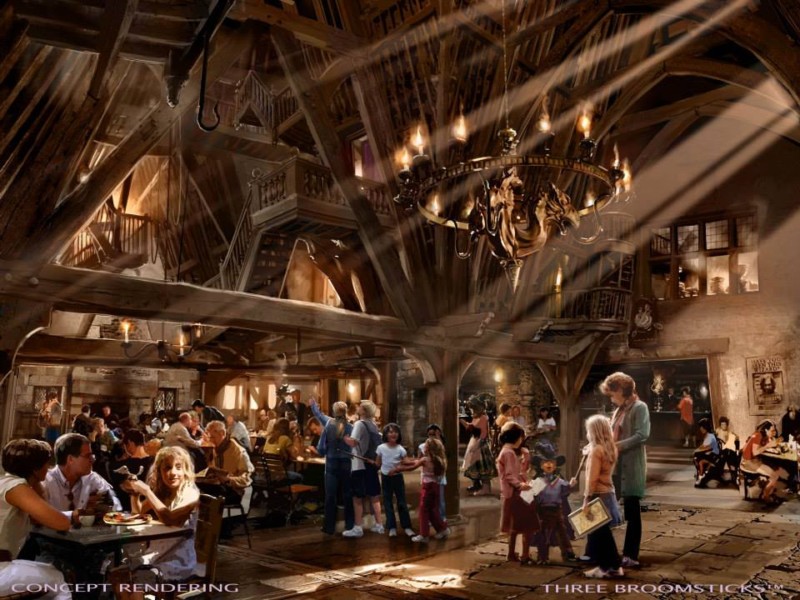 Upon entering the land through the archway, Hogsmeade will bustle to life with the same vitality of a quaint local village: merchants hard at work, a train conductor welcoming new arrivals and a pub packed to the gills with hungry patrons, but with the added element of enthusiastic guests intent on experiencing them all, including the land’s signature ride, “Harry Potter and the Forbidden Journey,” and the family outdoor coaster, “Flight of the Hippogriff™.”

An achievement in pioneering theme park ride technology, “Harry Potter and the Forbidden Journey” will make its debut at Universal Studios Hollywood in hyper-realistic 3D-HD designed to further immerse guests in an already engaging storyline. The multidimensional thrill ride features a groundbreaking robotics ride system, fused with elaborate filmed action sequences and immersive visceral effects. In this updated adaptation of the ride, guests will sport Quidditch-inspired 3D goggles as they venture through journeys experienced by Harry and his friends, spiraling and pivoting 360-degrees along an elevated ride track on a whirlwind adventure of a lifetime.

Also within “The Wizarding World of Harry Potter,” the enchanting family coaster, “Flight of the Hippogriff™” will open as Universal Studios Hollywood’s first outdoor roller coaster. 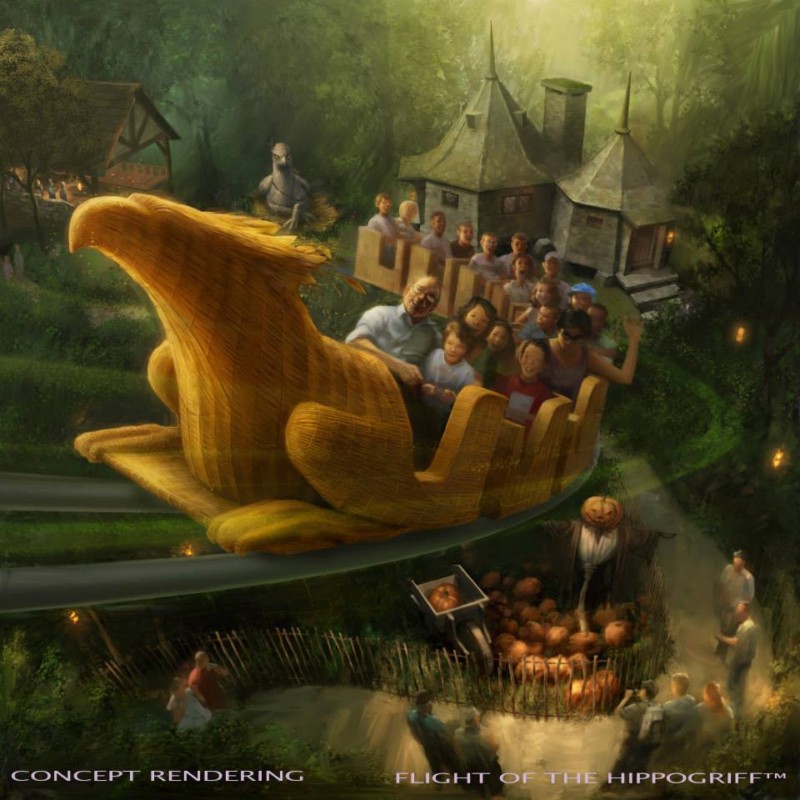 “The Wizarding World of Harry Potter” will resonate with immense detail, inviting guests to revel in Harry Potter’s world with the opportunity to enjoy authentic food and beverage at multiple locations, including Three Broomsticks™, and Hog’s Head pub, as well as the Magic Neep and Butterbeer™ carts.

A foray through the shops will add to the authenticity of the land with eight retail venues and locations, including Honeydukes™, Ollivanders™, Owl Post™, Zonko’s™ Joke Shop, Wiseacre’s Wizarding Equipment, Dervish and Banges, Gladrags Wizardwear and Filch’s Emporium of Confiscated Goods™.

Currently, Universal Studios Hollywood in-park guests can experience and purchase authentic merchandise, including wands, robes and other collectibles from “The Wizarding World of Harry Potter,” available within the Features Presentation shop, located just inside the theme park’s main entry.

Joe Kleimanhttp://www.themedreality.com
Raised in San Diego on theme parks, zoos, and IMAX films, Joe Kleiman would expand his childhood loves into two decades as a projectionist and theater director within the giant screen industry. In addition to his work in commercial and museum operations, Joe has volunteered his time to animal husbandry at leading facilities in California and Texas and has played a leading management role for a number of performing arts companies. Joe has been News Editor and contributing author to InPark Magazine since 2011. HIs writing has also appeared in Sound & Communications, LF Examiner, Jim Hill Media, and MiceChat. His blog, ThemedReality.com takes an unconventional look at the attractions industry. Follow on twitter @themedreality Joe lives in Sacramento, California with his fiancé, two dogs, and a ghost.
Share
Facebook
Twitter
Linkedin
Email
Print
WhatsApp
Pinterest
ReddIt
Tumblr
Previous articleHolovis Showcases New Media Offerings at IAAPA Attractions Expo
Next articleSpace Next from BIG & Digital rolls out in US at National Infantry Museum and Europe at Tycho Brahe Planetarium

Universal Beijing Resort: Everything you need to know for the opening