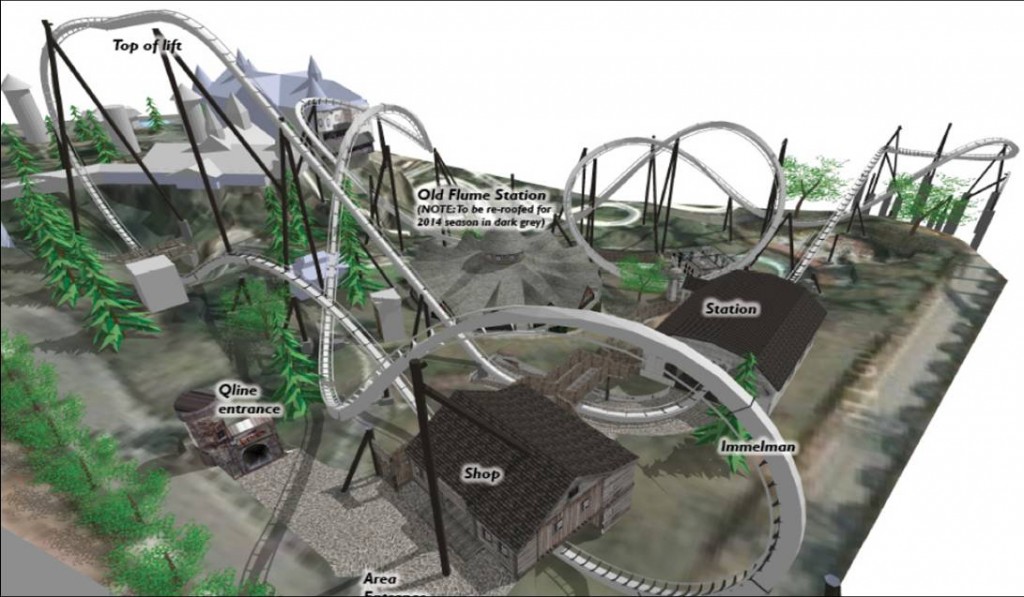 Soltau, Germany (August 2013) — Eight different maneuvers and six obstacles that can only be flown around last minute, with a total distance of 772 meters — In the 2014 season, Heide Park Resort will offer Germany’s first wing coaster and “an incomparable three minute adrenaline rush.” Roller coaster fans ten years and older will be able to brave this giant roller coaster with a unique feeling of flying up to 40 meters in height and with a speed of up to 100 km / h.  A highlight of the ride is the the car with seats hanging in the air, where guests have nothing holding them above or below. Obstacles are missed at the last second, the cars maneuver under bridges and rails and disappear into the ground. “In Germany, there has been no comparable roller coaster, even for die-hard fans this track is a real highlight,” says Thorsten Berwald, Project Manager at Heide Park Resort.

“After a slow 180-degree role the guests start upside down with a half loop in the alley, a total of five times upside down, rotate 360 ​​degrees around the car and fly at a 90-degree angle as along a wall – these are only some of the eight maneuvers. Our Wing Coaster has no time for rest, but thrills begin from the start,” Berwald said, describing the trajectory. Riders experience up to four times their own body weight (4g) in the seats. To date,  there are only eight of these winged coasters around the world, two in Europe. 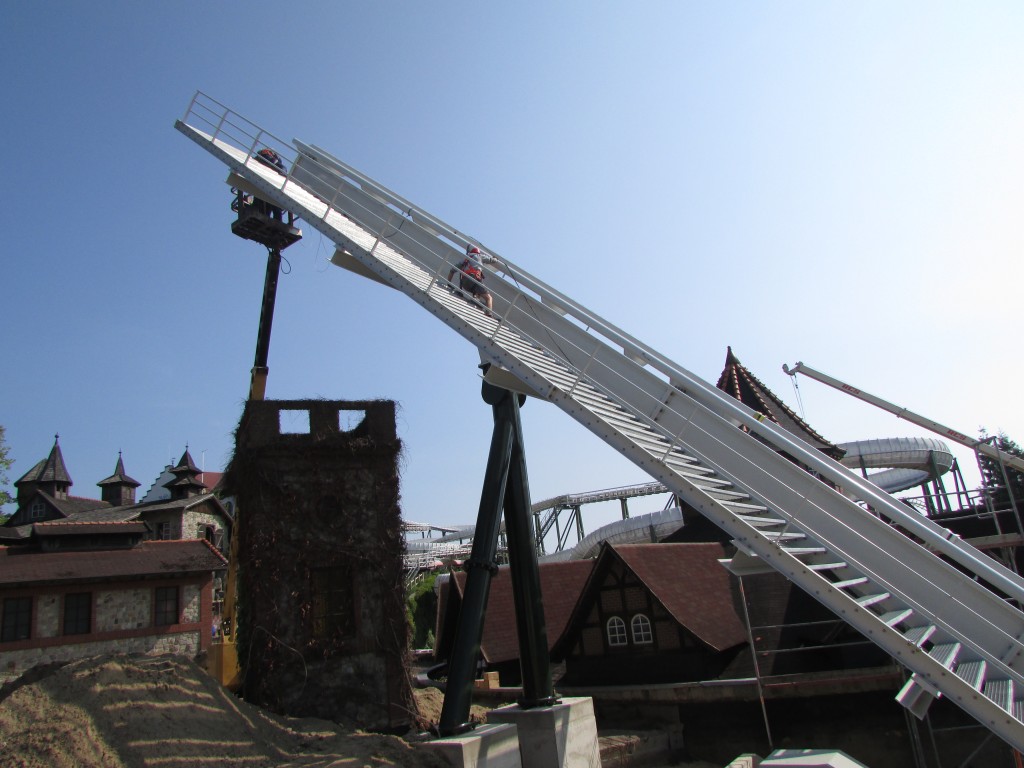 We want to always offer our guests a unique experience and therefore are investing 15 million euros in Germany’s first wing coaster,” says Sabrina de Carvalho, chairman of the board. “This is the largest investment in our 35 years of park history.”  The coaster is manufactured by B & M (Bollinger & Mabillard). The Swiss manufacturer of the Heide Park Resort’s KRAKE (2011), Germany’s first dive coaster. “With the Wing Coaster we take it up a notch,” says de Carvalho.

The Wing Coaster arises in the field of “Transylvania” on an area of ​​about 13,000 square meters – and is growing daily. In autumn, the cars will be delivered and construction is already underway on the track, so first unmanned test rides are expected to be carried out before the beginning of 2014.

Joe Kleimanhttp://wwww.themedreality.com
Raised in San Diego on theme parks, zoos, and IMAX films, InPark's Senior Correspondent Joe Kleiman would expand his childhood loves into two decades as a projectionist and theater director within the giant screen industry. In addition to his work in commercial and museum operations, Joe has volunteered his time to animal husbandry at leading facilities in California and Texas and has played a leading management role for a number of performing arts companies. Joe previously served as News Editor and has remained a contributing author to InPark Magazine since 2011. HIs writing has also appeared in Sound & Communications, LF Examiner, Jim Hill Media, The Planetarian, Behind the Thrills, and MiceChat His blog, ThemedReality.com takes an unconventional look at the attractions industry. Follow on twitter @ThemesRenewed Joe lives in Sacramento, California with his wife, dog, and a ghost.
Share
Facebook
Twitter
Linkedin
Email
Print
WhatsApp
Pinterest
ReddIt
Tumblr
Previous article
“Escape From Tomorrow,” Feature Film Secretly Shot at Disney Parks, to Be Released October 11
Next article
Gathering STEAM, Part 1