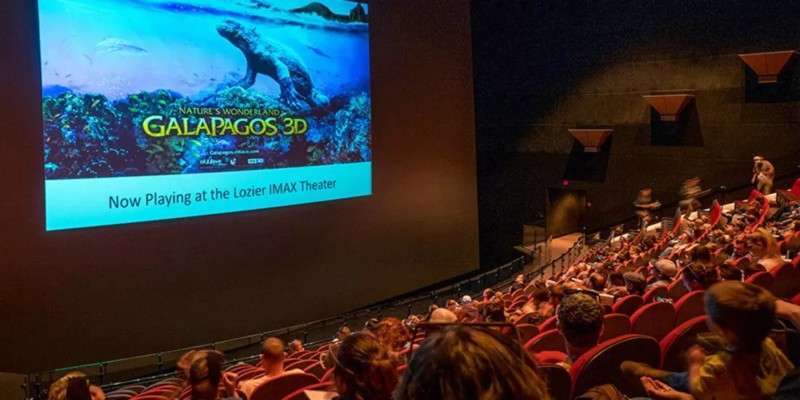 Omaha’s Henry Doorly Zoo and Aquarium has selected D3D Cinema to upgrade the existing IMAX® 15/70 film-based Lozier Theater to a state-of-the-art Christie Digital 4K 3D projection system, which will be installed in March 2018. Upon reopening, the theater will be called the Lozier Giant Screen Theater.

D3D has designed a Christie 4K 3D projection system, which will be complemented by a powerful QSC 5.1 surround sound audio system, a new MDI premium giant screen, along with full alternative content and accessibility packages. In addition to the technological upgrades, the reimagining of the Lozier Giant Screen Theater will include new seats, flooring and lighting.

“Omaha’s Henry Doorly Zoo and Aquarium is one of the world’s truly great zoos, and took on a pioneering role in the giant-screen industry as one of the first zoos to install a theater. We’re thrilled to bring this storied institution into the D3D family, and to help them make this leap to next-generation theater technology – making them the new gold standard for zoo cinemas.” said Derek Threinen, Vice President of Distribution and Business Development for D3D. “As Nebraska’s top paid-attendance attraction, this upgrade will provide an even greater experience to the zoo’s visitors – immersing them in educational and entertaining ‘you are there’ moments about the natural world and its inhabitants like never before – with the most stunning and lifelike images ever seen on the giant screen.”

In addition to inspiring new generations of zoo visitors through access to a much larger selection of relevant and compelling film content, the upgrade will provide impressive new capabilities for presentations, lectures, and other events in the auditorium, as well as special technologies to enhance accessibility for visitors with disabilities.

“As Omaha’s Henry Doorly Zoo and Aquarium has continued to see significant growth, the Lozier Giant Screen Theater remains a very popular point of interest for Zoo visitors,” said Dennis Schnurbusch II, Chief Operating Officer. This upgrade allows us to expand our ability to provide the highest quality education and conservation programming to our visitors. We couldn’t be happier to be working with giant-screen industry leaders like D3D.”

“With this latest installation, Omaha’s Henry Doorly Zoo and Aquarium continues to blaze a trail for zoos everywhere searching for the most compelling way to present the latest mission-relevant programming,“ said Don Kempf, founder and President of D3D Cinema. “And, importantly, the new system will also allow the zoo to dramatically reduce theater operating costs, likely by hundreds of thousands of dollars per year – providing a significant boost to the institution’s bottom line, and their ability to expand the reach of their mission with their visitors and into the surrounding community.”

Joe Kleimanhttp://wwww.themedreality.com
Raised in San Diego on theme parks, zoos, and IMAX films, InPark's Senior Correspondent Joe Kleiman would expand his childhood loves into two decades as a projectionist and theater director within the giant screen industry. In addition to his work in commercial and museum operations, Joe has volunteered his time to animal husbandry at leading facilities in California and Texas and has played a leading management role for a number of performing arts companies. Joe previously served as News Editor and has remained a contributing author to InPark Magazine since 2011. HIs writing has also appeared in Sound & Communications, LF Examiner, Jim Hill Media, The Planetarian, Behind the Thrills, and MiceChat His blog, ThemedReality.com takes an unconventional look at the attractions industry. Follow on twitter @ThemesRenewed Joe lives in Sacramento, California with his wife, dog, and a ghost.
Share
Facebook
Twitter
Linkedin
Email
Print
WhatsApp
Pinterest
ReddIt
Tumblr
Previous articleAudubon Seeks Community Input into Future Plans for New Orleans’ Audubon Park
Next articleSeaWorld and OCEARCH Officially Launch Conservation Partnership