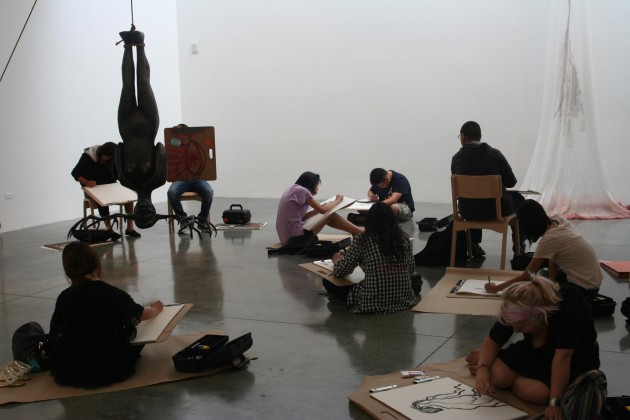 [quote]We are honored and excited to have two more of our industry’s creative forces helping Ryman Arts grow and mentor the talent of tomorrow, not just for the amusement industry, but throughout the artistic community.” — Ryman Arts President Marty Sklar[/quote]

Los Angeles, CA, USA — Ryman Arts, the Southern California arts program named for Herbert D. Ryman, who drew the first overall depiction of Disneyland for Walt Disney, has added two more leaders of the themed entertainment industry to its Board of Directors.

“We are honored and excited to have two more of our industry’s creative forces helping Ryman Arts grow and mentor the talent of tomorrow, not just for the amusement industry, but throughout the artistic community,” Sklar said. ”Our surveys show that nearly 40 percent of the graduates of our program are working in some arts related program. And for the last two years, 100 percent of Ryman Arts graduates continued their education after high school. Our program is building community leaders for the future.”

Since its inception in 1990, Ryman Arts has engaged over 4,500 Southern California teens in its core 18-month studio program. This vibrant community of culturally diverse teens comes from over 150 neighborhoods across the region.

Ryman Arts also spearheads the public drawing initiative, The Big Draw LA, to engage the community in participatory drawing activities every October. In its two decades, Ryman Arts has evolved into a national model for transforming the lives and futures of young artists. A non-profit organization, Ryman Arts is funded by individuals, foundations, corporate supporters, and government agencies including the National Endowment for the Arts.

Joe Kleimanhttp://wwww.themedreality.com
Raised in San Diego on theme parks, zoos, and IMAX films, InPark's Senior Correspondent Joe Kleiman would expand his childhood loves into two decades as a projectionist and theater director within the giant screen industry. In addition to his work in commercial and museum operations, Joe has volunteered his time to animal husbandry at leading facilities in California and Texas and has played a leading management role for a number of performing arts companies. Joe previously served as News Editor and has remained a contributing author to InPark Magazine since 2011. HIs writing has also appeared in Sound & Communications, LF Examiner, Jim Hill Media, The Planetarian, Behind the Thrills, and MiceChat His blog, ThemedReality.com takes an unconventional look at the attractions industry. Follow on twitter @ThemesRenewed Joe lives in Sacramento, California with his wife, dog, and a ghost.
Share
Facebook
Twitter
Linkedin
Email
Print
WhatsApp
Pinterest
ReddIt
Tumblr
Previous articlePaul Chutter Joins Family Business WhiteWater West as VP Sales Operations/Corporate Development
Next articleJeff Havlik and Diane Lochner Promoted to Vice President Positions at PGAV Destinations