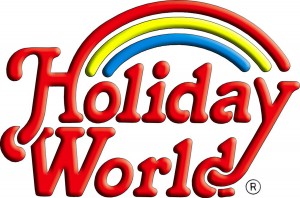 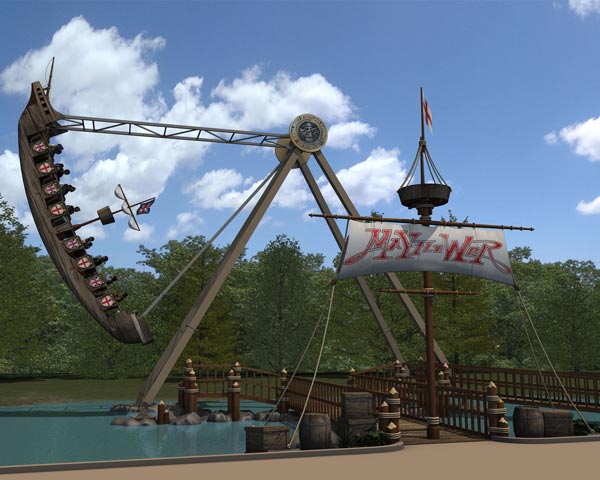 Santa Claus, IN, USA (September 6, 2013) — Holiday World has announced that it’s turning its attention back to Thanksgiving.

“Since 2006, when we expanded Holiday World to include a Thanksgiving-themed section, we’ve received hundreds of suggestions to add a classic swinging ship ride and name it the Mayflower,” says park president Matt Eckert. “We chose the anniversary date of the Pilgrims setting sail for America to announce that our new ride for 2014 is our own Mayflower.”

Eckert says the new family ride will carry up to 60 riders at a time, swinging in an arc 54-feet-high over a pool of water.

“We’re not finished with Thanksgiving,” says Eckert. “Just as it’s our American tradition to serve a bounteous Thanksgiving meal, there are more ‘servings’ planned for the coming years.”

Additional projects for 2014 include:

Eckert says the cost of next year’s improvements will total $8 million. Ticket prices for Holiday World & Splashin’ Safari will not increase in 2014.

Joe Kleimanhttp://wwww.themedreality.com
Raised in San Diego on theme parks, zoos, and IMAX films, InPark's Senior Correspondent Joe Kleiman would expand his childhood loves into two decades as a projectionist and theater director within the giant screen industry. In addition to his work in commercial and museum operations, Joe has volunteered his time to animal husbandry at leading facilities in California and Texas and has played a leading management role for a number of performing arts companies. Joe previously served as News Editor and has remained a contributing author to InPark Magazine since 2011. HIs writing has also appeared in Sound & Communications, LF Examiner, Jim Hill Media, The Planetarian, Behind the Thrills, and MiceChat His blog, ThemedReality.com takes an unconventional look at the attractions industry. Follow on twitter @ThemesRenewed Joe lives in Sacramento, California with his wife, dog, and a ghost.
Share
Facebook
Twitter
Linkedin
Email
Print
WhatsApp
Pinterest
ReddIt
Tumblr
Previous article
Busch Gardens Themed Play Area Latest Highlight of Tampa’s International Plaza
Next article
VIDEO: Transforming Hollywood’s Iconic Chinese Theatre into an IMAX