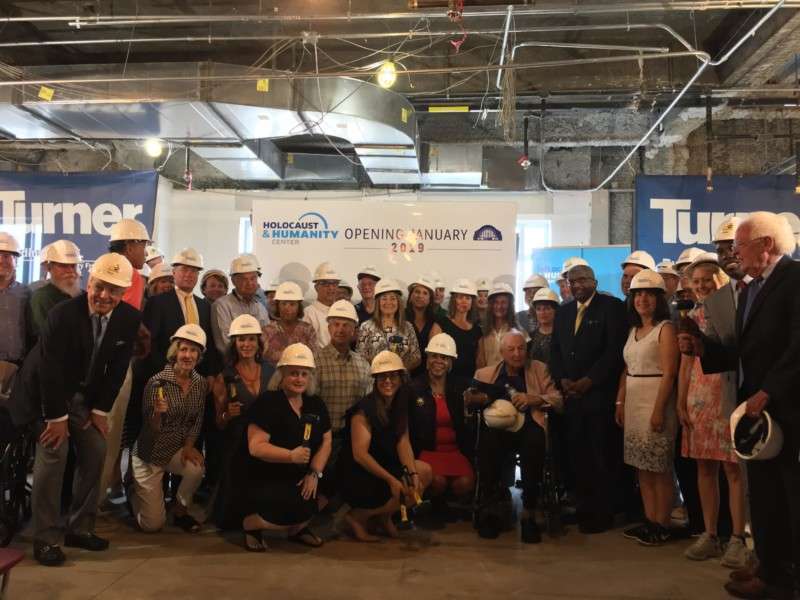 Once the move is completed, HHC will occupy nearly 12,000 square feet of space on the mezzanine and lower levels of Union Terminal. Sarah Weiss, Executive Director of the HHC, explained that the future home of the HHC holds significance, as most survivors who rebuilt their lives in Greater Cincinnati arrived by train and took their first steps in their new home at Union Terminal. 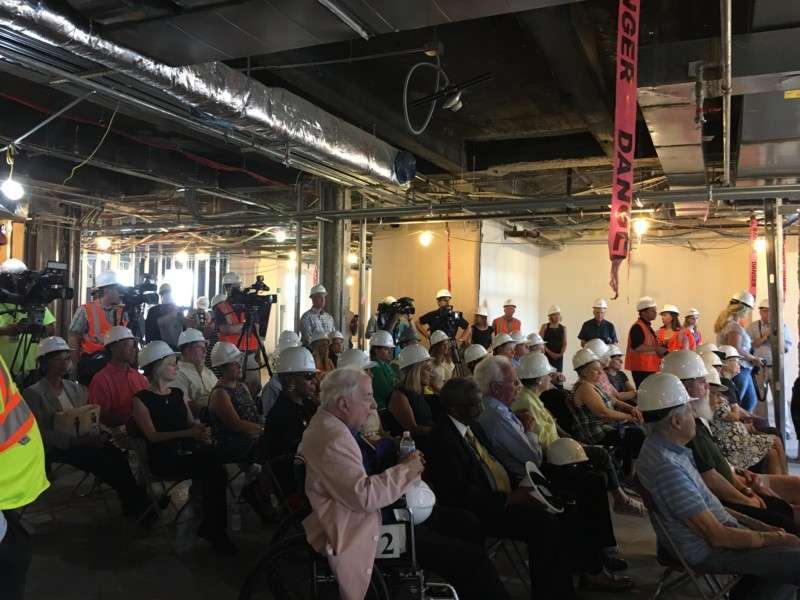 “This demo, with all of our closest supporters standing by, carries incredible significance for the future of our organization,” Weiss said. “At a time of rising hatred, antisemitism and violent extremism around the world, the time for this relocation to Union Terminal is now. One need only read a local newspaper or watch the news to know that acts of violence, fueled by hatred and prejudice, are on the rise, both around the globe and here at home. Bringing the lessons of the Holocaust into the civic conversation is needed now more than ever. This unique partnership will be a first of its kind in the United States, putting Cincinnati on the map.”

“We are pleased to welcome the Holocaust and Humanity Center as neighbors within Union Terminal,” said Elizabeth Pierce, president and CEO of Cincinnati Museum Center. “The work they do is so important and we know that in moving to Union Terminal they can help challenge an even larger audience to think more critically and stand up against injustice.”

Turner Construction Company, a longstanding Cincinnati construction firm, has been selected to manage the construction of the new space, and are serving as the construction manager for the restoration of Union Terminal.  “We are honored to be part of this remarkable team that will be bringing a distinct experience within this one-of-a-kind landmark,” said Steve Swisher, Senior Project Manager for Turner.

Joe Kleimanhttp://wwww.themedreality.com
Raised in San Diego on theme parks, zoos, and IMAX films, InPark's Senior Correspondent Joe Kleiman would expand his childhood loves into two decades as a projectionist and theater director within the giant screen industry. In addition to his work in commercial and museum operations, Joe has volunteered his time to animal husbandry at leading facilities in California and Texas and has played a leading management role for a number of performing arts companies. Joe previously served as News Editor and has remained a contributing author to InPark Magazine since 2011. HIs writing has also appeared in Sound & Communications, LF Examiner, Jim Hill Media, The Planetarian, Behind the Thrills, and MiceChat His blog, ThemedReality.com takes an unconventional look at the attractions industry. Follow on twitter @ThemesRenewed Joe lives in Sacramento, California with his wife, dog, and a ghost.
Share
Facebook
Twitter
Linkedin
Email
Print
WhatsApp
Pinterest
ReddIt
Tumblr
Previous articleIn memoriam: Giant screen film producer Jonathan Barker
Next articleLeto Leto Aqua Park opens in Tyumen, Russia with Polin Slides