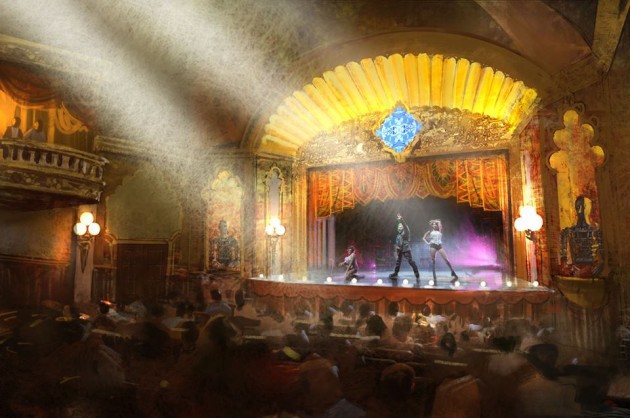 Macau, China, and Los Angeles, CA, USA – Melco Crown Entertainment Limited has revealed an all-star line-up of top international magicians for ‘The House of Magic’, the first and only permanent magic extravaganza at Studio City.

It represents just one of the stunning world-class entertainment centerpieces at the US$3.2 billion Studio City, envisioned by Mr. Lawrence Ho as a thrilling new cinematically-themed entertainment and leisure destination in Macau that is set to become Asia’s Entertainment Capital and to take Macau’s non-gaming entertainment destination proposition to unprecedented new levels.

Awarded ‘Illusionist of the Decade’ by the International Magician Society, Franz Harary is a pioneer of magic on an epic scale – most famously the disappearance of the Sphinx in Cairo and NASA’s Space Shuttle at the Kennedy Space Center. He has previously collaborated on special magical effects for Michael Jackson and other superstars including, Janet Jackson, Justin Timberlake, Ayumi Hamasaki and Justin Bieber, bringing highly innovative illusions to live entertainment productions. 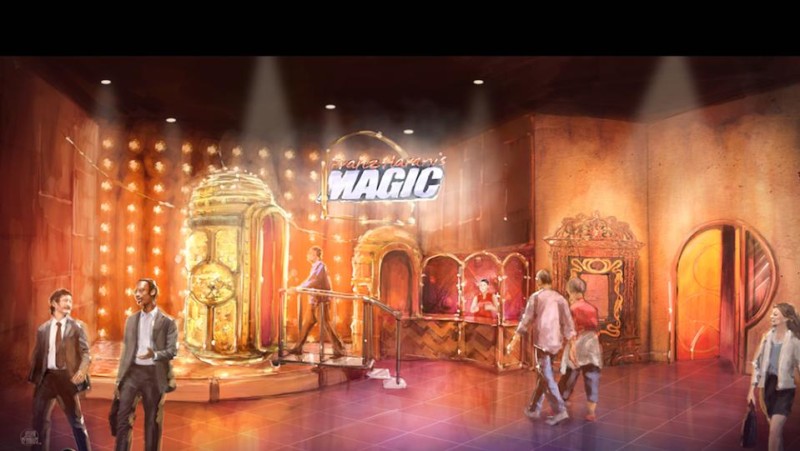 At ‘The House of Magic,’ Franz Harary presides over a magical theatrical extravaganza in what is set to become the “Mecca of Magic” in Asia. Along with his own spectacular ‘Mega-Magic’ show, he will host a stellar, rotating line-up of the most talented magicians invited from around the world.

The first ‘Maestros of Magic’ include UK illusionist James More, who has performed worldwide and appeared in over sixty countries as a performer on Europe’s premier variety television show, “Les Plus Grand Cararet du Monde.”

He is joined by American comedic magician Rudy Coby, also known as “Labman”. A member of the Magic Castle in Hollywood and a US television regular, Coby is known for delivering eclectic and original comedic performances that combine science with magic.

Fellow Magic Castle member, illusionist Danny Cole is one of the world’s premier magicians, with a contemporary approach to the art of sleigh-of-hand. Master illusionist Michael Turco has spent the last year headlining in his own show in Las Vegas, ‘Michael Turco’s “Magic & Mayhem”’ at Planet Hollywood Casino and has created spectacular new illusions for the ‘The House of Magic’ showcase.

Portugal’s Luis de Matos has hosted and produced over 150 award-winning television shows as has starred in the UK on the BBC’s ‘The Magicians’.  Renowned for grand illusions, Luis has previously made an elephant disappear; a Ferrari melt-away; a six ton truck appear – and even made Mickey Mouse appear for the Portuguese launch of the Disney Channel.

Spectacular couples also feature, with Las Vegas based husband and wife due Kyle and Mistie Knight, performing up-close feats of magic in front of amazed audiences and recently headlining in “World Stars of Magic” in the famous casino city.

Partners in magic, Mark Kalin and Jinger Leigh redefine the traditional concepts of a “magic show” with uniquely theatrical show productions. The couple have made memorable appearances on US network television as well as producing thrillingly innovative stage shows. 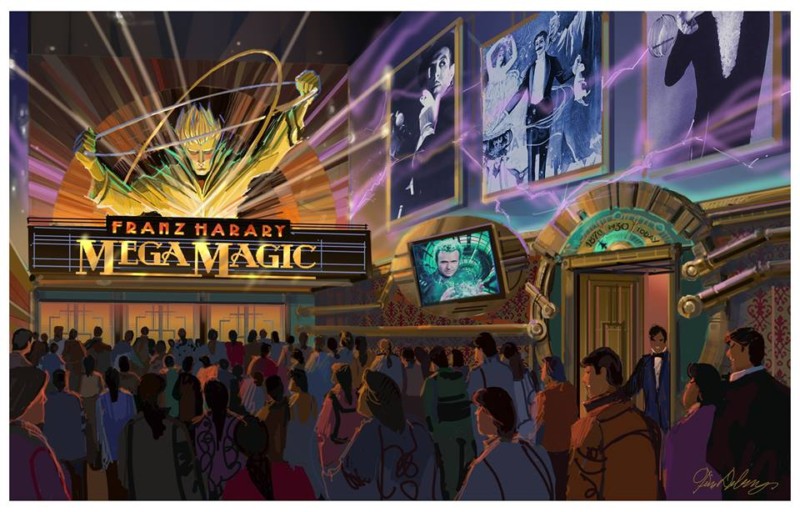 The House of Magic

‘The House of Magic’ is a multi-theatre experience unlike anything seen in Asia before. Visitors enjoy three distinct magic shows within an incredible entertainment complex comprising one 300-seat showcase theater and two 150-seat parlor theaters.

This center for magical entertainment in Asia includes:

“I am thrilled to have the opportunity to work with Mr. Lawrence Ho and Melco Crown Entertainment to realize a long-standing dream to create a true home to magic here in Asia,” explained Franz Harary.

“Working with the considerable expertise of Melco Crown Entertainment in delivering truly unique, world-class entertainment experiences to Asia, ’The House of Magic’ will represent the ultimate showcase for world-class magic. I am delighted that so many of my magician colleagues, representing the highest echelons of their profession, will join me in what I hope will become the center for magic and magicians in the region and around the world.”

Studio City is located on Cotai, Macau, close to the Lotus Bridge immigration point which connects with Hengqin Island, and a future station-point for the Macau Light Rapid Transit. This Hollywood-themed studio-concept resort is set to become the new Asia’s Entertainment Capital.

Joe Kleimanhttp://wwww.themedreality.com
Raised in San Diego on theme parks, zoos, and IMAX films, InPark's Senior Correspondent Joe Kleiman would expand his childhood loves into two decades as a projectionist and theater director within the giant screen industry. In addition to his work in commercial and museum operations, Joe has volunteered his time to animal husbandry at leading facilities in California and Texas and has played a leading management role for a number of performing arts companies. Joe previously served as News Editor and has remained a contributing author to InPark Magazine since 2011. HIs writing has also appeared in Sound & Communications, LF Examiner, Jim Hill Media, The Planetarian, Behind the Thrills, and MiceChat His blog, ThemedReality.com takes an unconventional look at the attractions industry. Follow on twitter @ThemesRenewed Joe lives in Sacramento, California with his wife, dog, and a ghost.
Share
Facebook
Twitter
Linkedin
Email
Print
WhatsApp
Pinterest
ReddIt
Tumblr
Previous articleChristie Brings Powerful Lineup to InfoComm 2015
Next articleVIDEO: Reynold’s Polymer Helps Give Toledo Zoo Guests Clear View of World’s Oceans