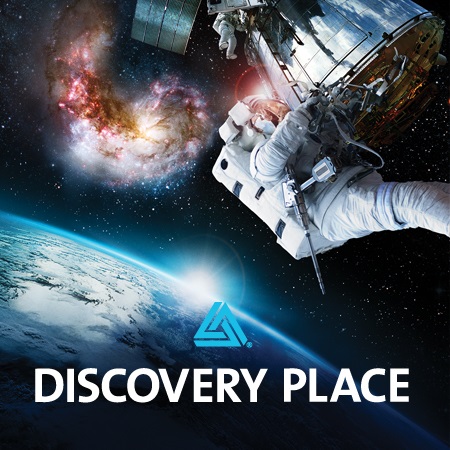 Charlotte, NC, USA — Audiences will be transported to the far reaches of the Universe to witness up-close some of the most challenging spacewalks ever performed when Hubble opens at Discovery Place’s The Charlotte Observer IMAX Dome Theatre January 10.

For nearly 20 years, the Hubble Space Telescope has provided dazzling, unprecedented views of the cosmos—from the splendor of Earth’s celestial neighborhood to galaxies billions of light years away. Audiences will blast off alongside the Atlantis STS-125 crew to experience firsthand Hubble’s awe-inspiring imagery, from the heart of the Orion Nebula and Milky Way to the edge of the observable universe. Recounting the amazing journey of the most important scientific instrument since Galileo’s original telescope,Hubble will immerse moviegoers in the great wonders and astounding beauty of the universe.

Narrated by award-winning actor Leonardo DiCaprio, the film offers an inspiring and unique look into the Hubble Space Telescope’s legacy and highlights its profound impact on the way people view the universe and themselves.

Reuniting the Space Station film team, Hubble is led by producer/director Toni Myers, and James Neihouse, director of photography, who also doubles as the astronaut crew trainer. Judy Carroll is associate producer, and Graeme Ferguson, co-founder of IMAX and pioneer producer of many IMAX space films, is executive producer. Hubble is an IMAX and Warner Bros. Pictures production, in cooperation with National Aeronautics and Space Administration (NASA).

Joe Kleimanhttp://wwww.themedreality.com
Raised in San Diego on theme parks, zoos, and IMAX films, InPark's Senior Correspondent Joe Kleiman would expand his childhood loves into two decades as a projectionist and theater director within the giant screen industry. In addition to his work in commercial and museum operations, Joe has volunteered his time to animal husbandry at leading facilities in California and Texas and has played a leading management role for a number of performing arts companies. Joe previously served as News Editor and has remained a contributing author to InPark Magazine since 2011. HIs writing has also appeared in Sound & Communications, LF Examiner, Jim Hill Media, The Planetarian, Behind the Thrills, and MiceChat His blog, ThemedReality.com takes an unconventional look at the attractions industry. Follow on twitter @ThemesRenewed Joe lives in Sacramento, California with his wife, dog, and a ghost.
Share
Facebook
Twitter
Linkedin
Email
Print
WhatsApp
Pinterest
ReddIt
Tumblr
Previous article
Franceen Gonzales of WhiteWater West Elected to ASTM International Board of Directors
Next article
New Details On The Marvel Experience and First Look at Dome