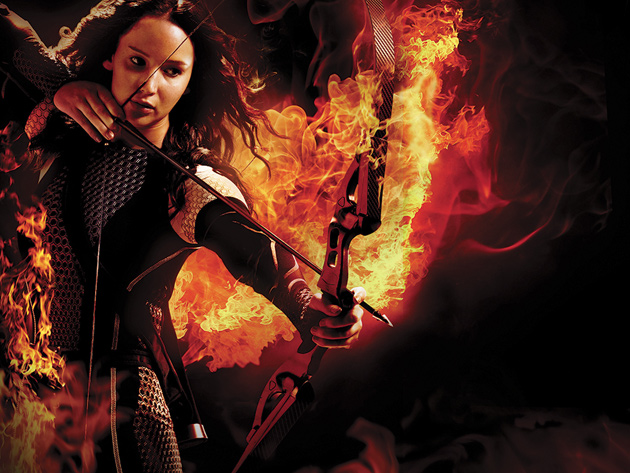 Santa Monica, CA, USA (May 30, 2014) — As part of its initiative to extend its global brands and franchises into new lines of business, Lionsgate (NYSE: LGF), a premier next generation global content leader, will launch a U.S. tour of “The Hunger Games: The Exhibition” in summer 2015, it was announced today by Lionsgate Chief Marketing Officer Tim Palen.  The state-of-the-art exhibition, which will include interactive displays of authentic costumes, props and other elements of the world of The Hunger Games, will be designed in conjunction with Thinkwell Group, one of the world’s leading theme park and location-based entertainment companies.

The first two Hunger Games films have grossed more than $1.5 billion at the worldwide box office and The Hunger Games: Catching Fire became the highest-grossing domestic release of 2013 and the 10th highest-grossing domestic release of all time.  “The Hunger Games: The Exhibition” will launch several months ahead of the November 20, 2015worldwide release of the fourth Hunger Games film, The Hunger Games: Mockingjay – Part 2, and will incorporate artifacts featured in the first three films from locations within the Capitol and the various Districts of Panem.  The exhibition will be featured in major museums and institutions across the country and will be supported by a multimedia promotional effort and nationwide advance ticket sales.

“Now that we’ve built a critical mass of intellectual property, we’re committed to extending our brands into exciting new businesses that create opportunities for our fans to engage with our properties at the same time they deliver significant incremental financial benefits to Lionsgate,” said Palen.  He noted that the exhibits will also be paired with local school curricula, and nearly all aspects of the tour will be interactive.

Palen also announced that, as part of the studio’s commitment to expand its branded retail and merchandising operations, it has brought veteran Thinkwell executive Jenefer Brown in-house, naming her to the newly created post of Senior Vice President, Branded Attractions.  Brown will not only oversee the launch of the U.S. tour of The Hunger Games exhibition but will explore additional theme park attraction and other location-based entertainment opportunities around the world for The HungerGames franchise and the Company’s entire portfolio of branded properties.

Brown brings over 10 years of experience working in both the entertainment and high-technology industries. Most recently, Brown served as both a project manager and director of business development, where she managed the strategic planning and creative development of location-based entertainment projects and live events for major film studios and Fortune 500 Companies, including Warner Bros. Entertainment, Anschutz Entertainment Group, the National Basketball Association, CORE Media Group, Sesame Workshop and Nickelodeon Animation Studios.

Joe Kleimanhttp://wwww.themedreality.com
Raised in San Diego on theme parks, zoos, and IMAX films, InPark's Senior Correspondent Joe Kleiman would expand his childhood loves into two decades as a projectionist and theater director within the giant screen industry. In addition to his work in commercial and museum operations, Joe has volunteered his time to animal husbandry at leading facilities in California and Texas and has played a leading management role for a number of performing arts companies. Joe previously served as News Editor and has remained a contributing author to InPark Magazine since 2011. HIs writing has also appeared in Sound & Communications, LF Examiner, Jim Hill Media, The Planetarian, Behind the Thrills, and MiceChat His blog, ThemedReality.com takes an unconventional look at the attractions industry. Follow on twitter @ThemesRenewed Joe lives in Sacramento, California with his wife, dog, and a ghost.
Share
Facebook
Twitter
Linkedin
Email
Print
WhatsApp
Pinterest
ReddIt
Tumblr
Previous articleJames Cameron Partners with Cirque du Soleil to Create Live Action “Avatar” Touring Show
Next articleFiske Planetarium Holding Inaugural Fulldome Festival in 8K Digital Dome