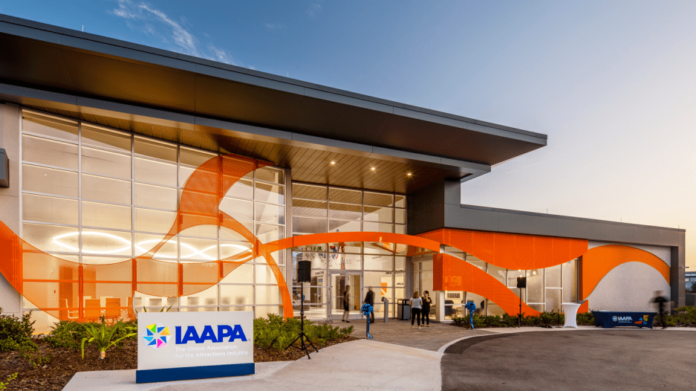 On November 17, 2020, during the IAAPA Expo: Virtual Education Conference, the global association for the attractions industry inducted three industry icons into the prestigious IAAPA Hall of Fame. The IAAPA Hall of Fame awards program honors those who inspire their peers and colleagues around the world, through their innovative contributions that leave a lasting impact on the global attractions industry. The award is the highest and most prestigious honor in the industry and prior inductees include P. T. Barnum (founder of the Barnum and Bailey Circus); Walt Disney (The Walt Disney Company); Milton Hershey (Hersheypark); Bo Kinntorph (Liseberg); Franz Mack (Mack Rides/Europa-Park); Jay Stein (Universal Studios Florida); Geoffrey Thompson (Blackpool Pleasure Beach); Tom Williams (Universal Parks & Resorts), and Antonio Zamperla (Zamperla). This year, three additional industry pioneers have been inducted into the IAAPA Hall of Fame: Tony Baxter, Greg Hale and Mats Wedin.

“The IAAPA Hall of Fame celebrates industry-changing leaders and we are proud to induct these leading edge innovators into the Hall,” said Michael Collins, 2020 chairman of the IAAPA Hall of Fame and Archives Committee and, senior partner, Leisure Development Partners, LLP. “Tony Baxter, Greg Hale and Mats Wedin are inspiring examples to everyone in the the industry. They embody the ingenuity, creativity, passion, and leadership the attractions industry is known for and their contributions leave a lasting legacy.”

Tony Baxter started his career in 1965 as an ice cream scooper at Disneyland in Anaheim, California. In 1970, he became a Disney Imagineer and assisted in the opening of the 20,000 Leagues Under the Sea and Snow White’s Adventure attractions at Walt Disney World in Orlando, Florida.

Upon returning to California he led the development of the Big Thunder Mountain Railroad in 1979. The ride was so successful it opened in Walt Disney World, Tokyo Disneyland, and Disneyland Paris. It remains a Disney classic and one of the parks’ most popular rides.

Tony led teams that inspired guests through imaginative storytelling on a variety of revolutionary attractions and experiences including Star Tours, based on the Star Wars movie franchise and through the master plan development for Disneyland Paris. He was also creatively involved in several pavilions at EPCOT including Journey Into Imagination, and oversaw Indiana Jones Adventure at Disneyland, among many other achievements.

Tony retired in 2013 and was named “Disney Legend.” The company honored his career and work by dedicating a stained glass window on Main Street, U.S.A. that same year.

In 1988 Greg Hale joined Walt Disney World as manager of electrical and electronics engineering, beginning a three-decade career that has had a lasting impact on amusement ride safety around the world.

In 2002, Greg became the first vice president and chief safety officer for Walt Disney Parks and Resorts and today continues to lead a global team of ride design, operations, and maintenance professionals focused on innovation, safety, and accessibility for guests around the world.

Greg is a prolific inventor, and his name is on more than 80 patents worldwide, including the innovative Disney FASTPASS® service. He also developed designs and devices that have helped improve attraction accessibility for people with disabilities, including assistive captioning technology seen today in Disney parks around the globe, and at the World of Coca-Cola Museum, The Hall at Patriot Place in Massachusetts, the Dallas Cowboys Stadium in Texas, and more than two dozen U.S. National Parks.

Throughout his career, Greg has devoted countless hours to the continuous improvement of amusement ride safety. He has championed the ongoing refinement of amusement ride safety standards through ASTM International’s F24 Committee and has led IAAPA’s global safety standards harmonization initiatives by facilitating standards meetings with operators and government safety officials in more than 16 countries. He has also been an active volunteer in other areas within IAAPA, including the association’s executive/finance, government relations, safety, and governance committees, and in 2017, he served as IAAPA’s chairman of the board.

Mats Wedin entered the attractions industry in 1988, while looking for a new professional challenge. The opportunity to join Liseberg amusement park in Gothenburg attracted him, and within five years, he was promoted to CEO. Under his leadership and guidance, the park added innovative rides and attractions that transformed the guest experience.

Mats was the driving force in the development of Liseberg’s first Christmas event. Mats recognized the potential to extend the park’s operating season and led the team that developed its first Christmas special event that generated an additional 550,000 visits to the park in its first year. Today, that legacy continues to attract guests to the park each winter and and inspired many other parks around Europe to add similar events to drive their business.

Mats understands the international size and scope of the attractions industry and during his tenure at Liseberg, was a global ambassador for IAAPA and the industry . He played key roles with the Scandinavian attractions trade associations and became the Swedish delegate to Europarks in 1990. From 1993 to 1998, he chaired the IAAPA International Council and helped lead the evolution of IAAPA Expo Europe (formerly the Euro Attractions Show) and expanding IAAPA’s presence in Europe. He volunteered with IAAPA for many years, participating on more than 10 IAAPA committees, serving as chairman of the IAAPA strategic committee in 2002, and serving as IAAPA chairman of the board in 2007.

To learn more about the IAAPA Hall of Fame visit IAAPA.org/HallofFame.

Joe Kleimanhttp://wwww.themedreality.com
Raised in San Diego on theme parks, zoos, and IMAX films, InPark's Senior Correspondent Joe Kleiman would expand his childhood loves into two decades as a projectionist and theater director within the giant screen industry. In addition to his work in commercial and museum operations, Joe has volunteered his time to animal husbandry at leading facilities in California and Texas and has played a leading management role for a number of performing arts companies. Joe previously served as News Editor and has remained a contributing author to InPark Magazine since 2011. HIs writing has also appeared in Sound & Communications, LF Examiner, Jim Hill Media, The Planetarian, Behind the Thrills, and MiceChat His blog, ThemedReality.com takes an unconventional look at the attractions industry. Follow on twitter @ThemesRenewed Joe lives in Sacramento, California with his wife, dog, and a ghost.
Share
Facebook
Twitter
Linkedin
Email
Print
WhatsApp
Pinterest
ReddIt
Tumblr
Previous articleChristie laser projectors deliver vivid media presentations at Yinji Animal Kingdom’s Tree of Life and 4D theatre
Next articleFORREC Executive VP Steven Rhys retiring after 38 years of service