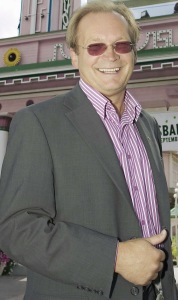 A former chairman of Liseberg, Mats Wedin has been an attractions industry executive for more than 25 years. He has actively served on several national and international committees and global task forces, becoming a key player in bringing the industry together on a national, regional, and worldwide level. Wedin has been a long-term supporter of IAAPA’s global mission and was instrumental in the emergence of IAAPA as a truly international association while he served as a world council director and member of the association’s globalization task force. Wedin was IAAPA Chairman of the Board in 2007 and chairman of the IAAPA European Regional Advisory Committee. He also served on IAAPA’s executive and finance, governance, and strategic planning committees. 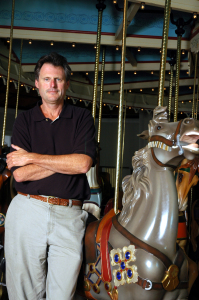 Rob Norris is a trusted advisor to the IAAPA Board of Directors and served as the association’s Treasurer since 2011. He is currently chairing a task force to analyze the IAAPA membership structure to enhance the association’s positioning as a global organization and he is a member of two task forces developing exciting new member programs. Norris is a member of IAAPA’s executive and finance and strategic planning committees and serves as chair of the compensation committee. 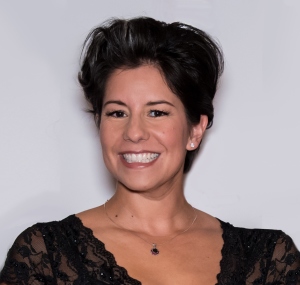 Outstanding Service Award Winner
Franceen Gonzales of Whitewater West Industries in Richmond, British Columbia, Canada, received theOutstanding Service Award, which is presented in recognition of a member individual who works to foster the spirit of goodwill, professionalism, and higher levels of performance within the industry.

An attractions industry executive for 25 years, Gonzales is a dedicated leader and contributor to the industry as an educator and volunteer. She is a trusted advocate for safety within the global attractions industry, and has worked on issues such as the development of a model aquatic health code, and has served on the ASTM International F24 Committee. Gonzales is an active industry volunteer and has served on several IAAPA committees, including the board of directors, and the safety, membership, and the strategic planning committees. She has also led within the attractions industry as the former chairman of the World Waterpark Association and as a member of the board of directors for AIMS (Amusement Industry Manufacturers and Suppliers) and the National Swimming Pool Foundation in Canada. Molter is the founding chairperson of the IAAPA Foundation Board of Directors. Since 2001, Molter has served on the IAAPA Board of Directors, and the executive and finance, governance, education, and marketing committees. As chair of the education committee, Molter was instrumental in retooling the IAAPA Institute for Executive Education and creating IAAPA’s professional development certification program. He also moderated and served on panels during IAAPA Attractions Expo. An attractions industry executive for 20 years, Molter is dedicated to promoting safe operations, global development, and the commercial success of attractions and parks.

Joe Kleimanhttp://wwww.themedreality.com
Raised in San Diego on theme parks, zoos, and IMAX films, InPark's Senior Correspondent Joe Kleiman would expand his childhood loves into two decades as a projectionist and theater director within the giant screen industry. In addition to his work in commercial and museum operations, Joe has volunteered his time to animal husbandry at leading facilities in California and Texas and has played a leading management role for a number of performing arts companies. Joe previously served as News Editor and has remained a contributing author to InPark Magazine since 2011. HIs writing has also appeared in Sound & Communications, LF Examiner, Jim Hill Media, The Planetarian, Behind the Thrills, and MiceChat His blog, ThemedReality.com takes an unconventional look at the attractions industry. Follow on twitter @ThemesRenewed Joe lives in Sacramento, California with his wife, dog, and a ghost.
Share
Facebook
Twitter
Linkedin
Email
Print
WhatsApp
Pinterest
ReddIt
Tumblr
Previous articleTeam Play Awarded Brass Ring Award for Fishbowl Frenzy Coin-Op Game
Next articleaccesso Passport Named Best New Product at 2014 IAAPA Attractions Expo

My IAAPA diary: The 2014 Attractions Expo as seen by a young producer

More than $120,000 Raised for Give Kids the World Village at IAAPA Attractions Expo