Orlando to Host IAAPA Attractions Expo through 2030; IAAPA Global Headquarters to Relocate to City in 2017 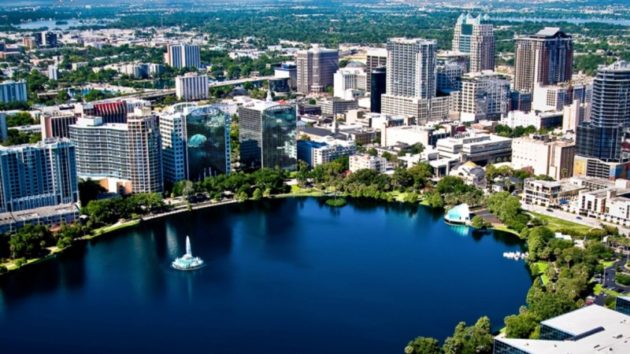 Barcelona, Spain (September 21, 2016) – Today, the International Association of Amusement Parks and Attractions (IAAPA), the largest trade association for the $39 billion worldwide attractions industry, announced it will relocate its global headquarters office to Orlando, Florida. The move will begin in 2017. IAAPA also announced plans to host its annual conference and trade show (IAAPA Attractions Expo) in Orlando at the Orange County Convention Center through 2030. The move from Alexandria, Virginia, and convention contract extension are contingent upon support from the state of Florida and Orange County, Florida.

The IAAPA Board of Directors approved the relocation and convention agreement extension during meetings held in Barcelona, Spain in conjunction with the association’s European conference and trade show, Euro Attractions Show 2016.

Move Supports the Growing Association that Supports a Growing Industry

The IAAPA board of directors concluded the worldwide headquarters for the association should be located in the global epicenter of the theme park and attractions industry, Orlando. In addition to world-renowned theme parks including Legoland Florida, SeaWorld Orlando, Universal Orlando Resort, and Walt Disney World, the region offers Fun Spot, Ripley’s Entertainment, Dave & Buster’s, and other best-in-class attractions including water parks, family entertainment centers, zoos, aquariums, museums, and natural attractions. Many of the industry’s leading manufacturers and suppliers have a presence in the region as well.

The Central Florida location will make it easier for IAAPA members from around the world to connect with each other and engage with IAAPA’s professional staff when they travel to the region to meet with industry suppliers and to see some of the latest industry innovations at Florida’s attractions. As IAAPA’s staffing needs grow in the future, the move will also facilitate the association’s ability to recruit candidates with industry experience.

“IAAPA is the global organization that supports and connects attractions industry professionals from around the world and although we’ve done so successfully for almost 100 years, it’s now time to look ahead and form our vision for the next 100 years,” said John McReynolds 2016 IAAPA Chairman of the Board and Senior Vice President of External Affairs for Universal Parks and Resorts.

“I cannot think of a better place to build our future than in Orlando, the theme park and attractions capital of the world,” McReynolds added. “Our new headquarters will become a global gathering place where industry leaders will connect to conduct business, learn from each other, address challenges, and imagine the attractions that will put smiles on people’s faces for many years to come.”

“In an effort to keep up with the rapid growth of the global attractions industry over the past 10 years, we have expanded our regional offices, increased the products and services we offer our members, added staff, expanded our training and professional development programs, and hosted record-breaking trade shows around the world. We have outgrown our headquarters office so now is the time to put infrastructure in place to support the association and the industry for the future,” said IAAPA President and CEO Paul Noland.

“Orlando is not just a place to have fun, it’s also a great place to conduct serious business and that’s a winning combination for IAAPA,” Noland added.

Convention Agreement Extension to Generate Millions for the Orlando Economy

IAAPA has held its global conference and trade show at the Orange County Convention Center for many years and since 2010. The association previously committed to host the event in Orlando through 2025. That agreement will now be extended for five additional years through 2030. The weeklong event brings 30,000 people to the region and generates an estimated $51.3 million for the Orlando-area economy each year. The economic impact of the 20-year agreement will exceed $1 billion. IAAPA Attractions Expo 2016 takes place at the Orange County Convention Center Nov. 14-18 and additional information is available at www.IAAPA.org/IAAPAAttractionsExpo.

Orange County Mayor Teresa Jacobs traveled to Barcelona to answer questions from the IAAPA board members about the region and to outline the county’s interest in bringing the headquarters to Orlando and discuss the Expo extension.

“We’re thrilled to welcome IAAPA to Central Florida,” said Orange County Mayor Teresa Jacobs. “In addition to the obvious synergy with our world-class theme park and entertainment industries, the addition of another national association headquarters unit is tremendously important. As the home of the AAU and USTA associations, it makes great sense to add IAAPA to this impressive lineup.”

Joe Kleimanhttp://wwww.themedreality.com
Raised in San Diego on theme parks, zoos, and IMAX films, InPark's Senior Correspondent Joe Kleiman would expand his childhood loves into two decades as a projectionist and theater director within the giant screen industry. In addition to his work in commercial and museum operations, Joe has volunteered his time to animal husbandry at leading facilities in California and Texas and has played a leading management role for a number of performing arts companies. Joe previously served as News Editor and has remained a contributing author to InPark Magazine since 2011. HIs writing has also appeared in Sound & Communications, LF Examiner, Jim Hill Media, The Planetarian, Behind the Thrills, and MiceChat His blog, ThemedReality.com takes an unconventional look at the attractions industry. Follow on twitter @ThemesRenewed Joe lives in Sacramento, California with his wife, dog, and a ghost.
Share
Facebook
Twitter
Linkedin
Email
Print
WhatsApp
Pinterest
ReddIt
Tumblr
Previous articleVortex Aquatic Structures Designs Splash Island Kids Area with Kings Dominion
Next articleMycotoo Designs Fright Fest Maze for Six Flags Magic Mountain