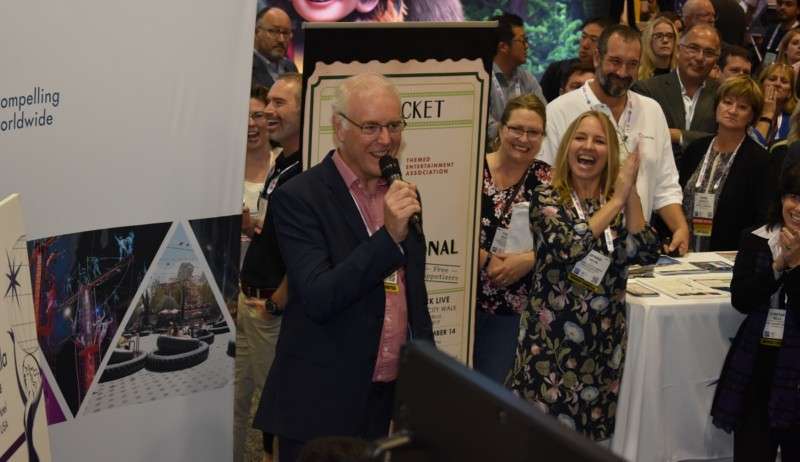 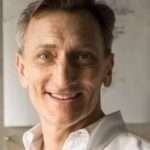 The Themed Entertainment Association (TEA) will officially announce the new slate of TEA Thea Awards recipients at a press conference on Tuesday, Nov 13, 2018 at 2:00 pm (local time) during the IAAPA Attractions Expo in Orlando. New TEA International President Michael Mercadante (left) of Main Street Design. will make the announcement from the TEA booth, #1366.

A press release with a comprehensive list of projects and descriptions – detailing the full, international slate of Thea Award recipients – will be issued immediately following the announcement and posted at www.teaconnect.org. Hashtag: #TEAtheas

Members of the press are encouraged to attend (contact Judith Rubin, [email protected]) along with TEA members and IAAPA delegates. TEA leadership and members of the Thea Awards Committee will be on hand, as well as award recipients.

While the Thea recipients are announced in November 2018, they will be formally awarded the following year, on April 13, 2019 at the 25th annual TEA Thea Awards Gala, to be held at Disneyland in Anaheim, CA. Prior to the Gala, the annual TEA Summit will be held April 11-12, 2019 featuring Case Studies of the Thea recipients. Ticket sales will commence in December 2018 at www.teaconnect.org.

The Thea Awards recipients will include a lifetime achievement honoree (the “Buzz Price Thea Award for a Lifetime of Distinguished Achievements), a Thea Classic (honoring a project that has stood the test of time), and an award for Outstanding Technology, plus numerous Awards for Outstanding Achievement (AOA) recognizing excellence and creative and technological breakthroughs. The TEA Distinguished Service Award recipient will also be named.

TEA welcomes back Chimelong Group as Presenting Sponsor of the Thea Awards Gala for the fourth consecutive year. Chimelong Group has been called a game changer since entering the theme park business in 1997, bringing a unique vision to projects but also recognizing and drawing upon the expertise and experience of the global theme park community. Chimelong has set an example of international collaboration and brought something new to the international theme park world, and several Chimelong achievements have been honored with TEA Thea Awards. 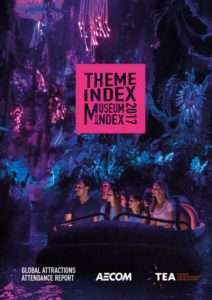 AECOM returns in its role of supporting the Annual TEA Thea Awards Gala as Theme Index Partner, marking the company’s continued collaboration with TEA on the annual TEA/AECOM Theme Index and Museum Index. The TEA/AECOM Theme Index, published mid-year, is the definitive global study of attendance at the world’s top theme parks, water parks and museums. It is provided free as a resource for the industry, published online by TEA and AECOM and also distributed in print, and in a Chinese language edition. The relationship between AECOM and TEA is of long standing and the company plays an important role as a presenter and facilitator for TEA conferences and TEA panels at outside events.

About the Thea Awards

About the Themed Entertainment Association (TEA)

Joe Kleimanhttp://wwww.themedreality.com
Raised in San Diego on theme parks, zoos, and IMAX films, InPark's Senior Correspondent Joe Kleiman would expand his childhood loves into two decades as a projectionist and theater director within the giant screen industry. In addition to his work in commercial and museum operations, Joe has volunteered his time to animal husbandry at leading facilities in California and Texas and has played a leading management role for a number of performing arts companies. Joe previously served as News Editor and has remained a contributing author to InPark Magazine since 2011. HIs writing has also appeared in Sound & Communications, LF Examiner, Jim Hill Media, The Planetarian, Behind the Thrills, and MiceChat His blog, ThemedReality.com takes an unconventional look at the attractions industry. Follow on twitter @ThemesRenewed Joe lives in Sacramento, California with his wife, dog, and a ghost.
Share
Facebook
Twitter
Linkedin
Email
Print
WhatsApp
Pinterest
ReddIt
Tumblr
Previous article
Barco undergoing restructuring to better meet market demands and growth opportunities
Next article
WhiteWater and Holovis partner to reinvent the waterpark experience