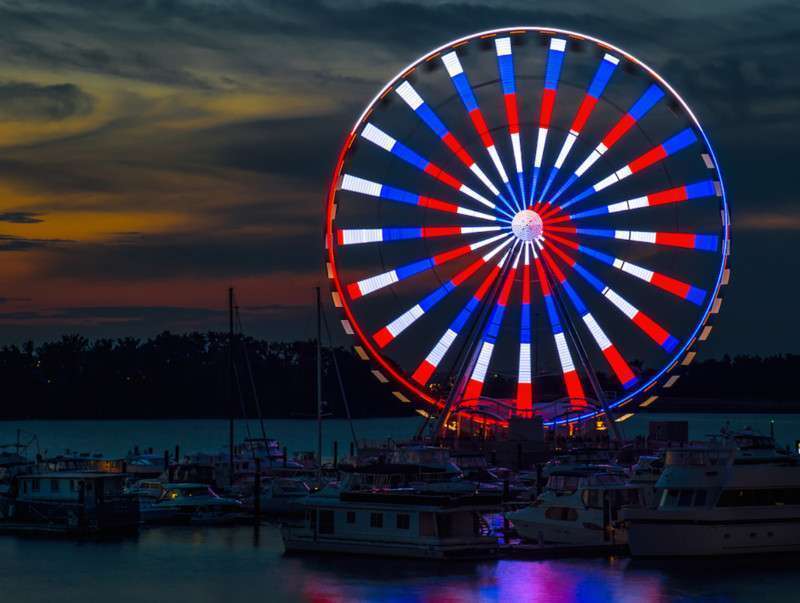 ICON Attractions has been selected by Lodging Hospitality Management (LHM) to operate The St Louis Wheel, a 200-foot tall observation wheel under construction at Union Station. The firm will also operate a carousel and other family-friendly attractions, all part of a $150-million entertainment complex in historic downtown St. Louis.

Union Station in St. Louis is a National Historic Landmark, once the busiest and largest train station in the world. Converted in the early 1980s, Union Station now features the four diamond St. Louis Union Station Hotel and The Grand Hall at Union Station. The Train Park at Union Station currently includes a festival space – home to the Polar Express, food outlets, an outdoor plaza and fire and light show. The destination continues to flourish with the construction of the St. Louis Aquarium at Union Station, St. Louis Wheel, Carousel, Mini Golf, Ropes Course and Mirror Maze, all set to open in 2019.

“St. Louis is the heart of America,” said LHM President and COO Stephen M. O’Loughlin. “Reimaging the future of Union Station, opening a world-class aquarium, and delivering a year-round family entertainment destination, all while preserving an important part of history, is something we are incredibly excited about.”

“LHM is a highly-respected and innovative hospitality firm,” said ICON Attractions CEO Eli Stovall. “We are thrilled to be working with LHM on the development of new family experiences at Union Station St. Louis, and honored to be part of this award-winning team.”

The redevelopment of Union Station in St. Louis is not the first mixed-use project for ICON Attractions. In 2019 The Capital Wheel (pictured above) and Harbor Carousel at National Harbor, under the management of ICON Attractions, will celebrate a 5-year anniversary at the riverfront development.

“The Capital Wheel has been an iconic addition to National Harbor and the Washington, DC region,” said ICON Attractions COO Curtis Parks. “Since opening in 2014, our team has grown and thrived in the hospitality arena. Our longtime experience in water parks, amusement parks and family entertainment centers has proven invaluable as we expand into retail entertainment experiences.”

The St. Louis Wheel is currently under construction and scheduled to open in 2019.

Joe Kleimanhttp://wwww.themedreality.com
Raised in San Diego on theme parks, zoos, and IMAX films, InPark's Senior Correspondent Joe Kleiman would expand his childhood loves into two decades as a projectionist and theater director within the giant screen industry. In addition to his work in commercial and museum operations, Joe has volunteered his time to animal husbandry at leading facilities in California and Texas and has played a leading management role for a number of performing arts companies. Joe previously served as News Editor and has remained a contributing author to InPark Magazine since 2011. HIs writing has also appeared in Sound & Communications, LF Examiner, Jim Hill Media, The Planetarian, Behind the Thrills, and MiceChat His blog, ThemedReality.com takes an unconventional look at the attractions industry. Follow on twitter @ThemesRenewed Joe lives in Sacramento, California with his wife, dog, and a ghost.
Share
Facebook
Twitter
Linkedin
Email
Print
WhatsApp
Pinterest
ReddIt
Tumblr
Previous articleVortex combines river rides and waterslides into new RiverQuest multi-sensory family attractions
Next articleMR-Profun brings fun to new heights with Bangkok’s Mahanakhon SkyWalk