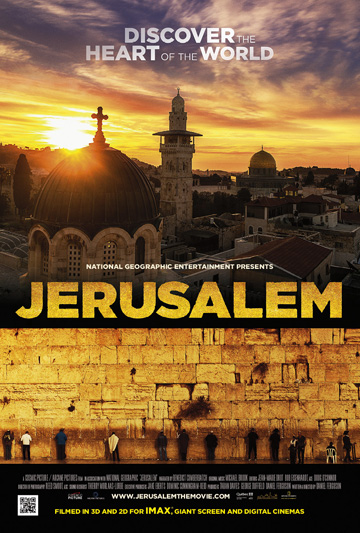 Charlotte, NC, USA (September 10, 2013) —  Jerusalem: sacred to half the people on earth; fought over more than any other place in history; conquered and destroyed, rebuilt and reinvented repeatedly over 5,000 years. Now, for the first-time ever, a new giant screen film adventure immerses audiences in a spectacular cinematic journey – soaring high above the Holy Land and plunging deep into the vibrant Old City – so they can experience as never before the iconic sites cherished by billions. The new film, JERUSALEM, will make its Southeastern U.S. premiere at The Charlotte Observer IMAX Dome Theatre at Discovery Place on Saturday, September 21.

Narrated by Benedict Cumberbatch (“Star Trek into the Darkness,” PBS’s “Sherlock”), JERUSALEM gives audiences a rare glimpse of the ancient, storied city, as well as exclusive access to iconic holy sites and little-known parts of the region – including the Western Wall, the Church of the Holy Sepulchre, the Dome of the Rock, the Jordan River, the Sea of Galilee, and the mountain fortress of Masada.  Filmmakers were granted special permission in the region’s strict no-fly zone, enabling them to capture the first-ever large format aerial images of the Old City and throughout the Holy Land.

Audiences will discover why this tiny piece of land is sacred to three major religions through the stories of Jewish, Christian and Muslim families who call Jerusalem home. They will also join renowned archaeologist, Dr. Jodi Magness, as she travels underground to solve some of this city’s greatest mysteries. Find out why, after thousands of years, Jerusalem and the Holy Land continue to stir the imagination of billions of people. 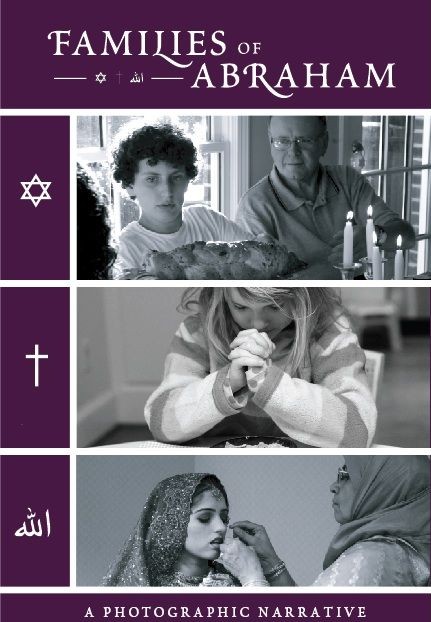 Filmgoers can continue their exploration of these three major faiths at Families of Abraham, a photographic exhibition that explores the commonalities between Christians, Jews and Muslims.  Led by project director and curator Eleanor Brawley, a team of eight local photographers followed eleven different Jewish, Christian and Muslim families from the Charlotte area for a year, documenting daily life and faith practices. They captured Holy Days across the three religions, as well as family milestones and moments from the families’ everyday lives.  The results are showcased in an intimate and insightful exhibition of faith and commonality.  Families of Abraham will be displayed at Discovery Place through January 12, 2014 and is FREE to all visitors.

JERUSALEM is an original production from Cosmic Picture and Arcane Pictures and distributed by National Geographic Entertainment. The 43-minute large format film was executive produced by the late Jake Eberts, legendary producer of movies such as “Gandhi,” “Chariots of Fire,” and “Dances with Wolves”; produced by Taran Davies, George Duffield and Daniel Ferguson; and written and directed by Daniel Ferguson.  Large format industry veteran Reed Smoot, ASC is director of photography.

“With this extraordinary film’s immersive experience, audiences will feel as if they are really walking the streets of this beloved and iconic place,” said Lisa Truitt, president of National Geographic Entertainment.

“Through the unrivaled beauty, visceral nature and incredible technology of the giant screen format, you feel as if you are experiencing Jerusalem up-close and first-hand,” said writer/director Daniel Ferguson.

Families of Abraham was created by Eleanor Brawley, curator, with assistance from Levine Museum of the New South, Charlotte, North Carolina and made possible by generous grants from John S. and James L. Knight Foundation, Arts & Sciences Council and Lilly Endowment, Inc.

Joe Kleimanhttp://wwww.themedreality.com
Raised in San Diego on theme parks, zoos, and IMAX films, InPark's Senior Correspondent Joe Kleiman would expand his childhood loves into two decades as a projectionist and theater director within the giant screen industry. In addition to his work in commercial and museum operations, Joe has volunteered his time to animal husbandry at leading facilities in California and Texas and has played a leading management role for a number of performing arts companies. Joe previously served as News Editor and has remained a contributing author to InPark Magazine since 2011. HIs writing has also appeared in Sound & Communications, LF Examiner, Jim Hill Media, The Planetarian, Behind the Thrills, and MiceChat His blog, ThemedReality.com takes an unconventional look at the attractions industry. Follow on twitter @ThemesRenewed Joe lives in Sacramento, California with his wife, dog, and a ghost.
Share
Facebook
Twitter
Linkedin
Email
Print
WhatsApp
Pinterest
ReddIt
Tumblr
Previous article
Chicago Lightscape Lighting and Sound experience enhanced by DesignLab Chicago
Next article
Ferrari World Revs Up For Week-Round Operation