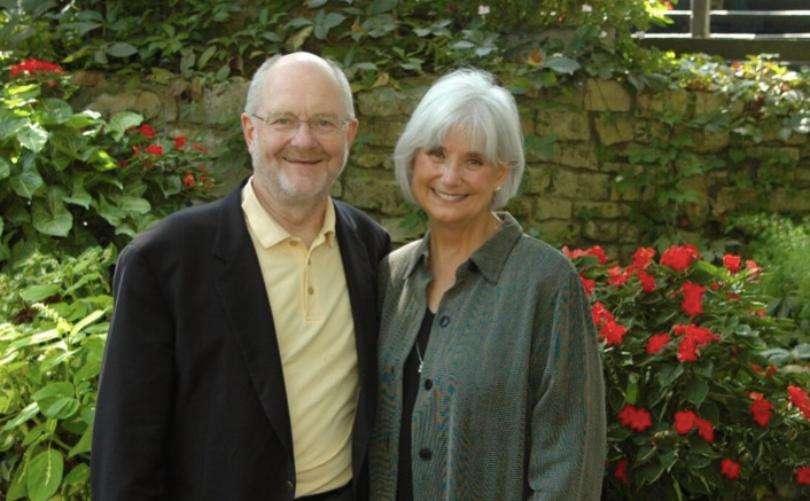 JoDee Herschend passed away on Sunday, November 25 surrounded by her family following a courageous 24-year battle against cancer.

Born JoDee Remien, she grew up in Springfield, MO and took a job at Silver Dollar City in the summer of 1962 while a student at Southwest Missouri State University (now Missouri State University). At SDC, JoDee worked in the General Store and also was a street performer playing the role of “Sarey Ellen” alongside a young Peter Herschend. Their street performances led to love and eventually marriage. Over the next 50+ years they worked together to build Herschend Enterprises and raise five children.

Beyond her work with the family, JoDee founded The Caring People, an international ministry to single mothers. More than two decades after its founding, The Caring People has grown to serve single moms in more than 30 locations in four states and in Central America.

A long-time resident of Branson, Missouri, JoDee and Peter invested time and money in a wide range of ministries and projects at the local, national and international levels including Acts 29, Episcopal World Missions, and Fellowship of Christian Athletes. JoDee and Peter helped establish Sigma House, a drug rehabilitation center in Branson, and the Ozark Food Harvest.

A celebration of life is scheduled for Monday, December 3, 2018 at 11am at James River Church in Ozark, MO. In lieu of flowers, the family asks that donations be made in JoDee’s memory to The Caring People at www.thecaringpeople.org.

Joe Kleimanhttp://wwww.themedreality.com
Raised in San Diego on theme parks, zoos, and IMAX films, InPark's Senior Correspondent Joe Kleiman would expand his childhood loves into two decades as a projectionist and theater director within the giant screen industry. In addition to his work in commercial and museum operations, Joe has volunteered his time to animal husbandry at leading facilities in California and Texas and has played a leading management role for a number of performing arts companies. Joe previously served as News Editor and has remained a contributing author to InPark Magazine since 2011. HIs writing has also appeared in Sound & Communications, LF Examiner, Jim Hill Media, The Planetarian, Behind the Thrills, and MiceChat His blog, ThemedReality.com takes an unconventional look at the attractions industry. Follow on twitter @ThemesRenewed Joe lives in Sacramento, California with his wife, dog, and a ghost.
Share
Facebook
Twitter
Linkedin
Email
Print
WhatsApp
Pinterest
ReddIt
Tumblr
Previous articleChance Rides receives IAAPA Brass Ring Award for Electric C.P. Huntington train
Next articleWEEKEND VIEWING: InPark explores IAAPA 2018