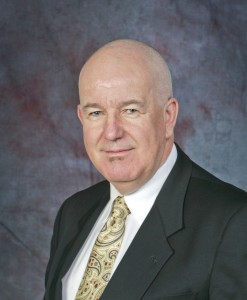 Electrosonic is a leading national and global AV systems integrator. Its portfolio includes many of the highest profile theme park attractions, museums and visitor centers in the world. The company has worked closely with the leading theme park developers in Florida since it opened its first US office in 1972.

“I’m thrilled with the opportunity to support Electrosonic’s business in the Southeast,” says Les. “I’m looking forward to bringing my many years of experience in the Entertainment market to further enhance our support for our clients.”

“The Entertainment market in the Southeast is a key business area for Electrosonic,” added Bryan Hinckley, Electrosonic’s Business Development Manager of Themed Entertainment. “Les brings an unmatched experience in the theme park and museum markets that will help us develop new business as well as support our existing clients and ongoing projects.”

Les has spent over 25 years in the themed entertainment market. Prior to joining Electrosonic, Les worked for Universal Studios as Area Director and Technical Manager during the construction of Universal Studios Japan. He was also the Show/Ride Manager for the Indiana Jones Ride at Disneyland and for the Splash Mountain Ride at Walt Disney World.  He also spent several years as Project Director for SimEx-Iwerks where he participated in the development of the company’s extremely popular Turbo Tour motion based systems and 4D seat products, and managed dozens of special venue theaters around the world.

Joe Kleimanhttp://wwww.themedreality.com
Raised in San Diego on theme parks, zoos, and IMAX films, InPark's Senior Correspondent Joe Kleiman would expand his childhood loves into two decades as a projectionist and theater director within the giant screen industry. In addition to his work in commercial and museum operations, Joe has volunteered his time to animal husbandry at leading facilities in California and Texas and has played a leading management role for a number of performing arts companies. Joe previously served as News Editor and has remained a contributing author to InPark Magazine since 2011. HIs writing has also appeared in Sound & Communications, LF Examiner, Jim Hill Media, The Planetarian, Behind the Thrills, and MiceChat His blog, ThemedReality.com takes an unconventional look at the attractions industry. Follow on twitter @ThemesRenewed Joe lives in Sacramento, California with his wife, dog, and a ghost.
Share
Facebook
Twitter
Linkedin
Email
Print
WhatsApp
Pinterest
ReddIt
Tumblr
Previous article
Issue #48: Technology
Next article
Cedar Fair Sells Knott’s Soak City Palm Springs to CNL Lifestyle Properties