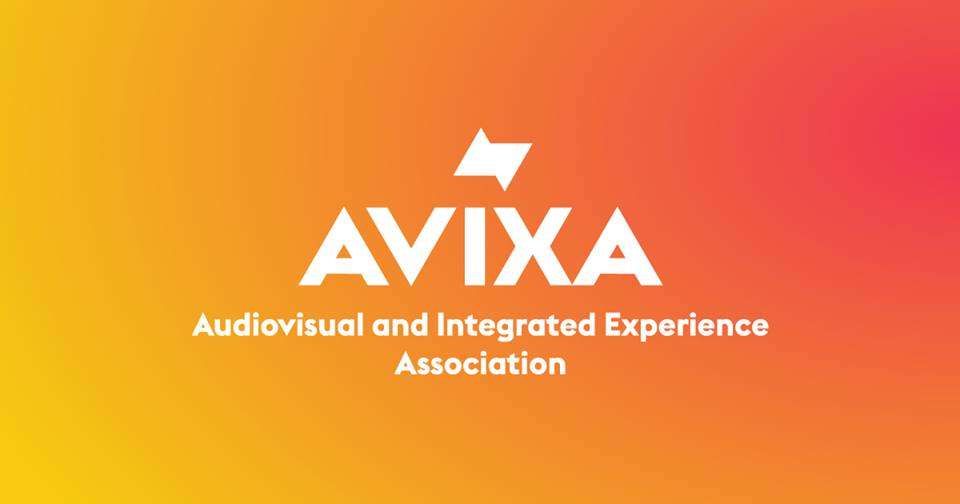 It’s a new name for an old friend.

InfoComm International® is now known as the Audiovisual and Integrated Experience Association™ (AVIXA). AVIXA’s broadening mission is to be an industry hub, while also acting as a catalyst for market growth beyond what has been considered traditionally as professional AV.

AVIXA’s trade shows worldwide, including the North America show, June 2-8 in Las Vegas, will continue to operate under the InfoComm name.

“This is an exciting time for our industry and for the advancement of audiovisual solutions across a wide range of customer experiences,” said David Labuskes, CTS®, CAE, RCDD, Executive Director and CEO of AVIXA. “Thanks to the innovative, creative efforts of so many members, partners, and their customers, we have collectively grown far beyond what InfoComm International could do to promote AV around the world. AV experiences have become so ubiquitous, and they’ve come to include so many more technologies, and touch so many more personal and professional lives, that we felt compelled to embrace a new identity that more accurately reflects this industry’s excitement and welcomes a far more diverse community of professionals.”

In recent years, AVIXA’s members have evolved to offer much more than audiovisual products and systems. Their innovation and attention to customer requirements has led to an industry of solution providers that use audiovisual technology to create outcomes. AVIXA membership has grown to include experiential designers, content creators, IT companies, and users of AV solutions across a growing cross section of markets. AVIXA’s 2017 InfoComm show in Orlando last June attracted a greater share of AV customers than in any other year.

By adopting the name AVIXA, the industry association, which operates as a trade organization representing companies and a professional society representing individuals, aims to reflect both what its members do (AV) and what they create for customers, which are integrated experiences (IX).

“The AVIXA Board of Directors has set out an ambitious plan to grow the association, increase awareness of AV experiences, and reinvent our brand in order to propel this industry into the future,” said Gary Hall, CTS-D, CTS-I, President of the AVIXA Board, and Federal Strategy, Planning and Operations Leader at Cisco Systems. “With new and different people and technologies coming into this space, we are thrilled that AVIXA will be home to all of them.”

“Organizations evolve,” said Labuskes. “AVIXA’s core programs remain the same — training, certification, standards, community, market intelligence, trade shows — but the industry has changed in exciting ways, and the opportunity to grow the market for audiovisual experiences is so vast, it was important that the AV industry’s leading association change with it.”

The Integration of Things: InPark goes to InfoComm

Joe Kleimanhttp://wwww.themedreality.com
Raised in San Diego on theme parks, zoos, and IMAX films, InPark's Senior Correspondent Joe Kleiman would expand his childhood loves into two decades as a projectionist and theater director within the giant screen industry. In addition to his work in commercial and museum operations, Joe has volunteered his time to animal husbandry at leading facilities in California and Texas and has played a leading management role for a number of performing arts companies. Joe previously served as News Editor and has remained a contributing author to InPark Magazine since 2011. HIs writing has also appeared in Sound & Communications, LF Examiner, Jim Hill Media, The Planetarian, Behind the Thrills, and MiceChat His blog, ThemedReality.com takes an unconventional look at the attractions industry. Follow on twitter @ThemesRenewed Joe lives in Sacramento, California with his wife, dog, and a ghost.
Share
Facebook
Twitter
Linkedin
Email
Print
WhatsApp
Pinterest
ReddIt
Tumblr
Previous article
The Battle for the Iron Throne Begins in Barcelona with GAME OF THRONES: THE TOURING EXHIBITION
Next article
Issue 69 Browsing Version