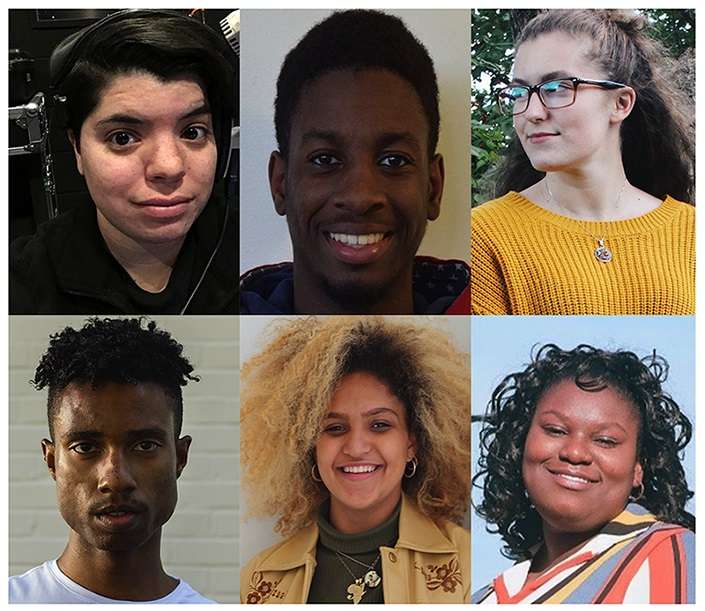 To encourage diversity in the live event design community, LDI, in partnership with TSDCA and USITT, has announced the first round of winners for the Pat MacKay Scholarships for undergraduate students.

The Pat MacKay Diversity In Design scholarships, funded by LDI and Live Design, have been introduced to support the underrepresented and unique voices in the field of entertainment design.

The scholarships are named for Pat MacKay, formerly publisher of Theatre Crafts and Lighting Dimensions magazines and founder of the LDI Trade Show and Conference. She is a USITT Fellow and has served as a mentor for multiple generations of industry professionals.

The 2019 scholarship winners are as follows:

Nina is a sound and lighting design student in the Theater Design/Technology program at SUNY Purchase. Nina is about to start her senior year, and looks forward to developing her career as a full-time professional. Her latest sound design credits include SUNY Purchase’s production of Mr. Burns: A Post-Electric Play and Exit Strategy. She is looking forward to working on the sound design for The Wolves at SUNY Purchase, as well as the lighting design for Marisol and A Bright Room Called Day. Currently, Nina is the A1 for #Dateme: An OkCupid Experiment, as well as working in production audio around NYC for the summer.

Mackenzie (Mack) is a rising junior at the University of Connecticut, studying a BFA degree in Design and Technical Theatre (sound design concentration). Mack was named 2018 New England Scholar by the university and opened her first repertory show as a sound designer, If We Were Birds by Erin Shields at Connecticut Repertory Theatre. Mack aspires to continue creating unique soundscapes for performances that inspire justice, and shed light on difficult narratives within society. Some of her other credits include The Trestle at Pope Lick Creek (Sound Designer, UConn Dramatic Arts Department Series), and Into the Woods(Sound Designer/A1, Chestnut Street Playhouse).

Joss is a video and media designer from Chicago, currently working toward their BFA at Carnegie Mellon University. They work primarily with appropriated cultural imagery and media design for theatrical productions and installations, exploring issues surrounding marginalization. They hope to pursue a career in concert media design and content. Most recently, they were the media designer for Chasing Elevation (2019), a show by the queer youth theatre ensemble, Dreams of Hope, and presented a Mainstage video, lighting, and sound collaboration project at the 2019 USITT Conference in Louisville, KY.

Tyler is a creative producer and designer specializing in concept development and set/media design for themed entertainment. He is a rising Junior attending Arizona State University pursuing a degree in Immersive Experience Design at the Herberger Institute for Design and the Arts. His goal is to bring the seemingly impossible to life through tangibility, interactivity, narrative and a little bit of magic. He is currently working on a brand new immersive theatrical experience through his themed entertainment production and design company TCH Experiences and ASU Gammage.

Amara is a lighting designer from Bristol, CT and is a rising Freshman at Fordham University, where she will be studying Theater Design and Production. From the American Theatre Wing, Amara received the 2018 Andrew Lloyd Webber Initiative Training Scholarship, which allowed her to attend the NYU Tisch Summer High School Production and Design Workshop, and the 2019 Andrew Lloyd Webber Initiative University Scholarship. Her show credits include Seussical (Hartford Stage Education), Stained Pages(Carriage House Theater), and Uprising (Herman Gillman Theater). Amara is a strong believer in the need for more women of color in all areas of theater technology.

Sydney is a rising Sophomore at The Pennsylvania State University, majoring in Theatre Design and Technology with an emphasis in Sound Design and minoring in Music Technology. As an artist, Sydney believes that art should be entertaining but should also be thought-provoking and convey a message. Sydney’s future career goal is to become a freelance sound designer. He desires to work in theatre, film, and game design as a sound designer/composer and technical sound for live performances. As Sydney continues in the profession, he hopes to spread a positive message with his work.

Each student will receive up to $5,000, spread over a maximum of eight semesters, or $1,250 per year, paid by semester directly to the school. In order for the students to get the next year’s payment, they must show progress toward their degree, show at least a 2.5 GPA, and provide a letter of support from their mentor with an update on how they are progressing as designers.

Jessi Cybulski, show manager for LDI, comments, “We are thrilled to be able to announce the first six winners of this new scholarship program. Every one of them shows a high degree of talent, motivation, and passion for creativity in the performing arts, and we believe they have what it takes to become future stars of our industry. We wish them every success as their education and their careers progress.”

All the winners have been invited to attend the 2019 LDI Trade Show and Conference in Las Vegas in November, where they will have the opportunity to meet with leading designers and other industry professionals, and to experience the many learning and development opportunities offered during the event.

Joe Kleimanhttp://wwww.themedreality.com
Raised in San Diego on theme parks, zoos, and IMAX films, InPark's Senior Correspondent Joe Kleiman would expand his childhood loves into two decades as a projectionist and theater director within the giant screen industry. In addition to his work in commercial and museum operations, Joe has volunteered his time to animal husbandry at leading facilities in California and Texas and has played a leading management role for a number of performing arts companies. Joe previously served as News Editor and has remained a contributing author to InPark Magazine since 2011. HIs writing has also appeared in Sound & Communications, LF Examiner, Jim Hill Media, The Planetarian, Behind the Thrills, and MiceChat His blog, ThemedReality.com takes an unconventional look at the attractions industry. Follow on twitter @ThemesRenewed Joe lives in Sacramento, California with his wife, dog, and a ghost.
Share
Facebook
Twitter
Linkedin
Email
Print
WhatsApp
Pinterest
ReddIt
Tumblr
Previous articleAutobahn Indoor Speedway implements Semnox Parafait venue management platform
Next articleWinchester Mystery House opens the door to new Fall offerings