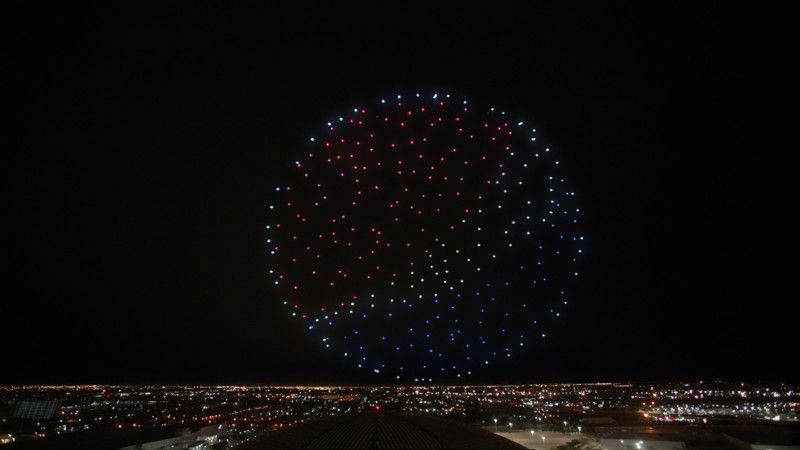 As Lady Gaga’s performance began, Intel Shooting Star drones created a backdrop of colorful formations in the sky including twinkling stars that transformed into red and blue moving stars, before creating the American Flag for a dramatic finale that brought Lady Gaga to center stage on the field. Additionally, the Intel Shooting Star drones finished out the halftime performance by forming the Pepsi logo in the sky.

“Lady Gaga and the Super Bowl creative team wanted to pull off something that had never been done before and we were able to combine Intel drone innovation with her artistry to pull off a truly unique experience,” said Josh Walden, senior vice president and general manager, New Technology Group, Intel. “The potential for these light show drones is endless and we hope this experience inspires other creatives, artists and innovators to really think about how they can incorporate drone technology in new ways that have yet to even be thought of.” 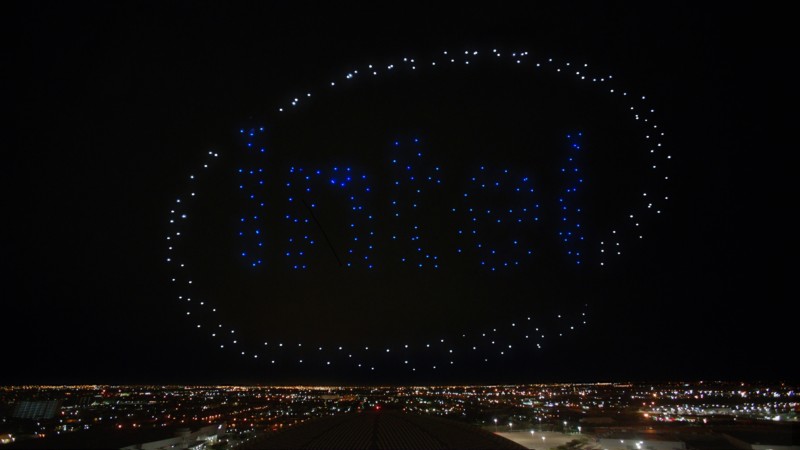 The Intel Shooting Star drones are a new type of unmanned aerial vehicle (UAV), specifically designed for entertainment purposes such as festivals and entertainment events. The purpose-built quadcopter drone is built with safety in mind and equipped with LED lights that can create over 4 billion color combinations and easily be programmed for any animation. For full details on Intel Shooting Star drones, visit the drone show fact sheet.

Joe Kleimanhttp://wwww.themedreality.com
Raised in San Diego on theme parks, zoos, and IMAX films, InPark's Senior Correspondent Joe Kleiman would expand his childhood loves into two decades as a projectionist and theater director within the giant screen industry. In addition to his work in commercial and museum operations, Joe has volunteered his time to animal husbandry at leading facilities in California and Texas and has played a leading management role for a number of performing arts companies. Joe previously served as News Editor and has remained a contributing author to InPark Magazine since 2011. HIs writing has also appeared in Sound & Communications, LF Examiner, Jim Hill Media, The Planetarian, Behind the Thrills, and MiceChat His blog, ThemedReality.com takes an unconventional look at the attractions industry. Follow on twitter @ThemesRenewed Joe lives in Sacramento, California with his wife, dog, and a ghost.
Share
Facebook
Twitter
Linkedin
Email
Print
WhatsApp
Pinterest
ReddIt
Tumblr
Previous article
AV Stumpfl’s Wings Helps Put the Spectacle in Ocean Park’s Cyber Illusion Spectacular
Next article
Conservationist Guy Harvey Opening 2017 Season at SeaWorld San Antonio