Interlink Takes Flume Riders on a Quest on the River Kwai 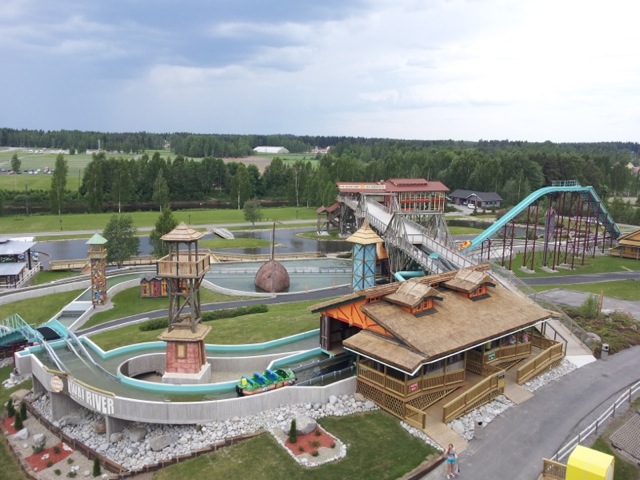 Stroud, UK (August 5, 2013) — Water ride specialist Interlink has completed the installation of a new Super Flume log flume ride at PowerPark in Finland for the 2013 season.

The new attraction opened at the park, situated in Härmä, in July and was designed and manufactured by Interlink to fit into a specific area of the venue. Named Kwai River, it takes its theming from the iconic World War Two film Bridge Over the River Kwai, starring Alec Guinness, with each of the boats/logs used on the ride being named after a character from the film.

The Super Flume features two lifts and two drops, one of 7m and another of 14m, and has an overall circuit length of 400m. It features a themed station building with a 12m long section for loading/unloading and utilizes a total of nine, six-seater boats, providing an hourly capacity of 600 passengers. 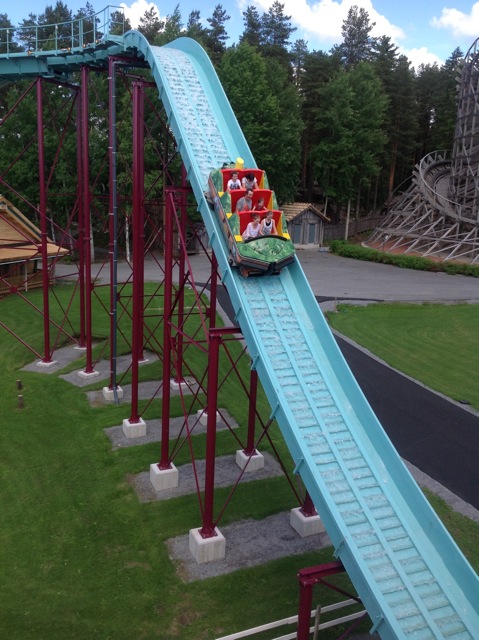 The ride is situated in a new area of the park and has been integrated into an existing bridge structure, hence the theming, something that provided an additional challenge to the Interlink design team. The soundtrack from the Bridge Over the River Kwai movie is used throughout the ride and not only is the bridge a major theming backdrop but it is also used to access a new Thai restaurant at the park. Views from the bridge give visitors a bird’s eye view of the new attraction and other areas of the park.

The Kwai River flume is proving a very popular addition to the rides on offer at PowerPark for which technical manager Petri Sariola commented: “We wanted to add a big new water ride to the park and having looked around at what was on offer from different suppliers we chose the Super Flume from Interlink. It has been very popular with our guests since opening and will no doubt help to increase our visitor numbers overall. Interlink have been very good with all aspects of the installation and overcame any initial teething problems that occurred. It is a really good addition to the park.” 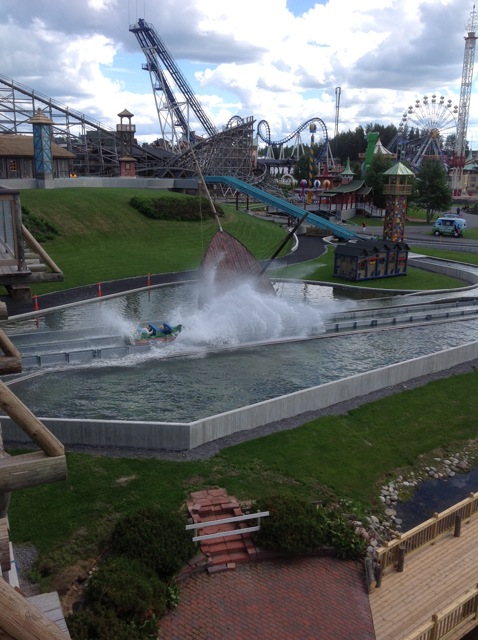 And Interlink Managing Director John Hudd commented: “This has been an enjoyable project to work on. It threw up some interesting design challenges which we successfully overcame and we are very happy with the end result. Clearly visitors to PowerPark are also very happy as it’s been popular with riders from the first day of opening and I’m sure it will continue to be so for many years to come.”

As well as various models and sizes of log flume, Interlink’s range of water rides includes the Rapid River, Water Battle, Shoot the Chute, Spin Boat and kiddy and junior flumes, all of which allow the company to cater to different customer requirements and a wide range of age groups. A recently introduced range of panoramic towers is also available from the company.

Joe Kleimanhttp://wwww.themedreality.com
Raised in San Diego on theme parks, zoos, and IMAX films, InPark's Senior Correspondent Joe Kleiman would expand his childhood loves into two decades as a projectionist and theater director within the giant screen industry. In addition to his work in commercial and museum operations, Joe has volunteered his time to animal husbandry at leading facilities in California and Texas and has played a leading management role for a number of performing arts companies. Joe previously served as News Editor and has remained a contributing author to InPark Magazine since 2011. HIs writing has also appeared in Sound & Communications, LF Examiner, Jim Hill Media, The Planetarian, Behind the Thrills, and MiceChat His blog, ThemedReality.com takes an unconventional look at the attractions industry. Follow on twitter @ThemesRenewed Joe lives in Sacramento, California with his wife, dog, and a ghost.
Share
Facebook
Twitter
Linkedin
Email
Print
WhatsApp
Pinterest
ReddIt
Tumblr
Previous article
International 3D Society Expands Name and Focus to Include Other Premium Visual Experiences
Next article
Rosalie Kessing and the art of business development