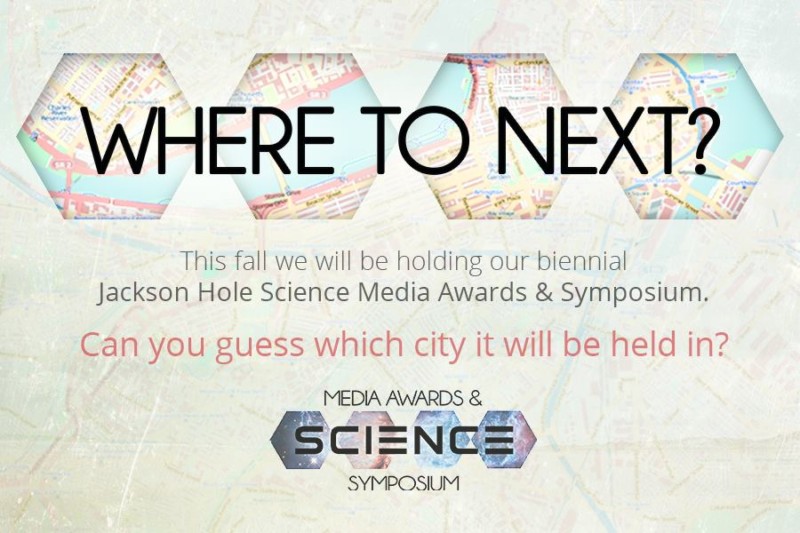 “The Science Media Awards are unique in the business. There are other festivals and gatherings that focus on science, but the Jackson Hole Wildlife Film Festival’s symposium goes a step further by bringing scientists, producers, filmmakers and thought leaders together to talk about the most important topics in science and the innovative trends driving discovery. WGBH is proud to partner with the Jackson Hole Wildlife Film Festival to facilitate this important conversation in Boston,” said Jonathan Abbott, WGBH’s president and CEO.

More than 300 filmmakers and science media stakeholders will convene over three days in September at networking and professional development events at a number of venues in Boston and Cambridge. Select film screenings, filmmaker discussions and high-profile keynotes from members of the scientific and film community will be open to the general public and sessions will be recorded for international distribution over the Web.

Joe Kleimanhttp://wwww.themedreality.com
Raised in San Diego on theme parks, zoos, and IMAX films, InPark's Senior Correspondent Joe Kleiman would expand his childhood loves into two decades as a projectionist and theater director within the giant screen industry. In addition to his work in commercial and museum operations, Joe has volunteered his time to animal husbandry at leading facilities in California and Texas and has played a leading management role for a number of performing arts companies. Joe previously served as News Editor and has remained a contributing author to InPark Magazine since 2011. HIs writing has also appeared in Sound & Communications, LF Examiner, Jim Hill Media, The Planetarian, Behind the Thrills, and MiceChat His blog, ThemedReality.com takes an unconventional look at the attractions industry. Follow on twitter @ThemesRenewed Joe lives in Sacramento, California with his wife, dog, and a ghost.
Share
Facebook
Twitter
Linkedin
Email
Print
WhatsApp
Pinterest
ReddIt
Tumblr
Previous article
Rick Rothschild on The Five Spot: IMERSA Edition
Next article
NASA’s Goddard Space Flight Center Earns First Place in NSF/Science Visualization Challenge for Work on Fulldome Production “Dynamic Earth”

JRA: “The One with the Pop-Up”

Celebrate the holidays with FRIENDS in Boston