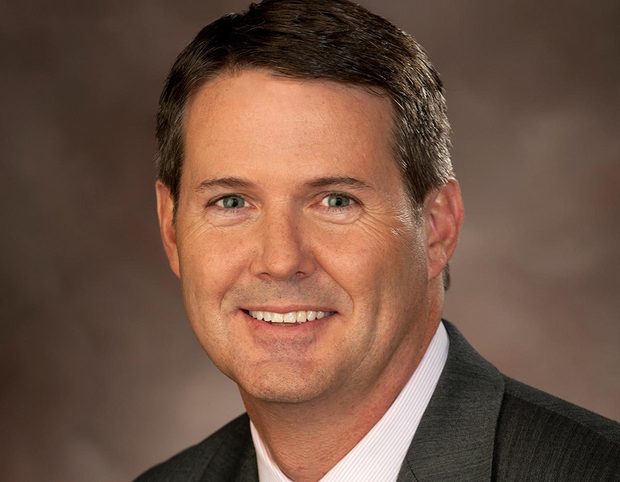 Hershey, PA, USA — The Board of Directors of Hershey Entertainment & Resorts Company (HE&R) has announced the promotion of John Lawn to the role of President of the Company. Lawn’s new role became effective September 30, 2016, and is in addition to his current role as Chief Operating Officer. This announcement is the culmination of the succession planning process that current Chief Executive Officer and past President, William F. Simpson, Jr., and the Board initiated when Simpson notified the Board last June of his intention to retire on January 5, 2018.

“Since joining our Company in 2004, John has a proven track record of developing high performing hospitality teams that continually provide world-class service while producing outstanding financial results. Regardless of whether a guest is at one of our lodging properties, restaurants, golf courses, or enjoying the Hersheypark Entertainment Complex – John’s focus on hospitality does not waiver,” said Simpson.

Lawn began his career with HE&R in 2004 as Food and Beverage Director at Hersheypark and became Assistant General Manager of Hersheypark in 2005. In 2010 Lawn was promoted to Associate Vice President of Operations, and then to the role of Vice President of Operations later that year. Lawn was elected Chief Operating Officer in 2015 and is responsible for management of all the Company’s operating divisions.

“It has been an incredible privilege for me to be part of this remarkable team and outstanding organization – and its core purpose to help children in need,” said Lawn. “I owe so much to the unbelievably dedicated people here at HE&R and the support of leaders like Bill Simpson and our Board of Directors. I look forward to doing everything within my ability to further enhance and develop our outstanding team and continue to provide unparalleled experiences for our guests.”

Prior to joining HE&R, Lawn spent more than a decade working in a number of management roles in the sports, entertainment and hospitality industries, including General Manager of Centerplate at FedExField in Landover, Maryland and Executive Director of Major Events for Ridgewells, in Bethesda, Maryland.

Joe Kleimanhttp://wwww.themedreality.com
Raised in San Diego on theme parks, zoos, and IMAX films, InPark's Senior Correspondent Joe Kleiman would expand his childhood loves into two decades as a projectionist and theater director within the giant screen industry. In addition to his work in commercial and museum operations, Joe has volunteered his time to animal husbandry at leading facilities in California and Texas and has played a leading management role for a number of performing arts companies. Joe previously served as News Editor and has remained a contributing author to InPark Magazine since 2011. HIs writing has also appeared in Sound & Communications, LF Examiner, Jim Hill Media, The Planetarian, Behind the Thrills, and MiceChat His blog, ThemedReality.com takes an unconventional look at the attractions industry. Follow on twitter @ThemesRenewed Joe lives in Sacramento, California with his wife, dog, and a ghost.
Share
Facebook
Twitter
Linkedin
Email
Print
WhatsApp
Pinterest
ReddIt
Tumblr
Previous article
Wanda Opens RMB24 Billion Cultural Tourism City in Hefei
Next article
Russia to Co-Organize Over 100 Events at Astana EXPO-2017