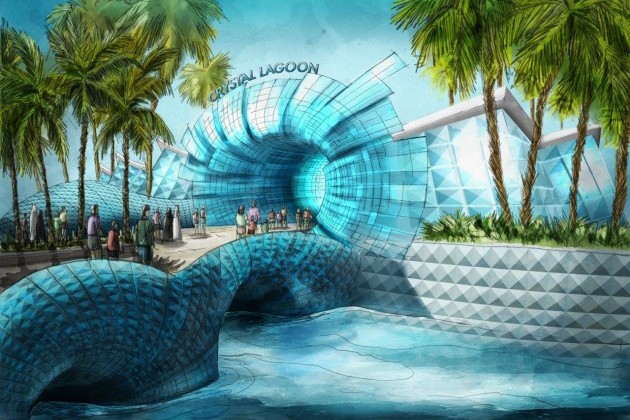 United Arab Emirates – Jack Rouse Associates is pleased to announce that is providing planning and preliminary concept design for Crystal Lagoon Water Theme Park, part of the Dh20-billion Sharjah Riverfront City. The park will have 40 water and dry rides, including a coaster that combines the action of a water ride with the interactivity of a video game, making it the first of its kind in the Middle East. Sharjah Riverfront City promises to be a blockbuster attraction – the largest commercial, residential and tourism development in Sharjah. Not only will the park and surrounding development provide entertainment for Emirati families and visitors, it will also infuse billions into the Sharjah economy.

El Masri commented on the launch of the project: “We have launched Sharjah Waterfront City keeping in line with Sharjah’s development plans to attract 10 million visitors to its emirate by 2021. These robust plans will increase demand for residential and commercial units as well as hotels, especially in prime locations that offer all modern facilities. We can proudly say Sharjah Waterfront City will be able to match the demands and provide the desired quality of living.

“The real estate market in this region has been stable and we are thrilled to have launched Sharjah Waterfront City at the right time in the right location.”

Sheikh Abdullah Shkara, Chaiman of Al Hanoo Real Estate Co. added: “We have invested a lot in this project and we are delighted to see Sharjah Oasis Real Estate Development doing a tremendous job in the construction of Sharjah Waterfront City. We believe this project will be the heartbeat of the city’s tourism 2021 vision.”

Dusit – Sharjah Waterfront City will be an entry level five Star Hotel with minimum of 200 Keys. There will also be a Serviced Residence component of a minimum of 200 Keys which includes facilities such as Male & Female Spas, Health & Fitness Centre, Pool, Meeting Facilities and Business Centre/Lounge.

Shaza – Sharjah Waterfront City Hotel will meet the standards of an international five-star luxury hotel. It will comprise of approximately 300 hotel keys and 350 serviced apartments. The Hotel element will also include the Shaza “Hammam & Spa” facility, a fitness facility, appropriate food and beverage outlets, banqueting and conference facilities, the Shaza Kids’ Club, a “Library Lounge” and other recreational facilities, retail space and adequate parking space. 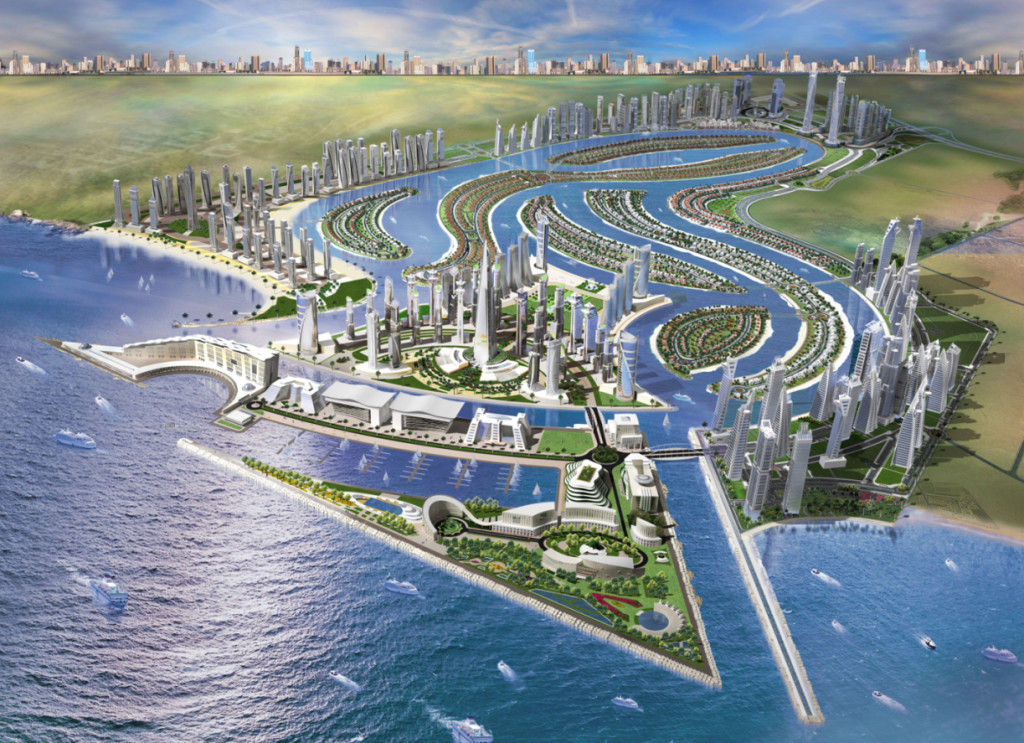 The real estate company also announced its partnership with Invest Bank on funding the project. A memorandum of understanding (MoU) between the two parties has been signed to fund the first phase of the project.

“After carefully assessing the project, we realized the potential and the impact it will have on the community in Sharjah. Currently we are funding the first phase of the project which is expected to be completed by 2016, also we are considering the possibility of financing the remaining phases; and to finance the Sharjah waterfront City end users subject to Bank’s terms and conditions.” said Sami Rashid Farahat GM of Invest Bank.

Sharjah Waterfront City is a newly anticipated real estate project that suits its own nature and landscape creating a luxurious and environmental friendly city, in a family oriented experience where residents will run-through the true meaning of a utopian lifestyle combined with the equality of opportunity and possibility.

Sharjah Waterfront City, spread across 36 km of coastline with a total area of 60 million Sq. ft. providing a fully advanced residential, commercial, and tourism development project in the region.

Al Hanoo Group, is a pioneering group with impeccable real estate development credentials. Established 38 years ago, in 1972, with its headquarters in KSA, Al Hanoo Group has become one of the leading real estate master-developers in the GCC region. The Group has already established its credentials in the region, when it launched the successful Al Hanoo Industrial City and Emirates Industrial City in Sharjah; this success has ensured the launch of the iconic Sharjah Waterfront City Project, to continue the series of successes.

Joe Kleimanhttp://wwww.themedreality.com
Raised in San Diego on theme parks, zoos, and IMAX films, InPark's Senior Correspondent Joe Kleiman would expand his childhood loves into two decades as a projectionist and theater director within the giant screen industry. In addition to his work in commercial and museum operations, Joe has volunteered his time to animal husbandry at leading facilities in California and Texas and has played a leading management role for a number of performing arts companies. Joe previously served as News Editor and has remained a contributing author to InPark Magazine since 2011. HIs writing has also appeared in Sound & Communications, LF Examiner, Jim Hill Media, The Planetarian, Behind the Thrills, and MiceChat His blog, ThemedReality.com takes an unconventional look at the attractions industry. Follow on twitter @ThemesRenewed Joe lives in Sacramento, California with his wife, dog, and a ghost.
Share
Facebook
Twitter
Linkedin
Email
Print
WhatsApp
Pinterest
ReddIt
Tumblr
Previous article
Monster Mini Golf Location in Connecticut Adds Laser Tag from Creative Works
Next article
Europa-Park Introduces Virtual Reality Ride on Classic Alpenexpress Coaster