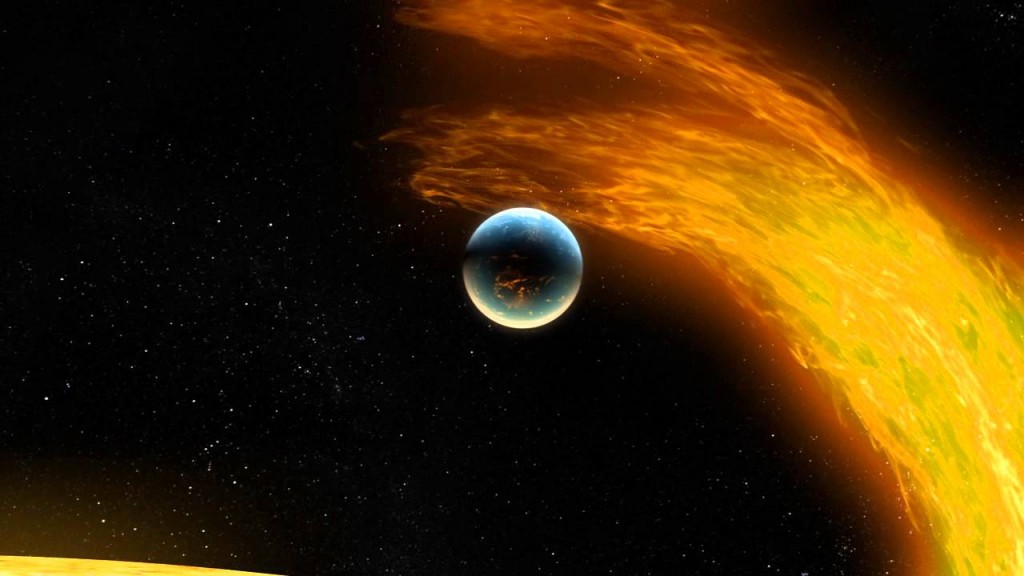 El Segundo, CA, USA — K2 Communications has announced the release of Space: Unraveling the Cosmos. Utilizing groundbreaking 3D and 4K computer graphics, Space will be released in 3D and 2D, 2K and 4K, as well as in “full dome” format for digital planetariums. The film will be available in a 42 and 22-minute versions.

Space:  Unraveling the Cosmos was produced by 3net Studios, the global advanced imaging production arm of 3net—a joint venture of Sony Entertainment, Discovery Communications and IMAX Corporation. It marks the first in a steady stream of 4K 3D film product the group plans to produce for this market. K2 Communications will be the exclusive non-commercial theatrical distributor ofSpace worldwide.

For thousands of years, humans have tried to understand the vastness of our universe.  We point our telescopes at it, send our spacecraft into the black void, and yet moving from wonder, to a greater understanding, has eluded us… until now.  Space:  Unraveling the Cosmos is an epic 3D journey of exploration, as we reach to the farthest points within our universe, and beyond, to develop a greater understanding of space that surrounds our planet. The film brings us closer than ever before to far-off planets, galaxies and into the limitless expanse that surrounds our own celestial home.  In our journey we learn just how big, really big is, and just how far, really far is.

Our trek into the vastness of our cosmos will provide audiences an unprecedented adventure filled with discovery, as we use the latest discoveries in space science to help us understand the very nature of our universe and beyond.

Space: Unraveling the Cosmos uses ultra-high definition 4K, hyper-realistic 3D computer graphics and a unique visual twist of time, size and distance to help viewers understand a universe of previously unimaginable scale—which until now, has exceeded our ability to grasp.

Space:  Unraveling the Cosmos will debut in theaters in later this fall.  A trailer can be viewed here: https://vimeo.com/75435365

Joe Kleimanhttp://wwww.themedreality.com
Raised in San Diego on theme parks, zoos, and IMAX films, InPark's Senior Correspondent Joe Kleiman would expand his childhood loves into two decades as a projectionist and theater director within the giant screen industry. In addition to his work in commercial and museum operations, Joe has volunteered his time to animal husbandry at leading facilities in California and Texas and has played a leading management role for a number of performing arts companies. Joe previously served as News Editor and has remained a contributing author to InPark Magazine since 2011. HIs writing has also appeared in Sound & Communications, LF Examiner, Jim Hill Media, The Planetarian, Behind the Thrills, and MiceChat His blog, ThemedReality.com takes an unconventional look at the attractions industry. Follow on twitter @ThemesRenewed Joe lives in Sacramento, California with his wife, dog, and a ghost.
Share
Facebook
Twitter
Linkedin
Email
Print
WhatsApp
Pinterest
ReddIt
Tumblr
Previous article
AAM Statement on US Government Shutdown
Next article
Host Cities Announced for 2014 IMERSA and GSCA Conferences