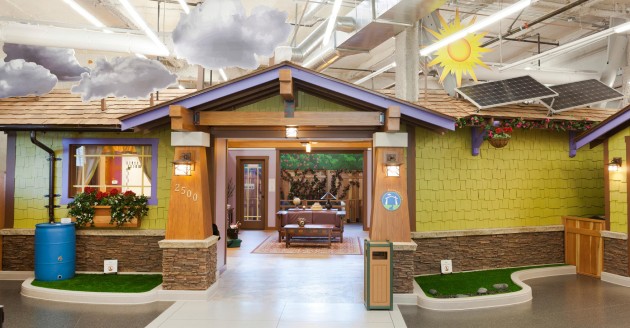 Los Angeles, CA, USA — In June of this year, Jonathan Katz became Chairman of Cinnabar to allow the company to transition to the next generation of Katz’s.  His nephew Kip Katz, who has been Cinnabar’s General Manager for over 15 years is taking on all operational, personnel and facility management responsibilities as the company’s new Chief Operating Officer.  His son Basil Katz, who has been working at Cinnabar for the past 3 years, is taking on the role of Chief Executive Officer.  He will lead the company’s efforts to remain at the forefront of our industry as Cinnabar continues to grow and evolve over the next generation.  Jonathan will remain directly involved in the company, but will devote more of his energy to my work on the board of the Western Museums Association and consulting directly with institutions about new business models for exhibitions.

Joe Kleimanhttp://wwww.themedreality.com
Raised in San Diego on theme parks, zoos, and IMAX films, InPark's Senior Correspondent Joe Kleiman would expand his childhood loves into two decades as a projectionist and theater director within the giant screen industry. In addition to his work in commercial and museum operations, Joe has volunteered his time to animal husbandry at leading facilities in California and Texas and has played a leading management role for a number of performing arts companies. Joe previously served as News Editor and has remained a contributing author to InPark Magazine since 2011. HIs writing has also appeared in Sound & Communications, LF Examiner, Jim Hill Media, The Planetarian, Behind the Thrills, and MiceChat His blog, ThemedReality.com takes an unconventional look at the attractions industry. Follow on twitter @ThemesRenewed Joe lives in Sacramento, California with his wife, dog, and a ghost.
Share
Facebook
Twitter
Linkedin
Email
Print
WhatsApp
Pinterest
ReddIt
Tumblr
Previous article
American Wave Machines Brings Indoor Surfing Competition to New England During November
Next article
SimEx-Iwerks Opens 4D Theater on Historic Queen Mary Ocean Liner