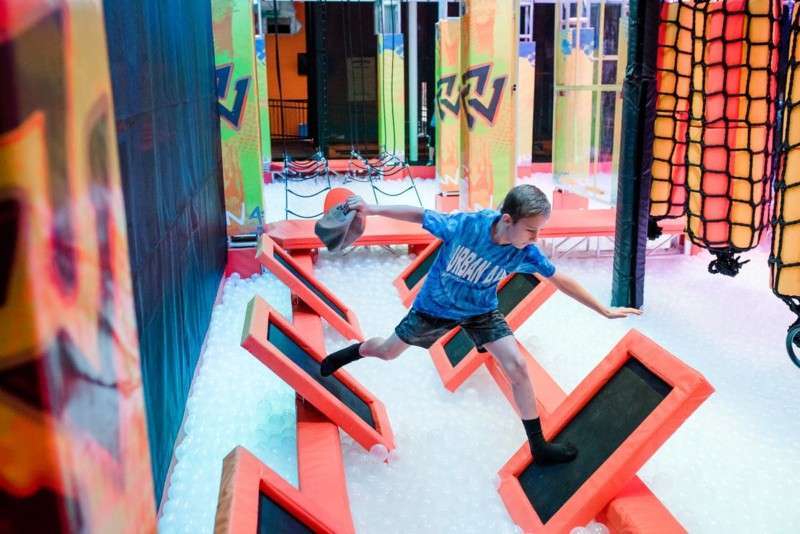 Urban Air Adventure Park has announced that it has hired Ken May to lead U.S. operations and strategic growth for the active entertainment brand called one of fastest growing franchises in the world by Entrepreneur Magazine. During May’s four year tenure he helped lead Topgolf through 24 venue openings and a quadrupling of the company’s workforce. May earned the #61 spot on the highest rated CEOs list on Glassdoor.com. Prior to Topgolf, he enjoyed a three-decade career that included high level roles as CEO of FedEx Kinko’s, President of Krispy Kreme and Chairman of the March of Dimes National Board of Trustees.

“We are beyond excited to tap into Ken’s vast knowledge of the entertainment industry allowing us to accelerate our progress with a focused strategy to grow our infrastructure,” stated CEO Michael Browning. “Under his leadership, Topgolf became a disrupter in our marketplace. Their model of bringing kids and adults together to create an experience that makes socializing a sport for everyone is a paradigm. Like Topgolf, Urban Air believes a great time starts with active play.”

Ken May brings his enthusiasm to the Urban Air headquarters in Dallas, Texas starting his position immediately. Currently, there are 209 parks open and under construction nationwide with an average of five new franchisees signing leases per month. At this rate, the company expects some estimated 23 million guests to visit the parks by the end of the year – a milestone that exceeds expectations.

“This company is growing exponentially. They are at an important inflection point in its growth. I hope to be able to bring the skills I learned at Topgolf, Krispy Kreme and FedEx to help enhance the innovation and operational excellence that will be needed for a company on the move like Urban Air Adventure Park,” stated Ken May.

Joe Kleimanhttp://wwww.themedreality.com
Raised in San Diego on theme parks, zoos, and IMAX films, InPark's Senior Correspondent Joe Kleiman would expand his childhood loves into two decades as a projectionist and theater director within the giant screen industry. In addition to his work in commercial and museum operations, Joe has volunteered his time to animal husbandry at leading facilities in California and Texas and has played a leading management role for a number of performing arts companies. Joe previously served as News Editor and has remained a contributing author to InPark Magazine since 2011. HIs writing has also appeared in Sound & Communications, LF Examiner, Jim Hill Media, The Planetarian, Behind the Thrills, and MiceChat His blog, ThemedReality.com takes an unconventional look at the attractions industry. Follow on twitter @ThemesRenewed Joe lives in Sacramento, California with his wife, dog, and a ghost.
Share
Facebook
Twitter
Linkedin
Email
Print
WhatsApp
Pinterest
ReddIt
Tumblr
Previous articlePolin reorganizes into four divisions
Next articleTrends in the 2017 TEA/AECOM Theme Index: Fully integrated resorts lead to strong growth