The board of directors of the International Association of Amusement Parks and Attractions (IAAPA) elected Ken Whiting, ICAE, second vice chairman during its meeting on Sept. 23 in Amsterdam, Netherlands. Whiting is president of Whiting’s Foods and will serve as IAAPA’s second vice chair in 2019. He will be first vice chair in 2020 and lead the global attractions industry trade association as its chairman of the board in 2021. 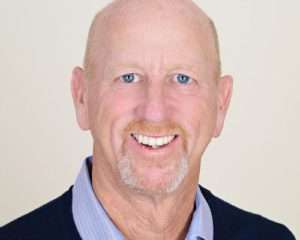 “As a trusted and respected leader in the food and beverage industry, Ken brings a wealth of experience to the role. His contribution to the development of food and beverage is universally recognized and there is no doubt about his passion for the attractions business,” said Gerardo Arteaga, ICAE, chairman of the IAAPA Governance Committee and executive director of Fantasilandia. “Ken always demonstrates the highest levels of service and unwavering dedication to both IAAPA and the industry at large. We are confident his skill set and leadership will positively shape the future of the global attractions industry.”

Whiting’s family’s company, Whiting’s Foods, has provided food services to the Santa Cruz Beach Boardwalk in Santa Cruz, California, U.S., for more than 60 years, and the company has been an active member of IAAPA for more than 50 years. Whiting has spent his entire career in the attractions industry with his involvement with IAAPA spanning more than four decades. In 2017, Whiting was elected to the IAAPA board of directors.

Throughout his career, Whiting has traveled to IAAPA-member facilities across the U.S., sharing his food and beverage expertise and extensive knowledge with members. As a frequent volunteer, he has spent countless hours conducting and moderating seminars, workshops, and presentations at regional and international IAAPA trade shows and events.

Whiting has served on five IAAPA Committees including human resources, education, food and beverage, North American regional advisory, and investment committees. He chaired the Food and Beverage Committee for three years and pioneered the IAAPA Food and Beverage consulting program at IAAPA Attractions Expo. His efforts were also instrumental in establishing the IAAPA Brass Ring Award for Excellence in Food and Beverage.

In 2016, Whiting earned the IAAPA Certified Attractions Executive designation (ICAE). In 2017, he received the IAAPA Outstanding Service Award, which is presented in recognition of a member individual who works to foster the spirit of goodwill, professionalism, and higher levels of performance within the industry regionally, nationally, or internationally. He currently serves as the head of faculty for the IAAPA Institute for Attractions Managers.

“I’m humbled, honored, and excited to serve the global attractions industry as IAAPA’s second vice chair. It’s an exciting time to be part of this amazing and vibrant industry as we continue to see tremendous growth across a wide range of constituencies in regions throughout the world,” said Whiting. “Along with the IAAPA Board of Directors, IAAPA leadership and dedicated volunteers, I look forward to contributing to the industry’s continued success.”

Joe Kleimanhttp://wwww.themedreality.com
Raised in San Diego on theme parks, zoos, and IMAX films, InPark's Senior Correspondent Joe Kleiman would expand his childhood loves into two decades as a projectionist and theater director within the giant screen industry. In addition to his work in commercial and museum operations, Joe has volunteered his time to animal husbandry at leading facilities in California and Texas and has played a leading management role for a number of performing arts companies. Joe previously served as News Editor and has remained a contributing author to InPark Magazine since 2011. HIs writing has also appeared in Sound & Communications, LF Examiner, Jim Hill Media, The Planetarian, Behind the Thrills, and MiceChat His blog, ThemedReality.com takes an unconventional look at the attractions industry. Follow on twitter @ThemesRenewed Joe lives in Sacramento, California with his wife, dog, and a ghost.
Share
Facebook
Twitter
Linkedin
Email
Print
WhatsApp
Pinterest
ReddIt
Tumblr
Previous article
Former San Antonio Zoo director Steve McCusker receives Marlin Perkins Award from AZA
Next article
IAAPA announces winners of inaugural Euro Attractions Show Best of Exhibit Awards