Thomas the Tank Engine Gets New Land at Kennywood 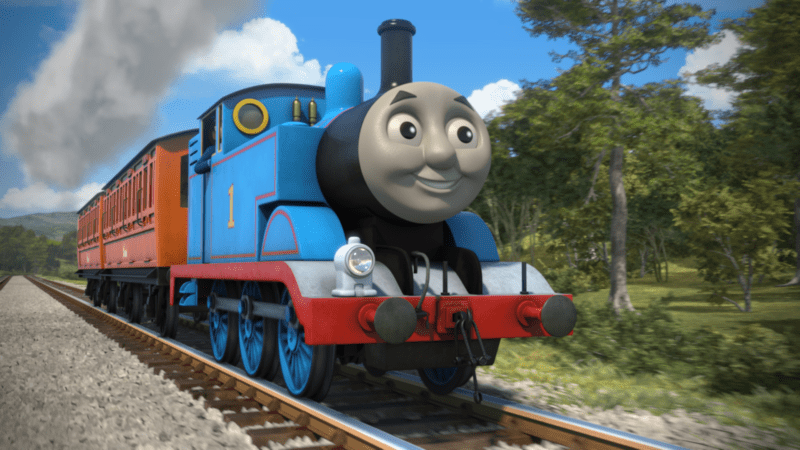 Thomas the Tank Engine™, along with his friends and favorite destinations from the Island of Sodor, will come to life this year with the opening of Thomas Town™ within Kennywood Park. Thomas Town will feature five rides, including a train ride with Thomas, a stage show along with themed play and entertainment areas, merchandise opportunities and more within a section of Kennywood. It will be the second-largest permanent Thomas & Friends™ attraction in North America.

“We’re so excited to welcome Thomas & Friends to Kennywood,” says Kennywood General Manager Jerome Gibas. “Thomas Town presents a huge addition that expands our family offerings while introducing the park to Thomas & Friends fans from around the globe. We couldn’t ask for a better gift for Kennywood and our guests to help celebrate our 120th anniversary season in 2018.”

Set on a bluff overlooking the Monongahela River and the historic Edgar Thomson Steel Works in nearby Braddock, the site of Thomas Town fits in perfectly with the Island of Sodor. It will be one of the largest single-year additions in Kennywood’s 120-year history, adding four new family rides, plus retheming The Olde Kennywood Rail Road into a Thomas & Friends story. The area will also include a retail center, soft-play area, Birthday Center, and the entertainment show featuring Thomas’ friends Percy, James, Emily and Gordon. All the attractions will be placed in and around the existing footprint of the park’s train ride, which has operated at Kennywood with various themes since 1945.

All of the rides and attractions will feature beloved characters such as Thomas, Diesel, Salty, Iron Bert, Rusty, Cranky the Crane, Harold the Helicopter and more favorites. Guests can visit familiar destinations around the Island of Sodor like Tidmouth Sheds and Knapford Station. Sir Topham Hatt, Controller of the Railway on the Island of Sodor, will be on site to greet and take photos with guests. More details will be revealed in the coming months leading up to the area’s grand opening.

Joe Kleimanhttp://wwww.themedreality.com
Raised in San Diego on theme parks, zoos, and IMAX films, InPark's Senior Correspondent Joe Kleiman would expand his childhood loves into two decades as a projectionist and theater director within the giant screen industry. In addition to his work in commercial and museum operations, Joe has volunteered his time to animal husbandry at leading facilities in California and Texas and has played a leading management role for a number of performing arts companies. Joe previously served as News Editor and has remained a contributing author to InPark Magazine since 2011. HIs writing has also appeared in Sound & Communications, LF Examiner, Jim Hill Media, The Planetarian, Behind the Thrills, and MiceChat His blog, ThemedReality.com takes an unconventional look at the attractions industry. Follow on twitter @ThemesRenewed Joe lives in Sacramento, California with his wife, dog, and a ghost.
Share
Facebook
Twitter
Linkedin
Email
Print
WhatsApp
Pinterest
ReddIt
Tumblr
Previous article
Record 1218 Intel Shooting Star Drones Take Olympic Ceremonies to Skies Over PyeongChang
Next article
Mob Museum Debuts Phase One of Major Renovation