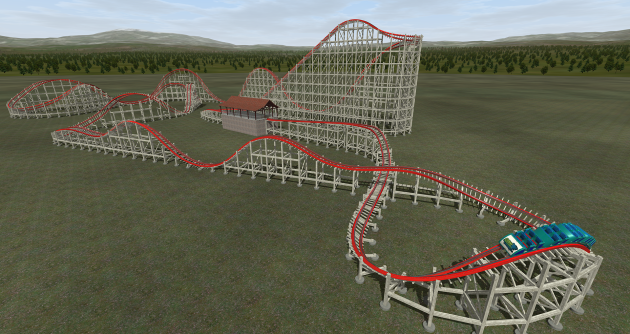 [quote]We are thrilled to have been selected for this project and to help introduce our special brand of coaster design to Kentucky. Storm Chaser will be one of the most exciting coasters we’ve ever built!” – Fred Grubb, co-founder and “chief innovator” of RMC[/quote] 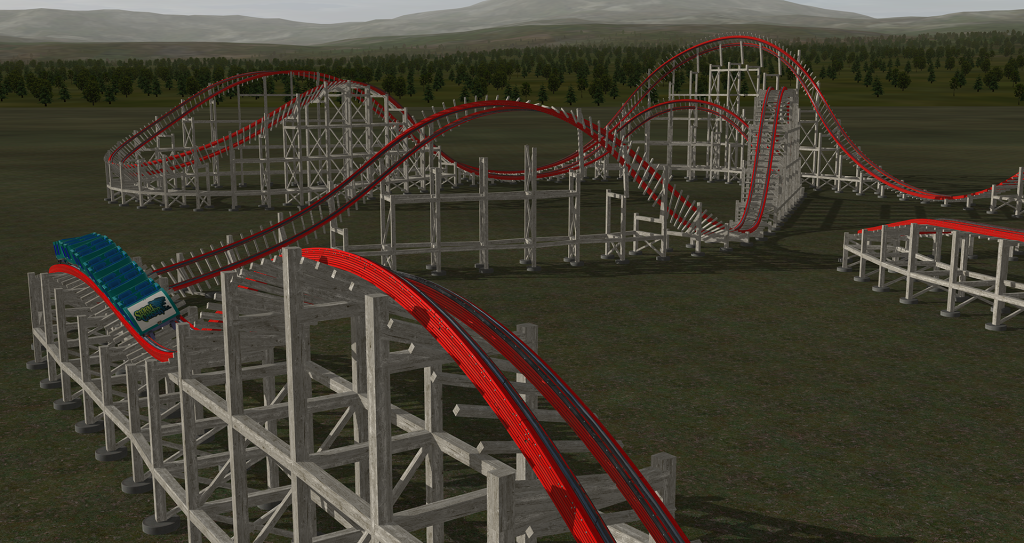 We’re excited to announce the addition of our fifth and newest coaster, Storm Chaser. This will be the second new coaster to be constructed at the park in a period of only two years. 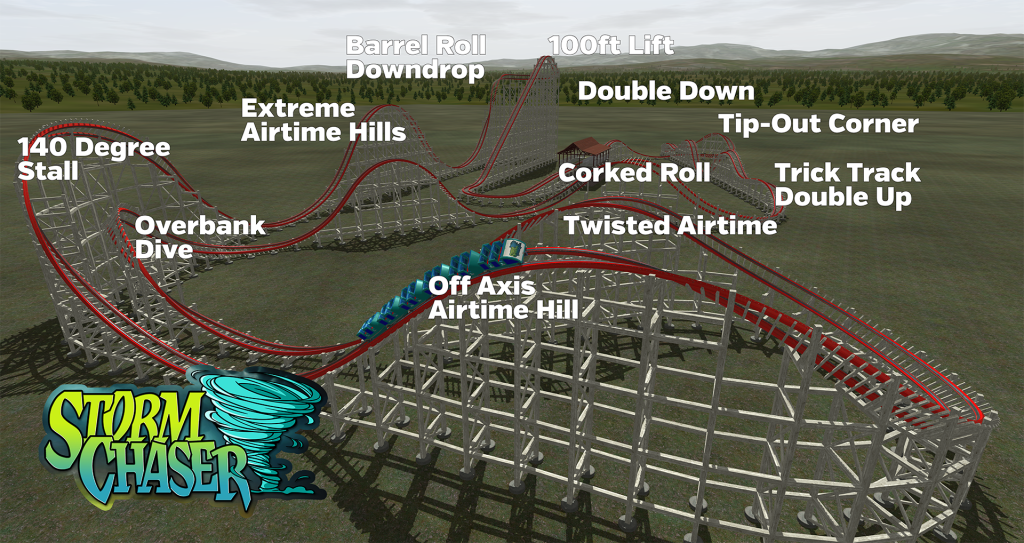 So that we can bring you a truly unique coaster, we have commissioned Rocky Mountain Construction (RMC) to design and build it. Based in Idaho, RMC is on the cutting edge of coaster design and engineering and very well respected in the industry. 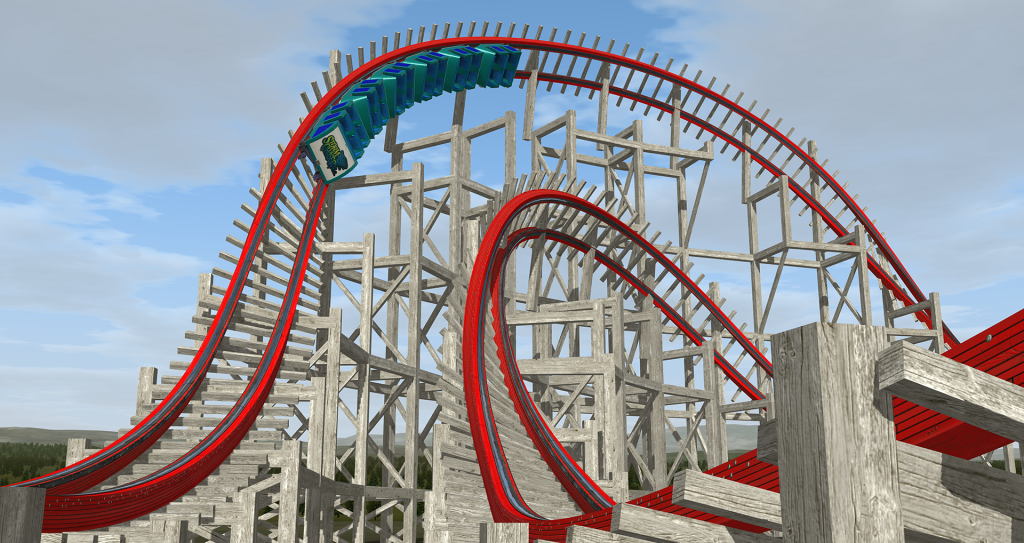 Storm Chaser will be built with RMCs’ patented iBox track, which is featured on only five other coasters in the world. In the case of Storm Chaser, the iBox track will rest on wood, creating the “feel” of a wooden coaster, but will be supported by a steel superstructure. The result is a ride that’s smooth as glass, fast, and intense. Because it will have the iBox track, Storm Chaser will also feature many thrilling elements that can’t be incorporated into traditional wooden coasters. 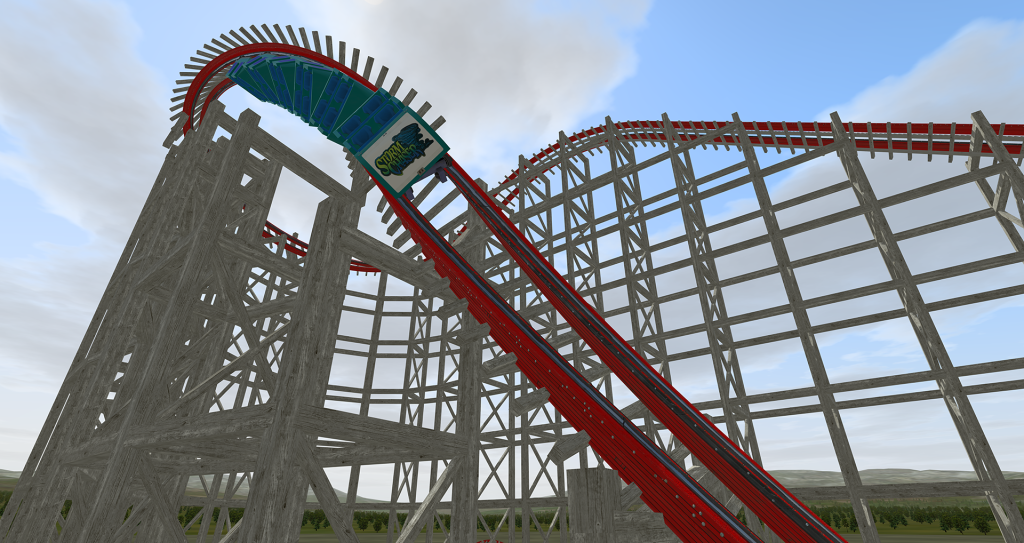 One hundred feet tall at his highest point, Storm Chaser will be the first coaster in America to feature a barrel roll drop from a 10-story lift hill – and don’t get us started on the 78-degree angle of that drop… that’s nearly perpendicular! And that’s just the beginning. Riders will then be treated to a stall dive, tip-out corner, airtime hills, a twisted airtime drop, a corkscrew… it’s truly a new breed of coaster that’s nothing like a traditional “woodie.” 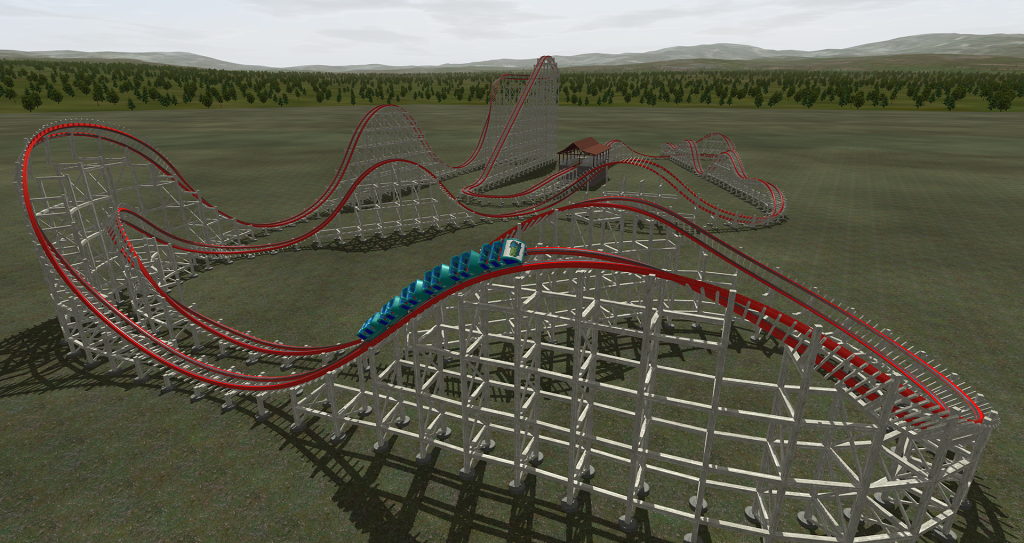 We’ve already started building the new coaster at the site of the former Twisted Twins and it will be ready for its first riders when we open in the spring of 2016. 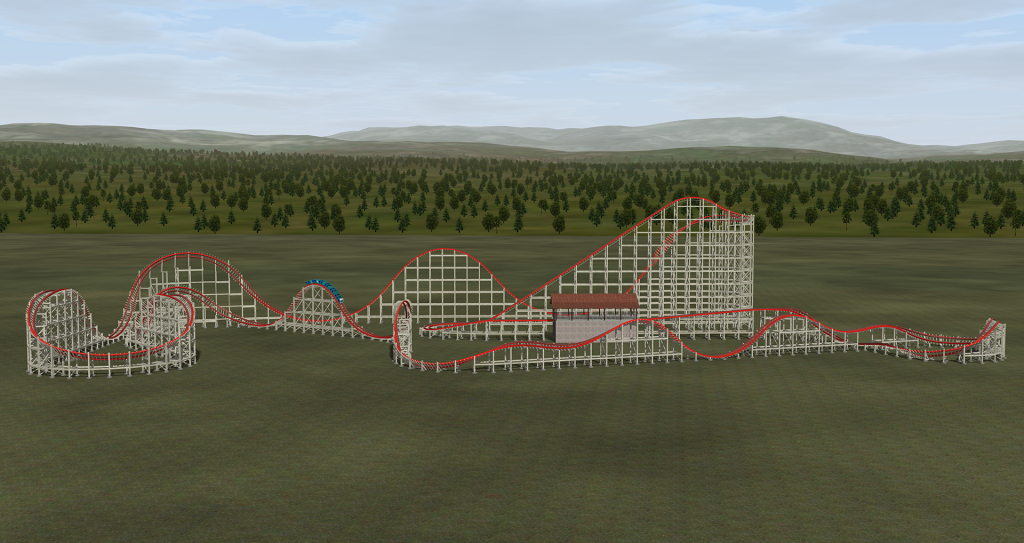 [quote]Since we’re all about creating exceptional thrills at Kentucky Kingdom, Storm Chaser fits the bill. Storm Chaser would normally cost as much as $15 million all-in but we’re saving money by using some of the existing superstructure from Twisted Twins. However, because of the new configuration, taller lift hill, and many other innovative features, we are essentially redesigning and building a new coaster. When’s the last time you dropped ten stories while doing a barrel roll?” – Ed Hart, President and CEO of Kentucky Kingdom[/quote]

Joe Kleimanhttp://wwww.themedreality.com
Raised in San Diego on theme parks, zoos, and IMAX films, InPark's Senior Correspondent Joe Kleiman would expand his childhood loves into two decades as a projectionist and theater director within the giant screen industry. In addition to his work in commercial and museum operations, Joe has volunteered his time to animal husbandry at leading facilities in California and Texas and has played a leading management role for a number of performing arts companies. Joe previously served as News Editor and has remained a contributing author to InPark Magazine since 2011. HIs writing has also appeared in Sound & Communications, LF Examiner, Jim Hill Media, The Planetarian, Behind the Thrills, and MiceChat His blog, ThemedReality.com takes an unconventional look at the attractions industry. Follow on twitter @ThemesRenewed Joe lives in Sacramento, California with his wife, dog, and a ghost.
Share
Facebook
Twitter
Linkedin
Email
Print
WhatsApp
Pinterest
ReddIt
Tumblr
Previous articlePHOTOS: New “Seabirds World” at Chimelong Ocean Kingdom
Next articleSimworx Acquires RoboCoaster