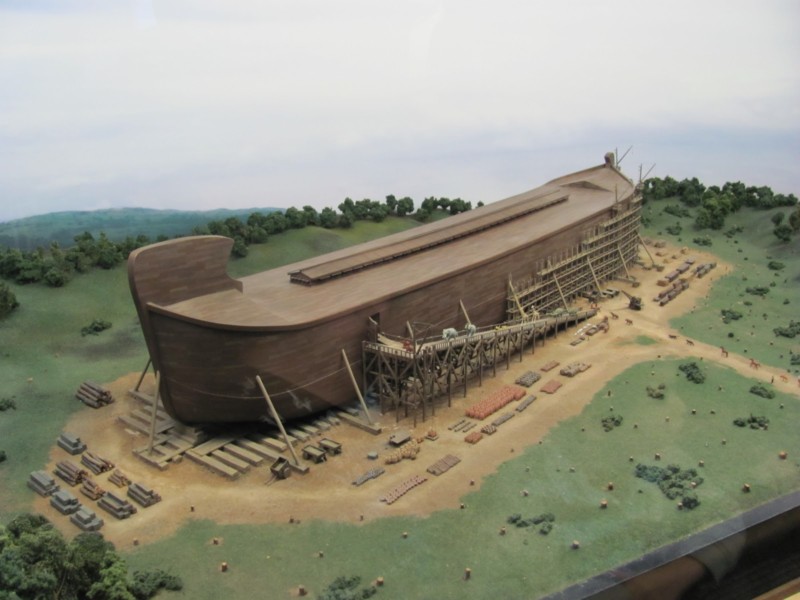 [quote]With the funding in place to build the Ark, it is now our goal to raise an additional $15 million in donations to provide additional attractions like the special high-tech and interactive exhibits that guests have come to appreciate at our museum. — Ken Haim[/quote]

Petersburg, KY, USA — Ken Haim, president/CEO of Answers in Genesis (AiG), has announced that enough money had been raised for the Ark Encounter bond offering to allow the release of the funds to start construction of the Ark project in Williamstown, Kentucky.

Under Ham’s direction, a full-scale 510-foot-long Noah’s Ark will be built as the featured attraction at the Ark Encounter. Research indicates that the Ark, located south of Cincinnati in Grant County, Kentucky will draw up to 2 million people in its first year. The Ark Encounter will be built on 800 acres off I-75 and in phases over many years. The Ark and other supporting elements will open during phase one. The first phase will cost an estimated $73 million. Several million dollars in donations and Ark boarding passes (memberships) had been raised prior to the bond offering, and most of that amount has already been used to pay for the Ark’s land, secure permits and licenses, clear the property, draw architectural plans, and design the exhibits.

Meanwhile, with the Creation Museum in Petersburg, Ky. successfully drawing two million guests in six years, AiG is master-planning its expansion (40 miles from the Ark site) to handle an anticipated 50% attendance increase when the Ark opens.

“Even in a difficult economy, tens of thousands of supporters have made donations, purchased bonds, or bought Ark boarding passes in the past three years,” Ham observed. “With the funding in place to build the Ark, it is now our goal to raise an additional $15 million in donations to provide additional attractions like the special high-tech and interactive exhibits that guests have come to appreciate at our museum.”

With the completion of the bond offering, the next milestone is groundbreaking, for which a tentative date will be announced in a few weeks.

Answers in Genesis is a biblical apologetics ministry. This month, more than two million people visited its website. AiG conducts about 300 teaching meetings each year, publishes the award-winning family magazine “Answers,” and produces the “Answers” radio program heard on more than 700 stations in the U.S. www.ArkEncounter.com.

Joe Kleimanhttp://wwww.themedreality.com
Raised in San Diego on theme parks, zoos, and IMAX films, InPark's Senior Correspondent Joe Kleiman would expand his childhood loves into two decades as a projectionist and theater director within the giant screen industry. In addition to his work in commercial and museum operations, Joe has volunteered his time to animal husbandry at leading facilities in California and Texas and has played a leading management role for a number of performing arts companies. Joe previously served as News Editor and has remained a contributing author to InPark Magazine since 2011. HIs writing has also appeared in Sound & Communications, LF Examiner, Jim Hill Media, The Planetarian, Behind the Thrills, and MiceChat His blog, ThemedReality.com takes an unconventional look at the attractions industry. Follow on twitter @ThemesRenewed Joe lives in Sacramento, California with his wife, dog, and a ghost.
Share
Facebook
Twitter
Linkedin
Email
Print
WhatsApp
Pinterest
ReddIt
Tumblr
Previous article
Warm Weather Helps Keep Kentucky Kingdom Construction On Schedule For May Opening
Next article
VIDEO: Schlitterbahn Kansas City to Open World’s Tallest and Fastest Waterslide