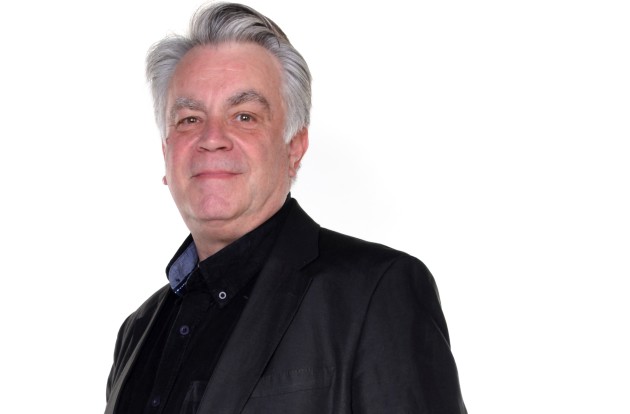 Vienna, Austria (June 15, 2015) – Kevin Murphy has joined the Attraktion! group of companies as VP of Sales. Previously, with Event Communications in London in the role of Development Director since 2008, and prior to that was with Electrosonic for 20 years, where he held various Board level roles, started the Leisure and Entertainment team and formed Electrosonic LLC in Dubai. He is well established in the international leisure and entertainment sectors, specializing in technology design as well as business development and sales of technology systems and creative services to attractions and museums.

“We’re very pleased to have Kevin Murphy become part of Attraktion! and to return him to the epicenter of the themed entertainment industry after several years,” said Markus Beyr, CEO. “It was time to bring on a new, senior sales executive to ensure the very best representation and customer relationships as our group of companies continues to expand. Kevin will be with the Attraktion! team in booth #1714 at the IAAPA Asian Attractions Expo in Hong Kong this month, where Attraktion! will have one of its largest appearances since the company was formed. We had a very successful Expo last year with IAAPA in Beijing.”

READ ABOUT “THE IMMERSIVE INGENUITY OF ATTRAKTION!” IN INPARK MAGAZINE ISSUE 55

“Joining Attraktion! allows me to pull on my many years of experience to help build a rapidly growing group of companies, and work with my long-time colleague and friend Markus Beyr,” said Murphy. “The new role requires a fairly unique mix of commercial and practical skills across multiple disciplines and multiple sectors from themed attractions to cultural destinations, suiting my own diverse background. The timing is right. I was looking for a challenge to work with a fresh team, to deliver projects and products that are innovatively designed, robust and exceed expectations. I also look forward to collaborating with many industry friends and colleagues around the world.”

Kevin Murphy has worked on over 500 projects throughout his career, whether in collaboration with Event or other major design companies. His role has been either commercial, technical or with executive responsibility for projects and clients including Titanic Belfast, Siemens Crystal, Dubai Museum, Science Museum, Natural History Museum, Imperial War Museum Lambeth and North, London Transport Museum, Millennium Dome, The Deep, Hull, Magna, Rotherham, Space Park, Bremen, Futuroscope, Nokia Flagship Stores, Nike Towns, National Museum of Natural Sciences Taichung and many World Expo pavilions from 1992 to 2015.

A founding member of TiLE, Kevin chaired the highly successful Millennium 2000 conference in London, and worked on the Committee for over 20 years. He served as the European and Middle East President of the Themed Entertainment Association for 5 years and sat on the UKTi British Experience Economy working group for 3 years.

Joe Kleimanhttp://wwww.themedreality.com
Raised in San Diego on theme parks, zoos, and IMAX films, Joe Kleiman would expand his childhood loves into two decades as a projectionist and theater director within the giant screen industry. In addition to his work in commercial and museum operations, Joe has volunteered his time to animal husbandry at leading facilities in California and Texas and has played a leading management role for a number of performing arts companies. Joe has been News Editor and contributing author to InPark Magazine since 2011. HIs writing has also appeared in Sound & Communications, LF Examiner, Jim Hill Media, and MiceChat. His blog, ThemedReality.com takes an unconventional look at the attractions industry. Follow on twitter @ThemesRenewed Joe lives in Sacramento, California with his fiancé, two dogs, and a ghost.
Share
Facebook
Twitter
Linkedin
Email
Print
WhatsApp
Pinterest
ReddIt
Tumblr
Previous articleBRC Imagination Arts Brings the Soul of Nashville to Historic Ryman Auditorium
Next article2015 Asian Attractions Expo in Hong Kong Set to Break Records