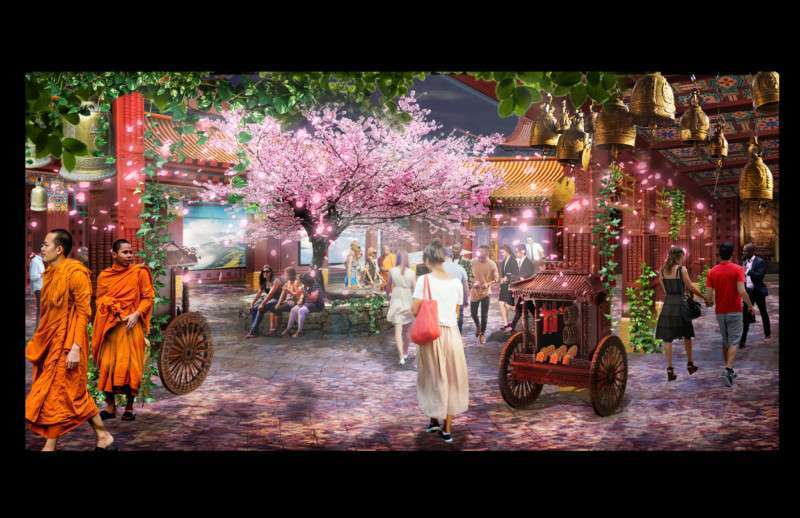 A new kind of entertainment venture was announced on March 14 – Kind Heaven, opening at The LINQ Promenade in Las Vegas in 2019. Kind Heaven is the result of a partnership between Perry Farrell, whose Lollapalooza franchise has revolutionized the modern music festival, Immersive Artistry, whose award-winning co-founders have been responsible for major Hollywood fantasy film franchises, and Caesars Entertainment, the world’s most diversified casino-entertainment provider.

“Lollapalooza forever changed the way fans experience live entertainment and Kind Heaven will take that to the next level, mesmerizing the audience through sights, sounds and deliciously exotic smells,” said Farrell. “Nothing like this has ever been attempted before. It’s going to be incredible.” 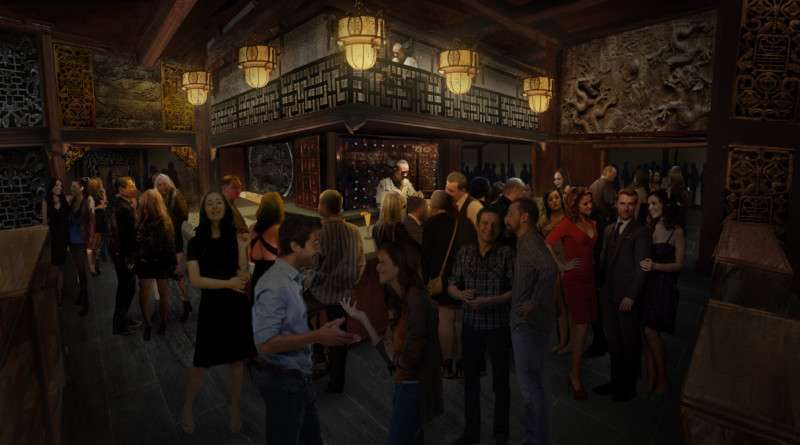 Combining leading edge technology and Hollywood style storytelling, Kind Heaven will take visitors on a sensual exotic journey that offers the best of Southeast Asian culture, music, food, danger, fashion, exoticism, exploration, mystery and spiritual enlightenment. Featuring a soundscape curated by Farrell, Kind Heaven will provide a wide variety of experiences, from dark and mysterious back alleys to a Forest Temple and beautiful Sanctuary. Every area will feature different food, drink, and entertainment experiences and everything will be available for purchase.

Kind Heaven brings together a team that includes a track record for creating new business models in 3D cinema; global film production and education; pioneering visual effects concepts that have been adopted as the industry gold standard; and completely revolutionizing the live music festival experience. Immersive Artistry CEO Cary Granat was founder and former CEO of Walden Media (The Chronicles of Narnia film series) and former President and COO Miramax/Dimension Films (Scream series, Scary Movie and Spy Kids franchises, From Dusk Till Dawn); President Ed Jones is an Academy® Award-winning visual effects pioneer (Star Wars:The Empire Strikes Back and Return of the Jedi, Indiana Jones, E.T., Who Framed Roger Rabbit?); and Perry Farrell who not only created and launched the iconic international music festival known as Lollapalooza, but is also the frontman for the multi-platinum alternative rock band Jane’s Addiction. 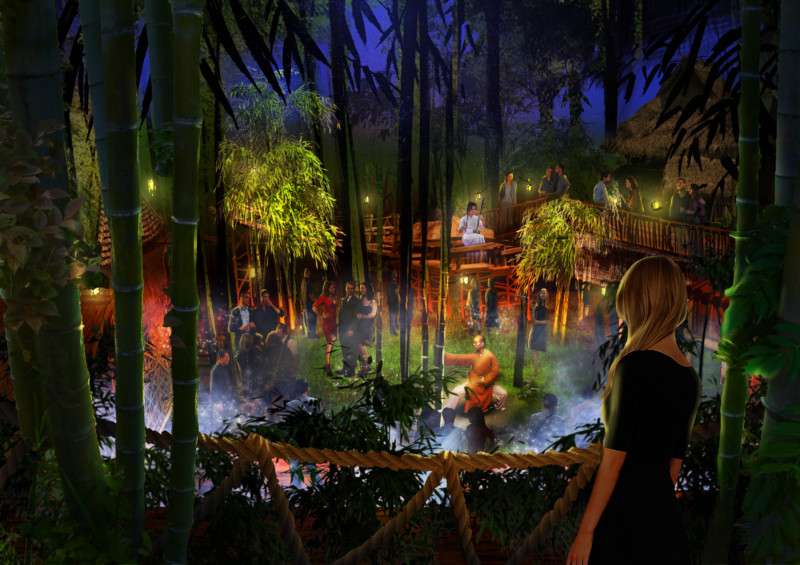 “Kind Heaven represents Immersive Artistry’s unique approach to entertainment, which blends storytelling with mythology and technology for a 360-degree communal experience that thrusts the audience directly into the action,” said Granat, CEO Immersive Artistry. “Perry Farrell and Caesars Entertainment understand the raw power of combining mythology, destination, entertainment, theme and retail, which is why they are such perfect partners.”

“We’re enveloping audiences in multi-sensory experiences and transporting them to places they have never been before,” added Jones, President Immersive Artistry. “It is a new transitory experience and art form, not to mention a quantum leap forward from the traditional theme park experience.”

Located in The LINQ Promenade, a dynamic open-air shopping, dining and entertainment district anchored by the world’s tallest observation wheel, the High Roller, Kind Heaven will be family friendly by day and adult at night, offering a 360-degree sensory kaleidoscope. No two visits will be the same. Kind Heaven is scheduled to open to the public in 2019. 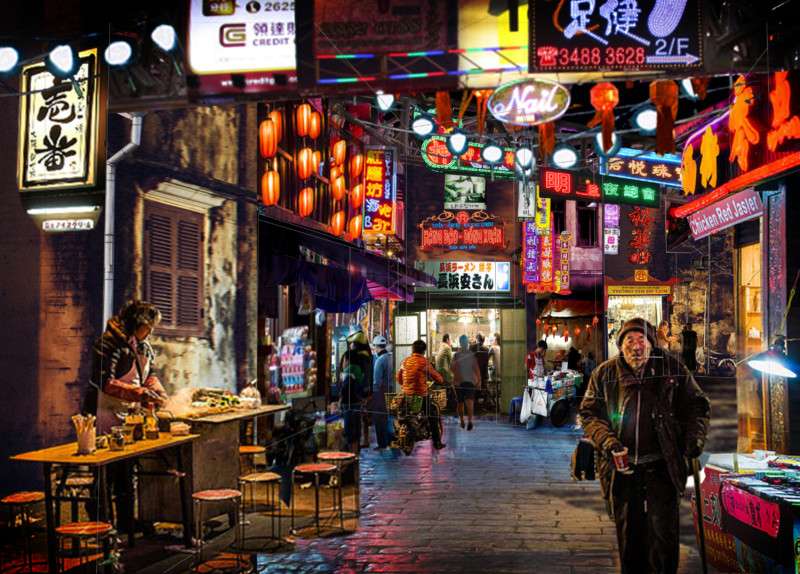 “Caesars Entertainment is delighted to partner with Perry Farrell and Immersive Artistry on this groundbreaking, multifaceted new venture in the center of the Strip,” said Jason Gastwirth, president of entertainment for Caesars Entertainment. “Introducing Kind Heaven into our line-up of world-class programming further solidifies our reputation as a premier destination for entertainment.”

Kind Heaven will leverage state-of-the-art RF technology and advanced wearable tech to not only create a personalized experience for each visitor, but also a cash free environment enabling frictionless food, beverage and retail sales. It will also be a portal for premium Asian brands that are not currently available in the U.S.

Bob Morse, president of hospitality for Caesars Entertainment said, “Kind Heaven has the potential to become a must-visit Las Vegas destination that will appeal to our global travelers and transform the streetscape at The LINQ Promenade. Cary, Ed and Perry’s vision for the future of entertainment was the inspiration behind this partnership.”

Joe Kleimanhttp://wwww.themedreality.com
Raised in San Diego on theme parks, zoos, and IMAX films, InPark's Senior Correspondent Joe Kleiman would expand his childhood loves into two decades as a projectionist and theater director within the giant screen industry. In addition to his work in commercial and museum operations, Joe has volunteered his time to animal husbandry at leading facilities in California and Texas and has played a leading management role for a number of performing arts companies. Joe previously served as News Editor and has remained a contributing author to InPark Magazine since 2011. HIs writing has also appeared in Sound & Communications, LF Examiner, Jim Hill Media, The Planetarian, Behind the Thrills, and MiceChat His blog, ThemedReality.com takes an unconventional look at the attractions industry. Follow on twitter @ThemesRenewed Joe lives in Sacramento, California with his wife, dog, and a ghost.
Share
Facebook
Twitter
Linkedin
Email
Print
WhatsApp
Pinterest
ReddIt
Tumblr
Previous articleMad Systems Celebrates 20 Years
Next articleTake a Spin on Time Traveler – Now Open at Silver Dollar City