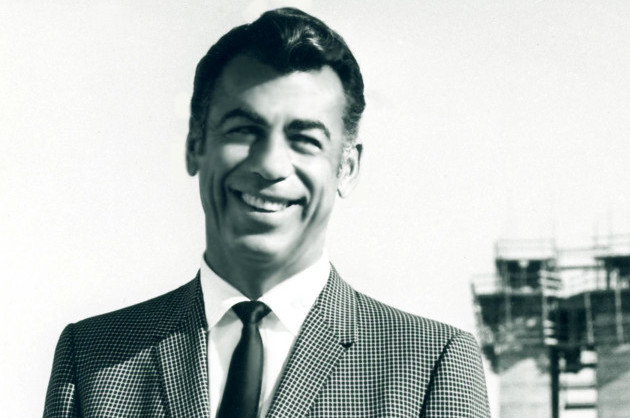 Las Vegas, NV, USA — MGM Resorts International honors the memory of Kirk (Kerkor) Kerkorian, the company’s founder, who passed away June 8.  On June 6, he had turned 98.

Mr. Kerkorian was a quiet but powerful force behind the transformation of the Las Vegas Strip into one of the world’s most popular tourist destinations, through the development of the International, MGM and MGM Grand.   He also owned various assets of the MGM studios and film libraries throughout the years.

Mr. Kerkorian’s contributions to the world of themed entertainment ranged from the current MGM Grand resort on the Las Vegas Strip, with its original centerpiece Wizard of Oz show, VFX special effects stage spectacular, and MGM Grand Adventures Theme Park to a licensing agreement with the Walt Disney Company for the MGM name, logo, and film properties to be used at a Hollywood themed park at the Walt Disney World resort.  Many of the MGM licenses, including Casablanca and The Wizard of Oz can still be experienced on The Great Movie Ride and Disney’s Hollywood Studios.

He was also a generous humanitarian who donated hundreds of millions of dollars to charities worldwide.

“MGM Resorts and our family of 62,000 employees are honoring the memory of a great man, a great business leader, a great community leader, an innovator, and one of our country’s greatest generation,” said Jim Murren, Chairman & CEO of MGM Resorts International. “Mr. Kerkorian combined brilliant business insight with steadfast integrity to become one of the most reputable and influential financiers of our time,” Murren said.

“Personally, he was a friend and coach, who taught me the importance in looking forward, and to look back only to understand how things could be done better,” Murren concluded.

“Our thoughts and prayers are with his family, friends and his many business associates.”

Mr. Kerkorian owned Beverly Hills-based Tracinda Corporation, a private investment firm. He was a founding member of the Board of Directors of MGM Resorts, and had served with distinction as Director Emeritus since 2011.

He is survived by two daughters, Tracy Kerkorian and Linda Ross Hilton Kemper, and three grandchildren. He is preceded in death by his parents, Ahron and Lily Kerkorian.

Joe Kleimanhttp://wwww.themedreality.com
Raised in San Diego on theme parks, zoos, and IMAX films, InPark's Senior Correspondent Joe Kleiman would expand his childhood loves into two decades as a projectionist and theater director within the giant screen industry. In addition to his work in commercial and museum operations, Joe has volunteered his time to animal husbandry at leading facilities in California and Texas and has played a leading management role for a number of performing arts companies. Joe previously served as News Editor and has remained a contributing author to InPark Magazine since 2011. HIs writing has also appeared in Sound & Communications, LF Examiner, Jim Hill Media, The Planetarian, Behind the Thrills, and MiceChat His blog, ThemedReality.com takes an unconventional look at the attractions industry. Follow on twitter @ThemesRenewed Joe lives in Sacramento, California with his wife, dog, and a ghost.
Share
Facebook
Twitter
Linkedin
Email
Print
WhatsApp
Pinterest
ReddIt
Tumblr
Previous articleCrystal Gale Headlining Second Weekend of SeaWorld Orlando’s “Celebrate America” Concert Series
Next article200 Seat Holovis Immersive Theatre to Open at Hot-Go Park in China Later This Year