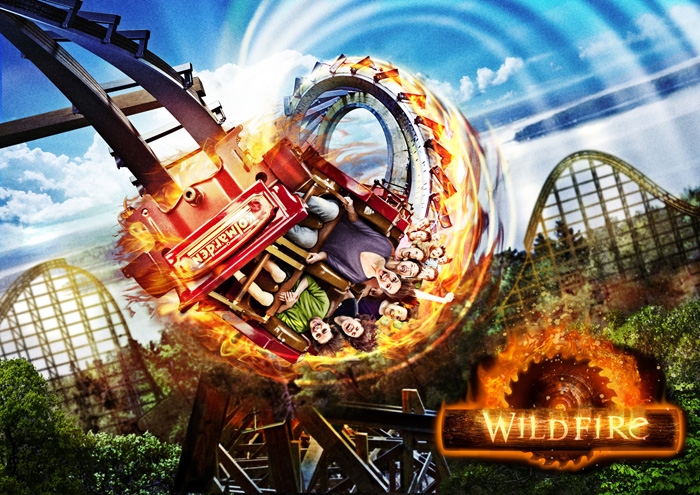 [quote]The two-minute ride through Kolmården’s dramatic terrain high above the waters of Bråviken bay, will make it the world’s best wooden coaster.” — Peter Osbeck, Ride Manager at Parks and Resorts[/quote]

At the top of the first climb, you are 132 metres above the blue waters of Bråviken bay, with a fantastic view over Kolmården’s beautiful scenery. At the crest, the view suddenly gives way as you plunge 49 metres down toward the bottom of the ravine at an 83-degree angle in free fall. Your speed will pass 110 km/h as you approach the start of the next ascent and enter an ‘Inverted Zero G Stall’. You are weightless! The train speeds onwards through the woods along the 1.3 kilometre track. Wildfire races between the treetops and the sensation that the laws of physics are being broken continues right up to the end. 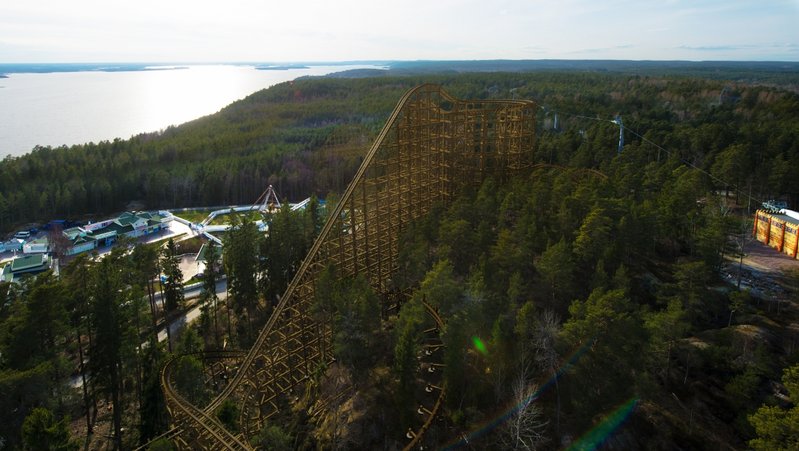 “For a long time, our goal has been to build the world’s best roller coaster at Kolmården. The challenge has been to develop a world class roller coaster that blends in with the extraordinary landscape and the park’s atmosphere. This has finally been made possible thanks to modern technology. We are delighted that this dream can finally be realised,” says Johan Tidstrand, principal owner of Parks and Resorts.

Wildfire, which will open at Kolmården in the spring of 2016, belongs to the new generation of wooden roller coasters. The ride is being built using new, patented technology that is revolutionising and pushing the boundaries for wooden coasters. The first roller coaster to use the new technology was built in 2013 at the Silver Dollar City theme park. Wildfire will be the first roller coaster of its type outside the USA. The result is a 57 metre high, 1.3 kilometre long track with a maximum speed of 113 km/h, three inversions and 12 airtime hills (4 with negative G). Wildfire will also be quieter than wooden roller coasters in general.

“We have taken some of the best elements of the world’s best roller coasters, added new ideas and created a unique ride. The result is Wildfire, a ride with so much air time, action and intensity that it has no equal. The two-minute ride through Kolmården’s dramatic terrain high above the waters of Bråviken bay, will make it the world’s best wooden coaster,” says Peter Osbeck, Ride Manager at Parks and Resorts. 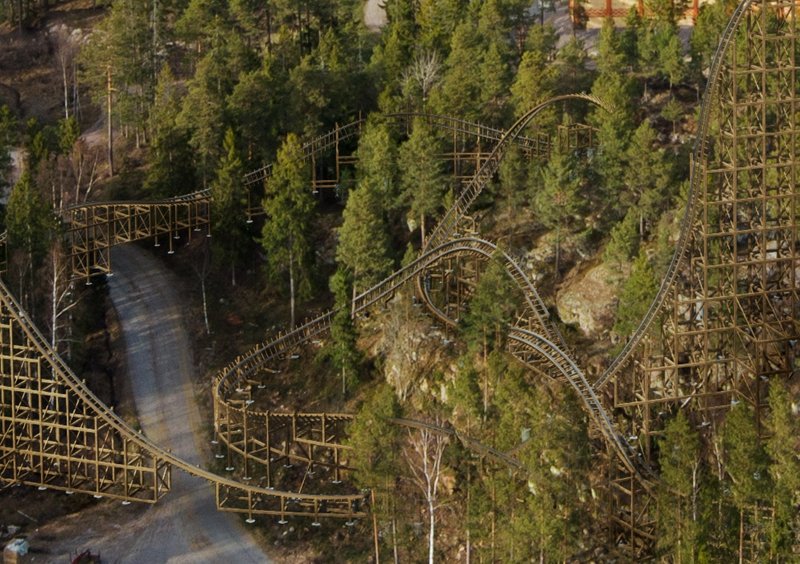 The investment in the new attraction amounts to SEK 110 million. Wildfire is being built using Swedish lumber.

“Wildfire, along with the other investments at the park, is being built in order to develop Kolmården as one of Sweden’s top destinations. By continuously expanding the park, Kolmården will become an even better destination and we can attract more visitors. This will enable us to reach out to more people with our public education initiatives,” says Mats Olsson, CEO at Kolmården.

The name Wildfire has a strong link to the natural and cultural history of the area. Wildfires helped to shape the landscape and have been critical to the unique biodiversity that has been preserved in the area until this day.

Wildfire is built by Rocky Mountain Construction. They will build the entire attraction including the trains. The track and trains are both their own patented designs. The trains for Wildfire will be custom designed. Vekoma, Rocky Mountain Construction’s European agent, is responsible for the power and control systems. The track design and layout is made by Alan Schilke, one of the world’s best coaster engineer.

Joe Kleimanhttp://wwww.themedreality.com
Raised in San Diego on theme parks, zoos, and IMAX films, InPark's Senior Correspondent Joe Kleiman would expand his childhood loves into two decades as a projectionist and theater director within the giant screen industry. In addition to his work in commercial and museum operations, Joe has volunteered his time to animal husbandry at leading facilities in California and Texas and has played a leading management role for a number of performing arts companies. Joe previously served as News Editor and has remained a contributing author to InPark Magazine since 2011. HIs writing has also appeared in Sound & Communications, LF Examiner, Jim Hill Media, The Planetarian, Behind the Thrills, and MiceChat His blog, ThemedReality.com takes an unconventional look at the attractions industry. Follow on twitter @ThemesRenewed Joe lives in Sacramento, California with his wife, dog, and a ghost.
Share
Facebook
Twitter
Linkedin
Email
Print
WhatsApp
Pinterest
ReddIt
Tumblr
Previous article
PGAV’s Chimelong Ocean Kingdom Breaks Five Guinness Records
Next article
Kings Dominion Turns Back the Clock For 40 Years of Family Fun