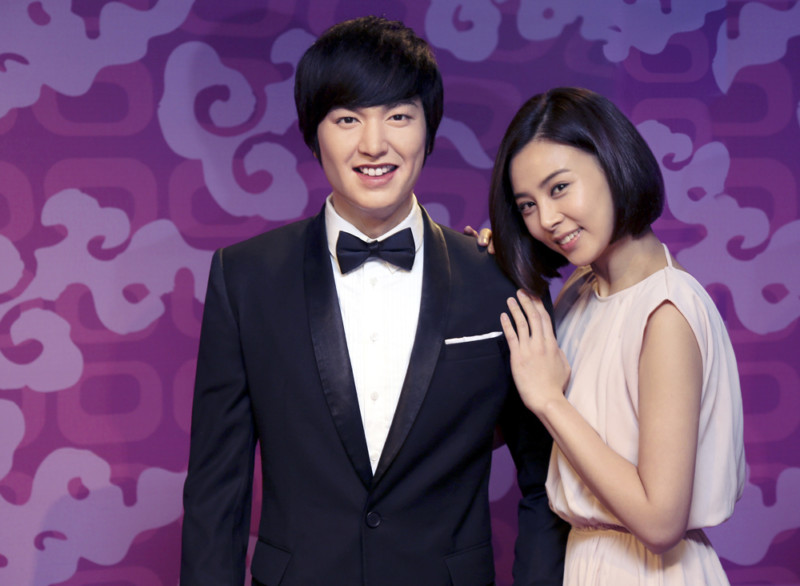 Hong Kong — Madame Tussauds Hong Kong is set to welcome its second Korean star to the attraction. Whether it is the handsome Kim Tan from the Korean drama ‘The Heirs’ or the sunny boy that fans know him as, Lee Minho’s wax figure will be launched at Madame Tussauds Hong Kong in January. The figure will be ready to meet local fans and share the happiness of his achievements at ‘SBS 2013 Drama Awards’ – which saw him win 5 awards earlier this month.

Lee Minho started his acting career in 2006 and after a few years of training, while his breakthrough came in 2009 with the lead role of Gu Jun-pyo in Boys Over Flowers. Boasting good looks and unrivalled acting skills, he subsequently starred in the hit action drama City Hunter, where Lee quickly became Asia’s hottest male actor and model. He was recently awarded 5 accolades for his role in The Heirs: ‘Top Excellence Award’, ‘Most Popular Star Award’, ‘Top 10 Stars Award’, ‘Best Dressed’ and ‘Best Couple Award’ with Park Shin-hye, becoming the most award-winning actor to be recognized by industry professionals.

Lee Minho is currently one of Asia’s most popular actors, winning viewers with his attractive smile. Lee’s wax figure was lent by Madame Tussauds Shanghai to be on display at the Hong Kong attraction. His personal stylist has helped to design his exclusive wax figure, displaying the new generation Korean star in a slim black suit jacket and bowtie.

‘We regularly conduct surveys to ask guests for their feedback on which wax figures they would like to see, to ensure we’re in-line with ongoing trends. We are proud to announce the highly acclaimed actor, Lee Minho, as our first wax figure in entering the New Year. We believe that this gleaming star will become a highlight for Madame Tussauds Hong Kong in the coming months – a celebration of his recent award-winning performance,’ says Kelly Mak, General Manager of Madame Tussauds Hong Kong.

Lee Minho’s all new wax figure will be on display through March 31.

Joe Kleimanhttp://wwww.themedreality.com
Raised in San Diego on theme parks, zoos, and IMAX films, InPark's Senior Correspondent Joe Kleiman would expand his childhood loves into two decades as a projectionist and theater director within the giant screen industry. In addition to his work in commercial and museum operations, Joe has volunteered his time to animal husbandry at leading facilities in California and Texas and has played a leading management role for a number of performing arts companies. Joe previously served as News Editor and has remained a contributing author to InPark Magazine since 2011. HIs writing has also appeared in Sound & Communications, LF Examiner, Jim Hill Media, The Planetarian, Behind the Thrills, and MiceChat His blog, ThemedReality.com takes an unconventional look at the attractions industry. Follow on twitter @ThemesRenewed Joe lives in Sacramento, California with his wife, dog, and a ghost.
Share
Facebook
Twitter
Linkedin
Email
Print
WhatsApp
Pinterest
ReddIt
Tumblr
Previous article
Photo Galleries from IAAPA 2013
Next article
Jack Rouse Associates to Provide Final Design For New Childrens Museum in Sioux City