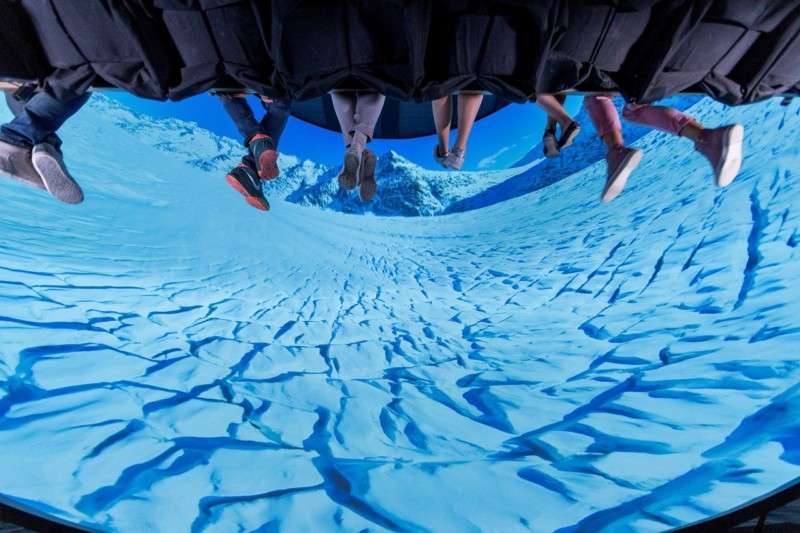 Dreams of flying are as old as humanity itself and visitors to Germany’s Europa-Park are closer to that dream thanks to Christie® Mirage 4K35 projectors and Kraftwerk Living Technologies (KLT).

The Voletarium, a new attraction at the Europa-Park in Rust, Germany, is a ‘flying theater’ consisting of two dome-shaped screens measuring over 4,500 total square feet. The Voletarium invites guests – 70 at a time in chairlift-style gondolas – on a fantasy-filled, 3D journey over 15 landmarks and landscapes from across Europe. For the projection, Kraftwerk Living Technologies selected the 4K resolution, 120 Hz, and high light output of three Christie Mirage 4K35 projectors per screen. 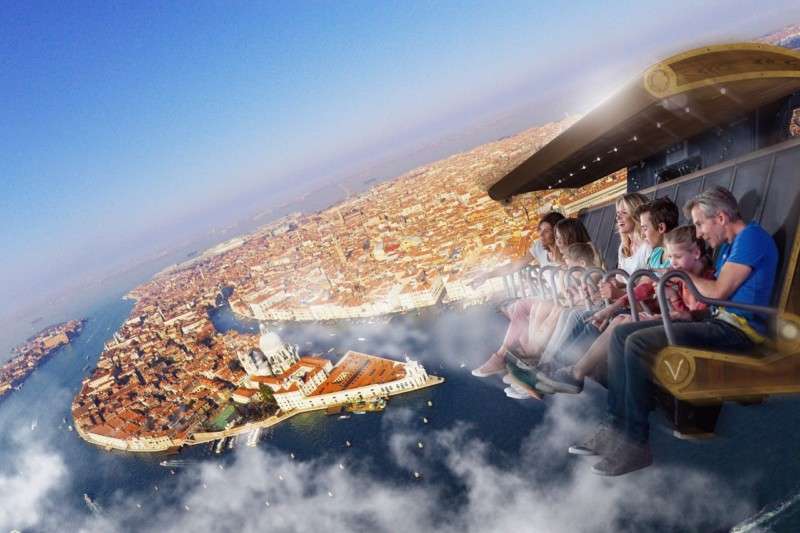 Intricate planning and execution by Kraftwerk and Christie

For the breathtaking projections onto the dome-shaped screens, flyover films were made of 14 scenes containing famous European landscapes. Additional effects including wind, water and appropriate fragrances intensify the weightless feeling guests have as they fly through the ride.

Thomas Gellermann, Head of Research and Development at Kraftwerk Living Technologies, explained, “Visitors to the Voletarium sit right in the middle of events, inside the screen, so to speak – not outside it or in front of it, but inside it. This gives them a feeling of flying similar to the feeling you get in a simulator, as their entire field of vision of around 180/120 degrees is covered. The interaction of ingenious technologies results in an intensive experience; and, of course, the outstanding images are also crucial.” 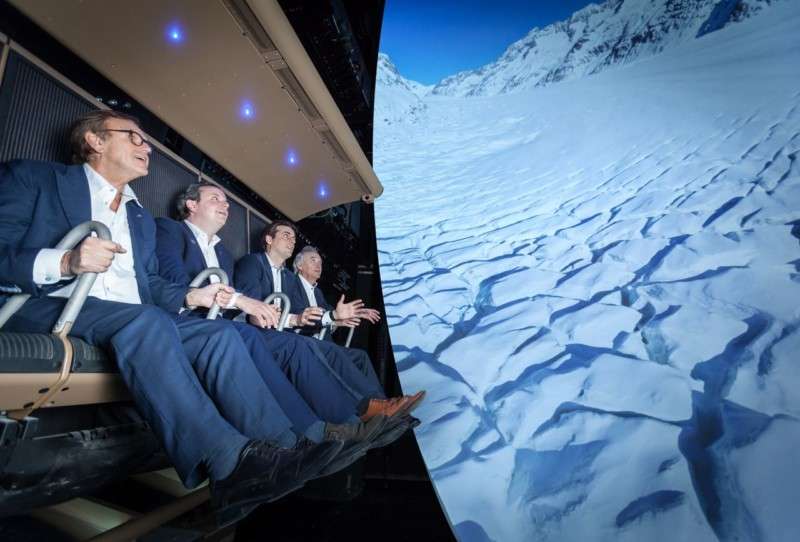 The decision was made to use a multi-channel projection solution with three 4K projectors rather than a single-projector solution, as used in some other flying theater attractions.

“We offered a multi-channel projection solution because it allows a higher light output, as well as higher resolution. In addition to this, you end up with a much more immersive experience than if you have just the one projector in the center,” said Gellermann.

To intensify the experience, KLT selected both 4K resolution and 120 frames per second and as Gellermann added, “We have used these projectors for various other projects already and have been very content with their performance so far.”

Aldric Muller, Project Manager for AV Media in Europa-Park, added, “In Europa-Park we have been using two Christie projectors for quite some time now in our 4D cinema. So we were familiar with their high-quality, bright 3D picture reproduction and reliability.”

Joe Kleimanhttp://wwww.themedreality.com
Raised in San Diego on theme parks, zoos, and IMAX films, InPark's Senior Correspondent Joe Kleiman would expand his childhood loves into two decades as a projectionist and theater director within the giant screen industry. In addition to his work in commercial and museum operations, Joe has volunteered his time to animal husbandry at leading facilities in California and Texas and has played a leading management role for a number of performing arts companies. Joe previously served as News Editor and has remained a contributing author to InPark Magazine since 2011. HIs writing has also appeared in Sound & Communications, LF Examiner, Jim Hill Media, The Planetarian, Behind the Thrills, and MiceChat His blog, ThemedReality.com takes an unconventional look at the attractions industry. Follow on twitter @ThemesRenewed Joe lives in Sacramento, California with his wife, dog, and a ghost.
Share
Facebook
Twitter
Linkedin
Email
Print
WhatsApp
Pinterest
ReddIt
Tumblr
Previous articleBIE selects Osaka as host city for Expo 2025
Next articleImpact Attractions launches at IAAPA with world’s first sustainable play attraction